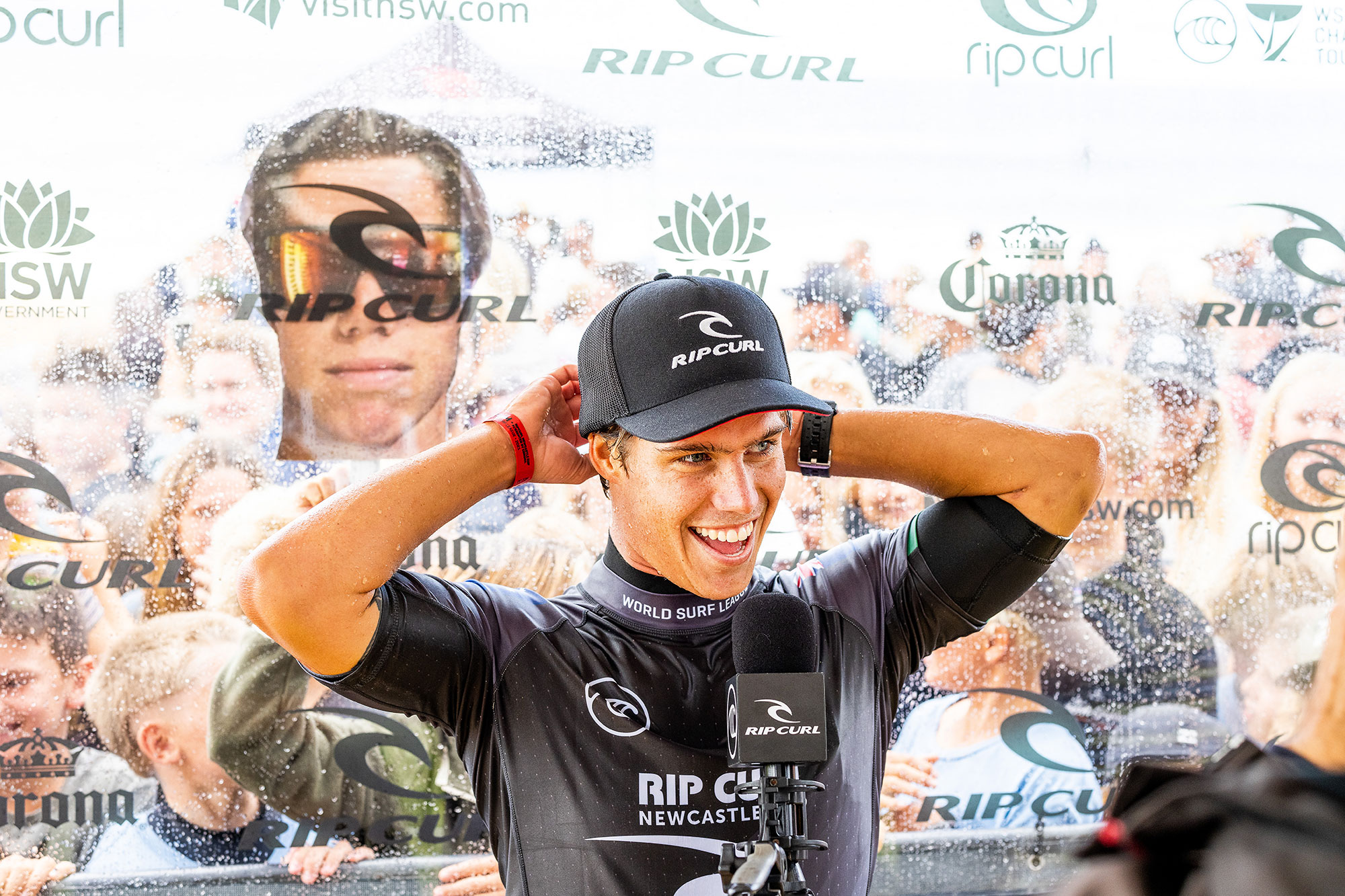 Australian ripper Morgan Cibilic is a ‘CT rookie who likely just surfed the heat of his life (he’s also the star of “Postcards from Morgs“, which you should definitely watch). Yesterday, during Day 3 of the Rip Curl Newcastle Cup, Cibilic went head-to-head with current-world-No.1 and not only out-maneuvered 2x World Champ John John Florence, he also scored the event’s highest heat total so far. Oh yea, and he did so with a broken toe.

Think the young gun deserved the win over an always-in-form JJF? Hit play above, read through the WSL’s recap of the day below and then let us know what you think in the comment section.

Shock Elimination for World No. 1 Florence by Rookie Cibilic

In a major event upset, CT rookie Morgan Cibilic (AUS) eliminated John John Florence (HAW), current World No. 1 and two-time WSL Champion, in the Round of 32. Following a foot injury, it was thought that Cibilic might have withdrawn from the event as he was unable to walk. To everyone’s surprise, Cibilic fought through the pain of his toe fracture to score an excellent 17.13 two-wave total (out of a possible 20) to Florence’s 13.16 combined score. The 21-year old will advance to the Round of 16, where he will face compatriot Wade Carmichael.

“I feel like I just won the event,” Cibilic said. “I’m so glad the event didn’t run for a few days because I haven’t been able to surf for almost four days. If we ran yesterday, I don’t think I would have been able to compete. I still had so much bruising around my foot. It’s really settled down overnight, so I was glad to get out there this morning. I’ve surfed events with burst eardrums, knee injuries and now a fractured toe, it seems to work for me and keep me composed. I’m so excited to win.”

“I wanted to get out of my comfort zone,” Medina said. “I wanted to try something different because I’m getting old. I know my sister is coming up, you know, my dad’s going to take care of my sister. I’m pretty sure she will be here one day and he’s the right guy to do it. So I’m here working with Andy King. He’s giving me the confidence to do it, so that’s the guy I need on my corner and to have that knowledge of being a goofy and having experience here is a big advantage, so I feel good. He also pays lots of attention to boards and maneuvers, which is interesting and helpful to me.”

2015 WSL Champion Adriana de Souza (BRA) competed in his 500th CT heat today in the Round of 32. De Souza celebrated the feat with a win over Jeremy Flores (FRA) in Heat 3. He will now advance to the Round of 16, where he will match with Julian Wilson (AUS). Last year, De Souza announced that 2021 will be his final year on the CT before retiring from full-time competition.

“I went into that heat trying to be as relaxed as I could,” De Souza said. “ I’m not fighting for my points anymore, just for my best performance. My first few rounds were super tough and I had close losses so I analyzed them at least 20,000 times to understand where I went wrong. In Round 2, I felt more prepared but this round I felt fully prepared. Jeremy Flores is such a great competitor and he really pushes me. We have had a long rivalry but a lot of respect for one another. I’m hoping I can keep these performances coming for the next few days of the event.”

Reigning WSL Champion Italo Ferreira (BRA) had his work cut out as he came up against Merewether Surfboard Club’s wildcard Jackson Baker (AUS). He narrowly defeated the local favorite by only 1.60-points with the exciting goofy-foot extending his lead on his final ride. The Brazilian standout progresses into the Round of 16 where he will take on Californian youngster Griffin Colapinto (USA).

For the fourth time in three events, CT stalwart Julian Wilson (AUS) matched up with 2021 CT Rookie Jack Robinson (AUS). With Robinson already banking two wins over Wilson, Wilson was eager to get his second victory over the youngster. It was a close heat down to the wire until Robinson, needing a score, blocked Wilson and was penalized with an interference, meaning he lost his second score, leaving Wilson to progress into the Round of 16.

“That was a good heat,” Wilson said. “I’m stoked to see that Jack (Robinson) has the fire to compete. He’s very talented and obviously got a win over me at Pipe, which I was super bummed about and I came here and got two back on him, which felt good. He’s one of my favorite surfers to watch and we will have plenty of more heats with each other, but he’s got to learn to get out of the way when I’ve got priority.”