Anything is Possible / The Sky Brown Interview 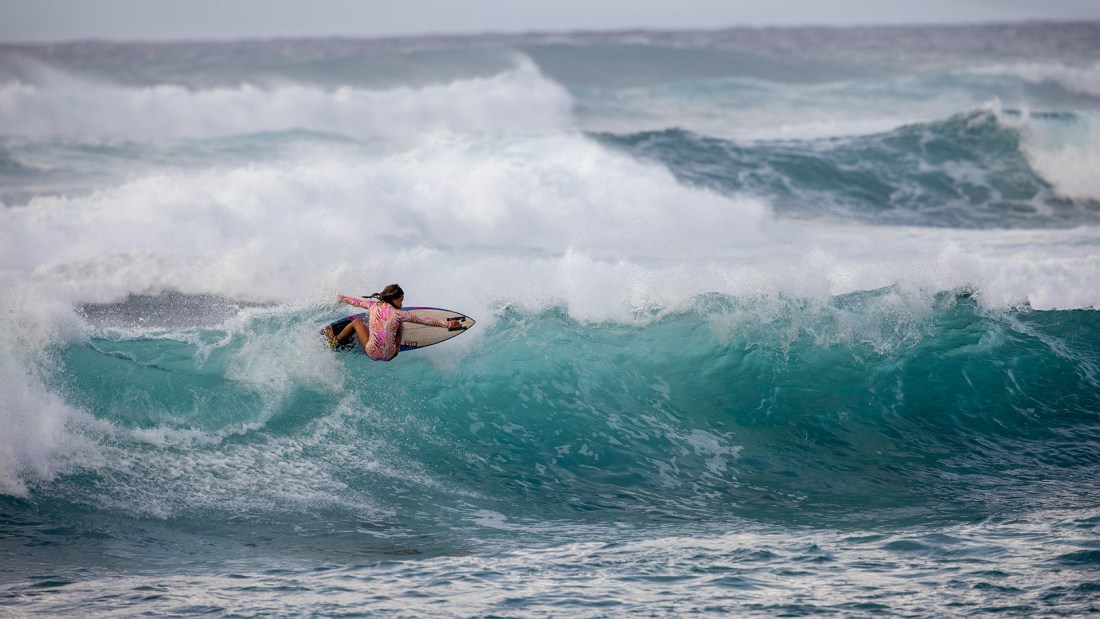 Big things come in small packages – 12 years old Sky Brown is case and point. The pint-size goofyfoot ripper has been blowing minds on her skateboard, surfboard, and the dance floor for some time now. Hard to believe, with her not even being a teenager yet. This action-sports darling and future olympian made her debut visit to the North Shore this spring and Freesurf caught up with young Sky between her sessions at the Banzai SkatePark and the real Banzai across the street.

You had one of the worst slams in recent memory on your skateboard, how did you overcome that, and fear in general?
Falling down is a part of life and part of skateboarding. That was just an accident. I was just skating, like normal, and it just happens, it’s a part of life. But, that can’t stop you from doing what you want to do. You just need to keep going and just overcome it. I was just excited to get back on my board. I wasn’t really scared or anything. I wanted to show girls that even if you fall, you just gotta get back up. I know everything on Instagram and stuff like that looks perfect, but I want to show that people that everyone falls, but you have to get back up.

What has it been like joining the Billabong team?
It’s been really fun to be in Hawaii and staying at the Billabong house. I’ve been surfing and skating a lot with Jackson Dorian. The waves have been pretty fun. The water’s nice. It’s warm. One of the best trips ever. It’s really nice.

How was your first time out at pipeline?
It was actually pretty big out. But, it was just so cool to see in real life and just seeing all the surfers catch waves. It’s kind of scary, but I feel I’m a little more used to it now. But, it was really fun

Are there things about skateboarding that you’d like to see in surfing?
I think people could start doing kickflips on their surfboards. I bet that would be hard, but I would be pretty sick. I like going up in the air, flipping the board and catching it, like a kickflip indie. That’d be cool to do in the water.

Where do you see yourself in the next five years?
Doing the same thing as now. Maybe dancing more, singing more, maybe trying some other new sports. I’d like to travel more, maybe go to Cambodia again. I’d love to travel a lot and teach kids how to skate.