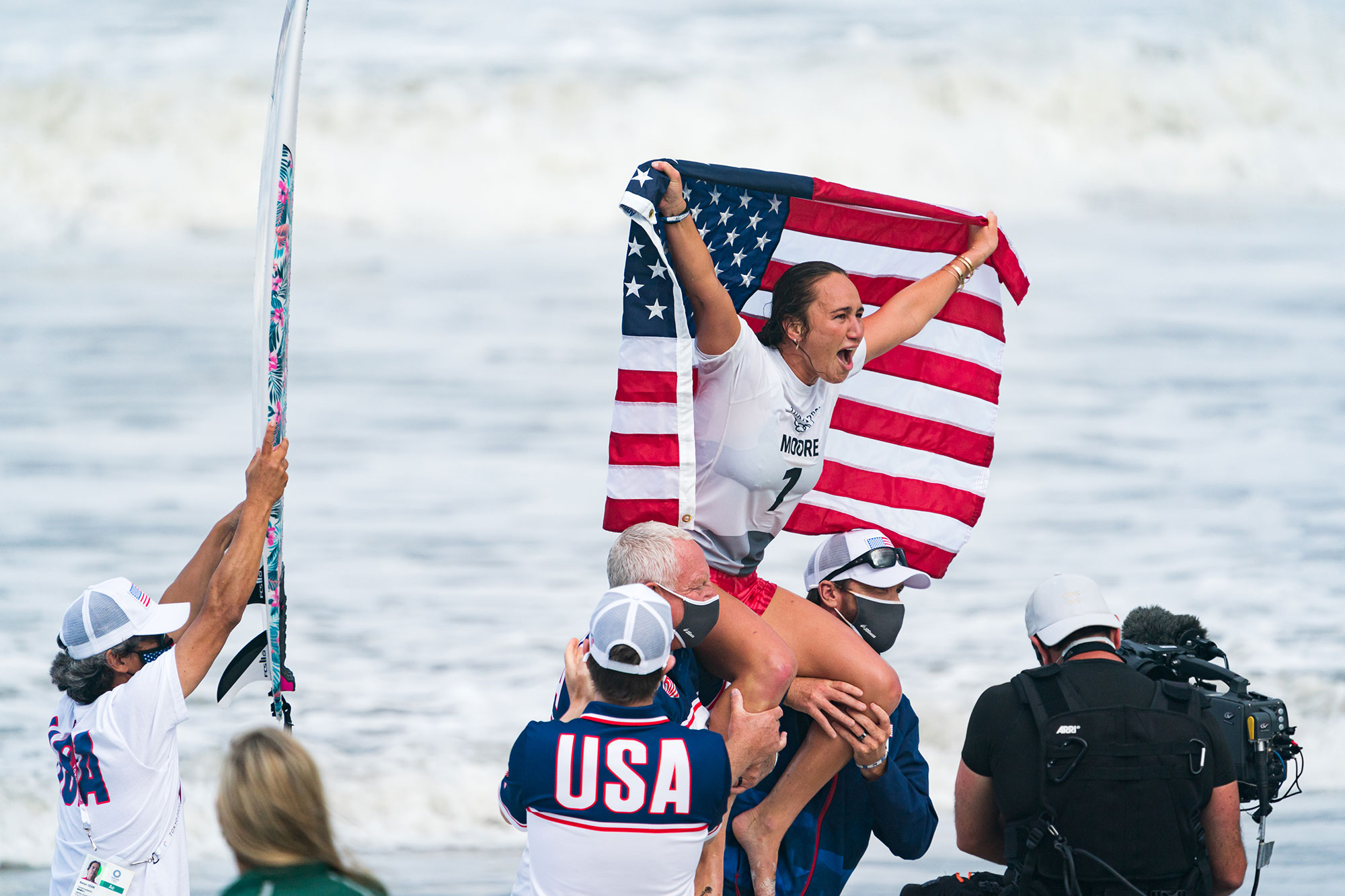 For the past four years, surfers far and wide have been speculating about how surfing will land in its Olympic debut and about whether or not the waves will be good enough to do the sport justice. Well over the last few days, 14 of the world’s best surfers proved that surfing rightfully belongs in the Olympic Games.

After a long weekend of back-to-back rounds, a few upsets and a surprisingly fun-looking swell, six surfers got to climb the Olympic podium and don chunks of medal around their necks. On the women’s side of the draw, Japan’s Amuro Tsuzuki took home the bronze after edging Caroline Marks out of the draw and South Africa’s Bianca Bianca Buitendag secured silver after 4x World Champ Carissa Moore ripped her way to Olympic victory in a heart-tugging final.

On the men’s side, the bronze medal went to big dog Owen Wright while Kanoa Igarashi claimed silver for the host country. Italo Ferreira, the reigning World Champ would do just about anything to win at the Olympics (like compete in jean shorts), took home the gold for Team Brazil. To celebrate his win, he did a back flip off the podium.

For a recap of surfing’s debut and to rewatch all the highlights from the historical event, check out the below and click here and here.