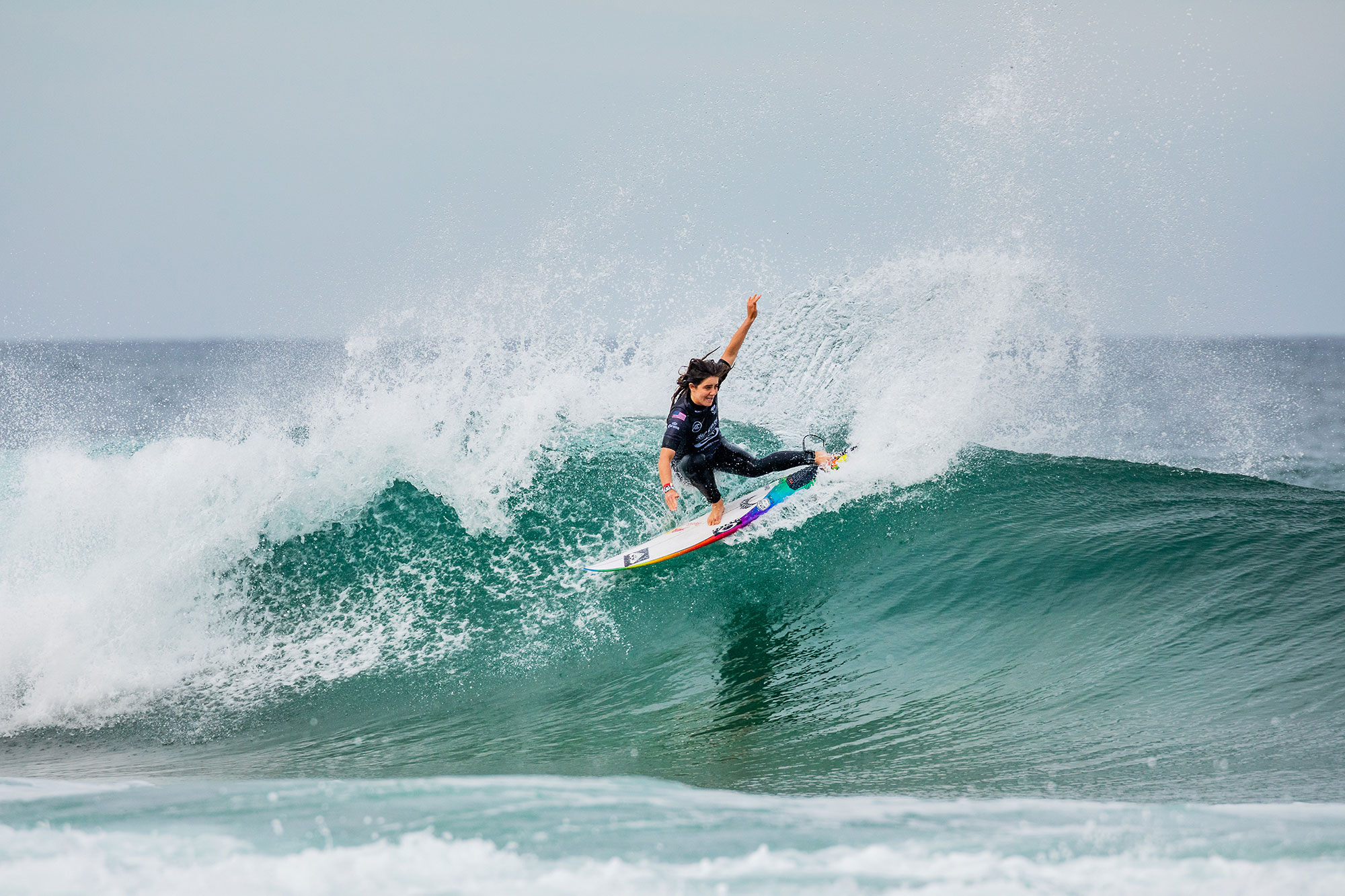 If you spent any time on Instagram yesterday, you likely saw (or got caught up in) the debate surrounding Italo Ferreira’s lofty backside air during his Round 16 match-up against Conner Coffin. In the last 6 minutes of the heat, Ferreira launched himself skyward on a right to the applause of everyone on the beach. Well, minus the applause of the judges.

To the surprise of some, the judges gave Ferreira’s punt a measly 1.80, which led to him bowing out of the event to Coffin. The surfy internet was thus set ablaze with people arguing whether or not it was a make–and if Ferreira was cheated of a score.

But the event continued to unfold. Gabriel Medina took the men’s side of the draw and Caroline Marks dominated the women’s. Keep reading for the WSL’s recap of the event’s final days:

Two-time World Champion Gabriel Medina (BRA) held nothing back in the Final of the Rip Curl Narrabeen Cup, posting the highest two-wave combination of the entire event to overcome Californian Conner Coffin (USA) for his 15th CT victory. Medina posted his excellent 18.77 heat total (out of a possible 20) within the first 15 minutes of the 35-minute Final with back-to-back full-rotation air-reverses.

“I haven’t had this winning feeling for a while and it feels amazing,” Medina said. “It feels good to put on that sort of a performance in a Final. Sticking my airs and hearing the crowd chant my name was really cool. I’ve had a few finals recently but was making some mistakes, but it feels good to come back here and fix my mistakes. I feel like I got better and am so happy with my performance. This has been a fun week. I’ve never had such a good time here in Australia. The Northern Beaches have been so nice, the food, the beaches, the people. We have had so much amazing support on the beach as well, it’s just been so fun.”

Today’s win puts Medina up to World No. 1 and gives him his best-ever start to a season, a terrifying prospect for the rest of the WSL Championship Tour field. The top-ranking surfer before the Rip Curl WSL Finals will have a major advantage over the Top 5 as they will be seeded into the Final Heat of the day for a best-of-three battle. Medina’s lead will be critical to his campaign on the road to the Rip Curl WSL Finals in order to give himself the best shot at his third World Title.

Although he was put in a combination situation for the entire heat (needing two scores to take the lead), Coffin leaves North Narrabeen matching the best result of his career. On his way to the Final, Coffin took down reigning World Champion Italo Ferreira (BRA) along with Griffin Colapinto (USA) and Kanoa Igarashi (JPN) with his consistent and powerful rail game. Coffin will head to Margaret River sitting in fourth place on the rankings, a career-best for the 27-year-old in his fifth year on CT.

“I’m so stoked to make it into another Final,” said Coffin. “I got so smoked, but I had a good time. Gabby (Medina) is such an incredible surfer, so it was always going to be tough but his performance just then was so incredible so it was actually just cool to be a part of that. I’ve had an amazing time so far in Australia and have managed to put up back-to-back results so I’m really happy.”

Caroline Marks (USA) earned her third CT victory today after defeating fellow goofy-footer Tatiana Weston-Webb (BRA) in the Final, Courtney Conlogue (USA) in the Semifinals, and Johanne Defay (FRA) in the Quarterfinals. Marks displayed incredible poise and control on her frontside, gouging the bowling lefts of North Narrabeen. Known as having one of the best backhand attacks on the CT, today Marks proved her forehand is not to be underestimated either.

“I feel so emotional actually after everything that’s led to getting here,” Marks said. “I’m just so stoked. This is the sickest feeling ever. This has been really fun. It’s been so sick to go left in an event. Narrabeen has been amazing, and I want to thank all the locals for letting us take over this epic wave for the week. I also want to thank my family, support crew, and WSL for getting me here. I’m over the moon.”

Marks was the youngest-ever surfer to ever qualify for the CT when she was 15 years old and has taken the CT by storm. In 2019, only her second year on Tour, Marks came second in the world and became an Olympic qualifier for the United States. Now, with the new Rip Curl WSL Finals, Marks’ win today gets her one step closer to qualifying in the Final 5, where she could win her maiden World Title at her home break at Lower Trestles in San Clemente, California.

En route to the Final, Tatiana Weston-Webb (BRA) took down four-time WSL Champion Carissa Moore (HAW) in the Semifinals and Sally Fitzgibbons (AUS) in the Semifinals. The Brazilian was unable to overcome Marks in her eighth Finals appearance, but her efforts move her up from World No. 5 to World No. 3 on the rankings, furthering her into the Final 5.

“Going left in an event for me is a dream come true for me,” Weston-Webb said. “I was proud of my surfing this week in Narrabeen. Newcastle definitely wasn’t my best result. Even though I felt like I surfed well there I felt like I didn’t capitalize on my opportunities. Coming to Narrabeen was all about a change of pace and momentum for myself and just to show everyone that I’ve been working on my surfing a lot. Now we head to West Aus, which is a place I love, so I’m looking forward to keeping a roll going.”

For the first time this season, Moore did not make the Final and was eliminated in equal 3rd place. Despite the Semifinal loss, the four-time WSL Champion is still in the top position on the rankings, thanks to her high placing in Narrabeen, win at Newcastle, and runner-up finish at Pipe.

Vans Celebrates 30 Years of the Half Cab

Vans Celebrates 30 Years of the Half Cab