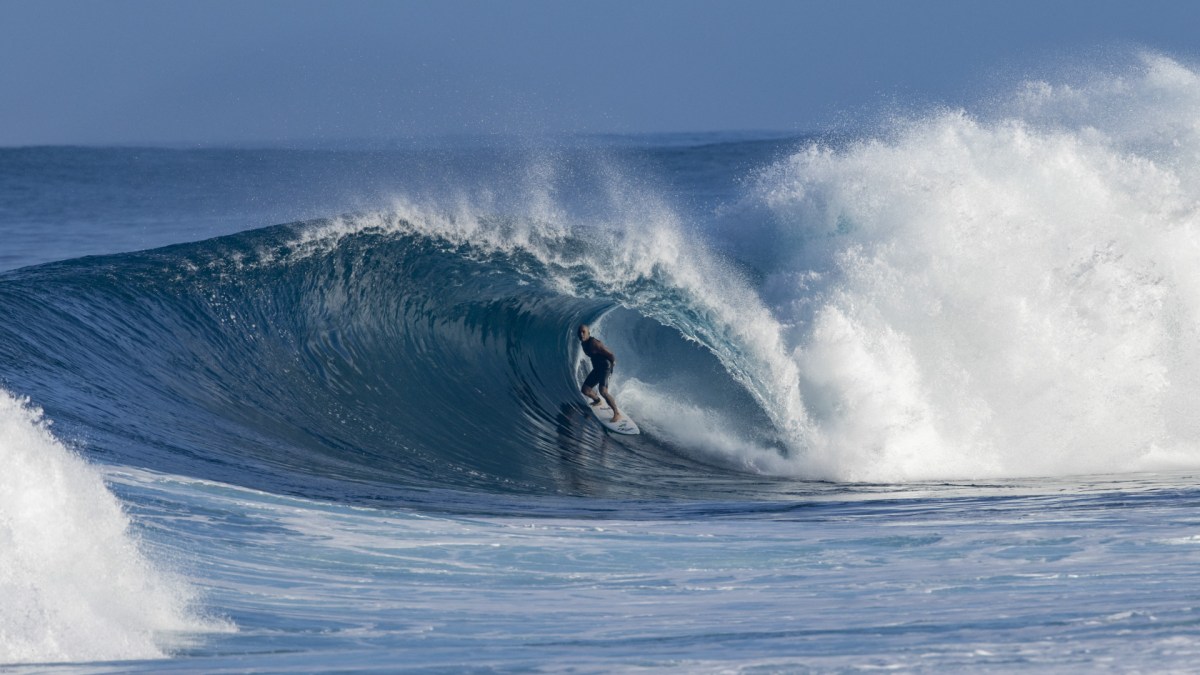 “This is a special treat for everyone at Freesurf mag, Mike Ho gets the cover, When’s the last time a 63 year old got the cover of a surf mag? And, we did not give this cover to Mike, he earned it.

I remember Mike as a kid, we were the same age, and I was watching him in the surf movies and seeing him in all the surf mags. He was the Mason Ho of his day, Haha! He was one of my heroes, and I loved that he was my age and just killing it!

I got to Hawaii in 75 and there he was out at Rockies and Sunset ripping it up just like he was in the movies. Well that was back in 1975 and here we are in 2021 and Mike is still one of the first guys out in the morning when the waves are pumping Backdoor Pipe. That day, I stumbled out of bed, got my two cups of coffee, and made it to the beach just in time to see Mike stand in the tube on the most beautiful wave of the day with his hands behind his back. Thank God, I skipped on my third cup that morning, otherwise I would have missed this.

I’m so stoked Mike got the cover and so stoked the shot was mine. I was in the water at Pipeline getting shots of him winning the Pipe Masters with a cast on his arm and I was shooting him in the water at Sunset when he got the biggest barrel of the day before it totally closed the channels out. Ive witnessed him surfing Waimea and Big Teahupoo. One of the best things of my career has been being around so much talent and getting this cover feels like it was meant to be my shot…

He’s truly a gift to surfing and an inspiration to me and all the other aging surfers. Mike’s only as old as he feels, and I don’t think that’s very old!
Keep on Rockin in the free world Mike!!!”