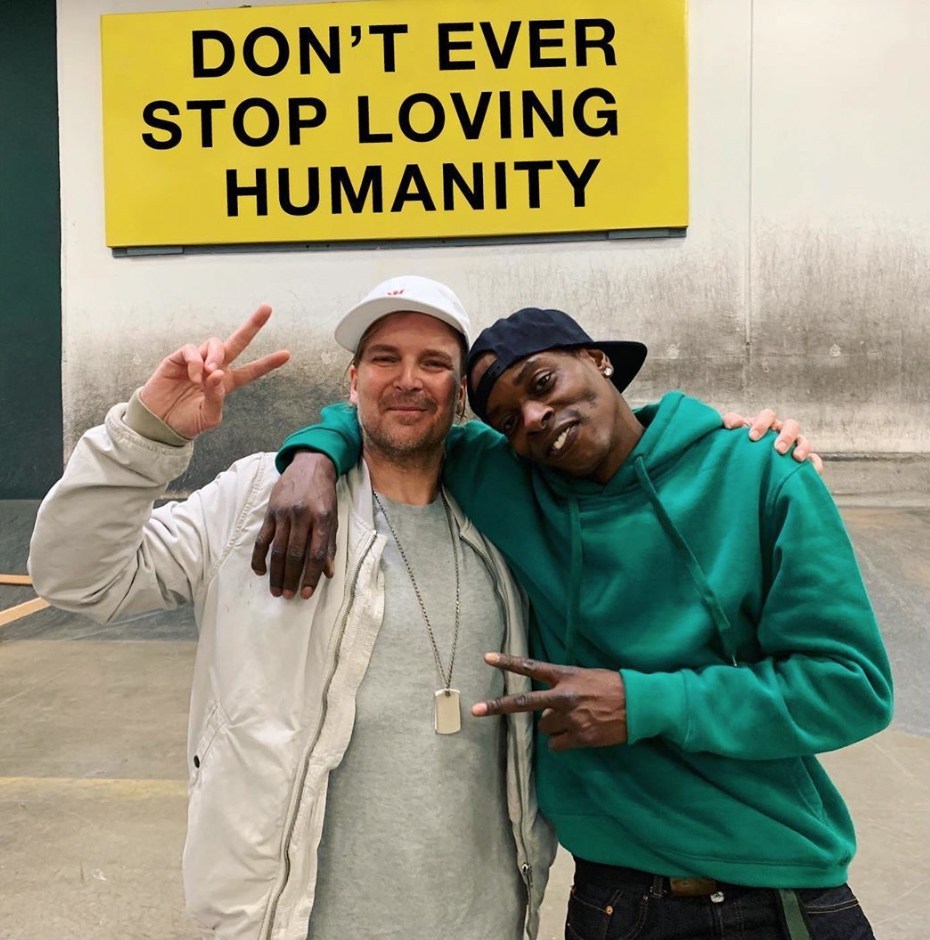 In a very unpresidented move in the skateboard world, Chad Muska announced on Instagram today that he is declining his Hall of Fame induction and wants it awarded to Kareem Campbell. How epic is that? The love and respect displayed by these two legends of ’90s skateboarding was a thing of beauty during these racially charged times. And it only reiterates why skateboarding is so awesome and unifies all of us. This made our day. Below is Chad’s statement with Kareem’s response below it.

CHAD MUSKA:
“With great thought I would like to announce that I am respectfully declining my induction into the Skateboarding Hall Of Fame this year.

I believe there is a global awakening taking place and I find it only right to also respectfully suggest that you allow Kareem Campbell to take my place.

I know Kareem would of made it in the Hall Of Fame without this suggestion, but I truly believe that now is the time to show the world the racial boundaries that Skateboarding, especially “Street Skateboarding” breaks.

I have traveled this world my entire life connecting with the most beautiful yet insanely diverse group of humans called skateboarders, our industry needs to celebrate and better represent this diversity in our institutions, business and media.

In no way is this an attack on The Skateboarding Hall Of Fame or any other media outlet, it’s just something I truly believe will be positive for the image of skateboarding and this world.

Kareem Campbell was such an influence and mentor to me, although I am not black, Hip Hop culture has always been a major part of my life, Kareem was one of the first skaters that felt like he was one of my friends and not some untouchable pro, but he just happened to be the best skater in the world!

The music he put in his videos, the team of skaters he formed, the shoes he designed and the company’s he built were the blue print for everything I went on to do.

It is only right that Kareem is inducted before me.

I would like to thank every single person who has ever supported me over all these years, without you, none of this would be possible.”

KAREEM CAMPBELL:
“Bruh, I am so honored and humble by your gesture and gratitude. Thank you from the bottom of my heart. My HOF moment will surely come and if not I already feel it because of the love and respect you have always shown. All politics to the side, you deserve this HOF induction and I proudly stand with you always and forever my brother. You are what skateboarding is and the true meaning of a skateboarder and friend. Much love and I am with you to the moon and back. Your friend, family and supporter you are amazing… Reemo #themuskahof (you deserve this.)”