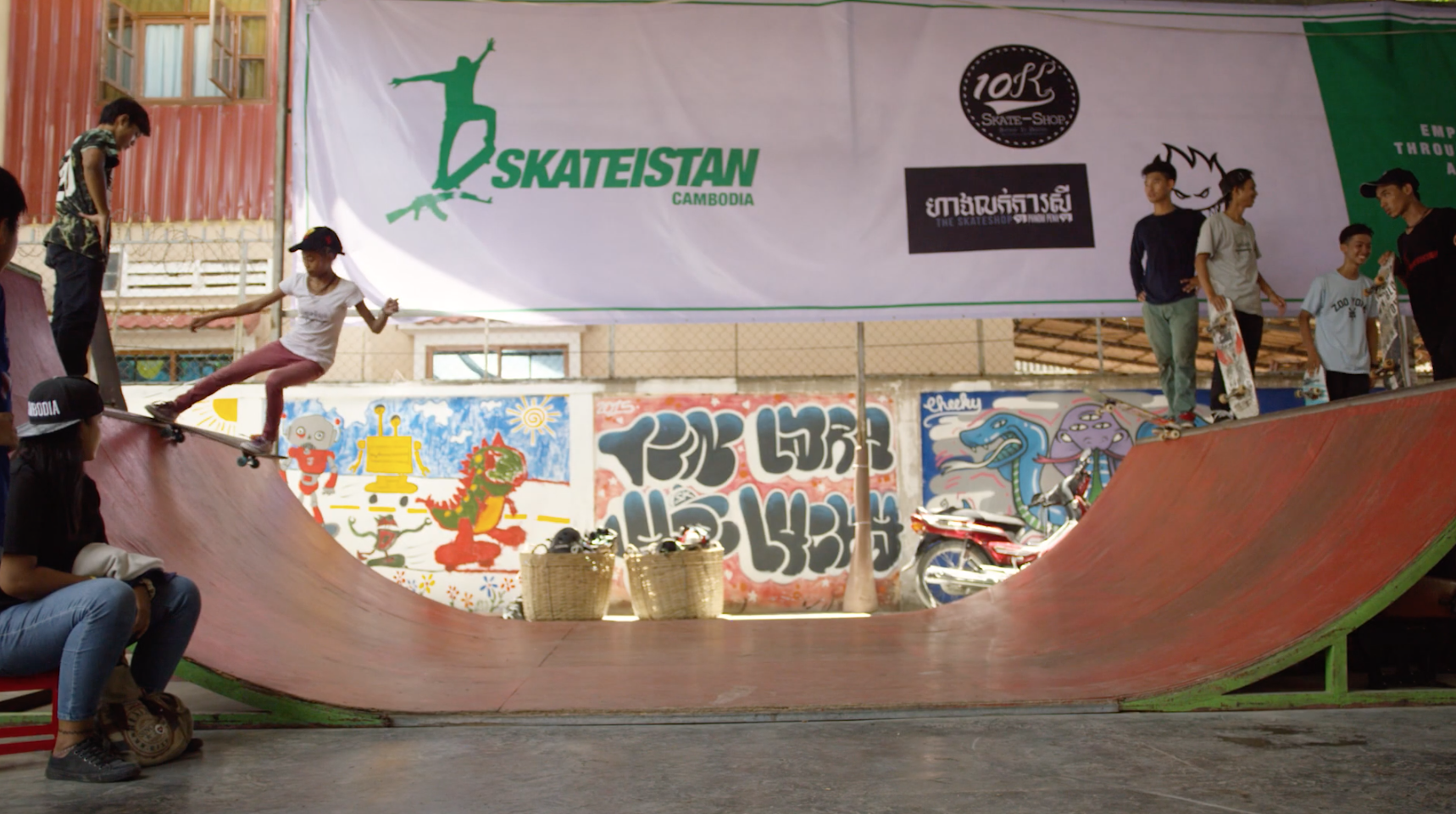 Skateistan, an international NGO which empowers children through skateboarding and education, launched a new campaign today called It’s Her Turn, focusing on girls’ empowerment and the importance of female role models for girls and young women.
Skateistan runs programs in its five locations around the world (Kabul, Mazar-e-Sharif and Bamyan in Afghanistan; Phnom Penh, Cambodia; and Johannesburg, South Africa) and focuses on providing safe spaces for girls, who are often excluded from sports and educational activities. Around half of Skateistan students are girls and all Skate Schools have female General Managers, providing role models for young girls who might otherwise be limited in their expectations. Because of Skateistan, the highest concentration of female skateboarders in the world can be found in northern Afghanistan.
It’s Her Turn aims to raise $75,000 and will run until the end of July. The campaign will benefit Skateistan students in Afghanistan, Cambodia and South Africa. Around the world, Skateistan has around 2,500 active students, half of whom are girls.
Visit www.skateistan.org/itsherturn to support the campaign.

About Skateistan
Skateistan is an award-winning international non-profit organization empowering over 2,500 children through skateboarding and education in Afghanistan, Cambodia and South Africa. Through their innovative programs, Outreach, Skate and Create, Back-to-School, Dropping In and Youth Leadership, Skateistan aims to give children the opportunity to become leaders for a better world. www.skateistan.org.