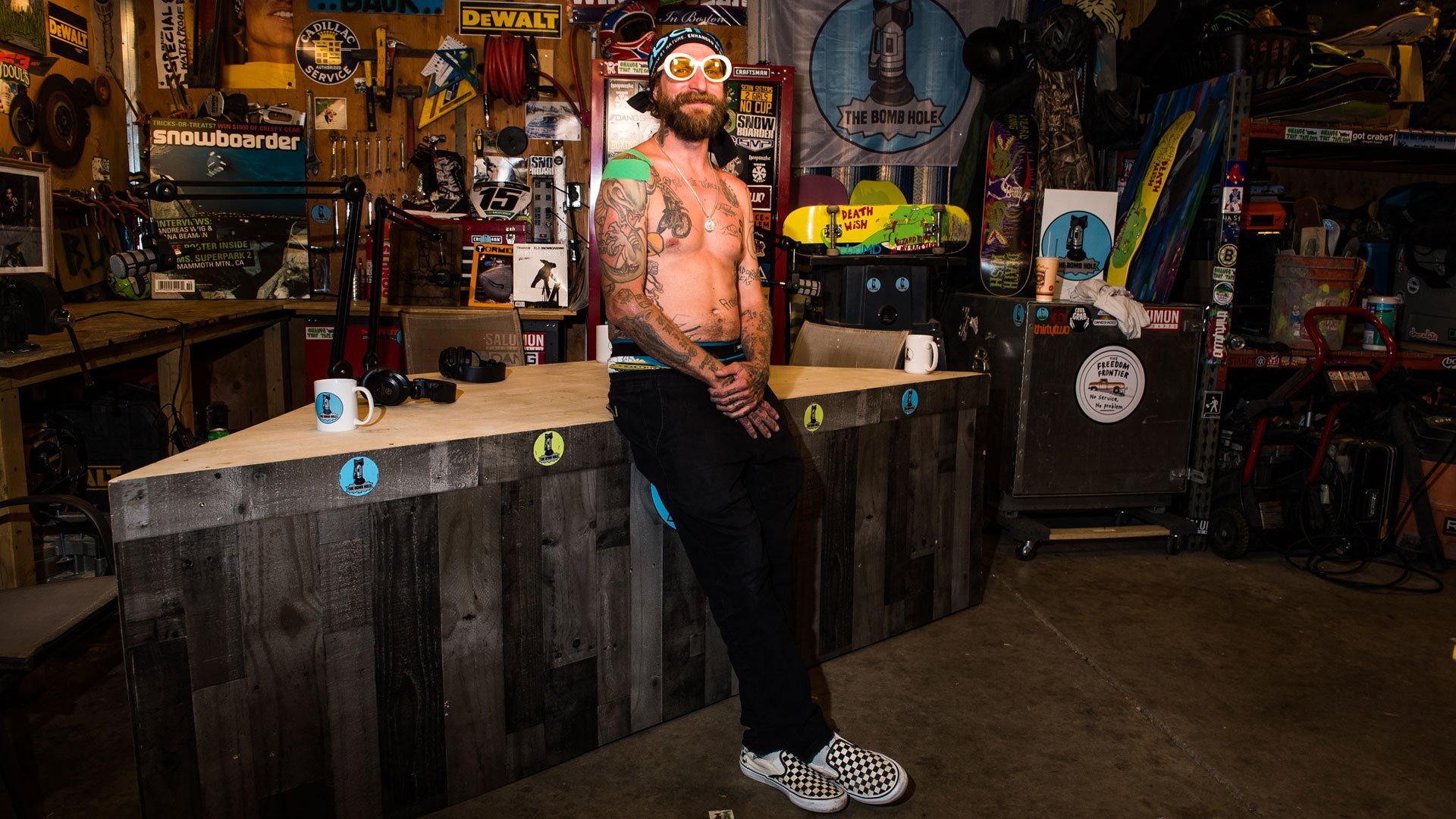 There are few characters in skateboarding or snowboarding today as colorful as Lizard King; naturally, he made for an exceptional podcast guest. Clear the schedule and put the passion up—this one is hilarious.

Pro skateboarder Lizard King talks mega ramp, insane partying, Fantasy Factory, sobriety, Skate 3, his brief snowboard career, being a father, making a ton of money and then spending a ton of money. Known for his party antics in the skate world, he eventually hit a rock bottom moment that led to sobriety and then the best skateboard video part of his career. He claims it’s all thanks to his strong bloodline, but if you spend any time at all with this guy, it’s easy to see he has more charisma in his pinky than most of us have in our whole body. Combine his amazing athletic ability and his attention to showmanship and it’s no wonder why he excels at any sport he focuses on, whether it’s skateboarding, snowboarding or biking. Lizard is the ultimate showman and one hell of a human. Sit back and loosen your belt a couple notches and get ready to laugh. The self-proclaimed Bomb Hole’s number one fan sits in the hot seat and tells all.