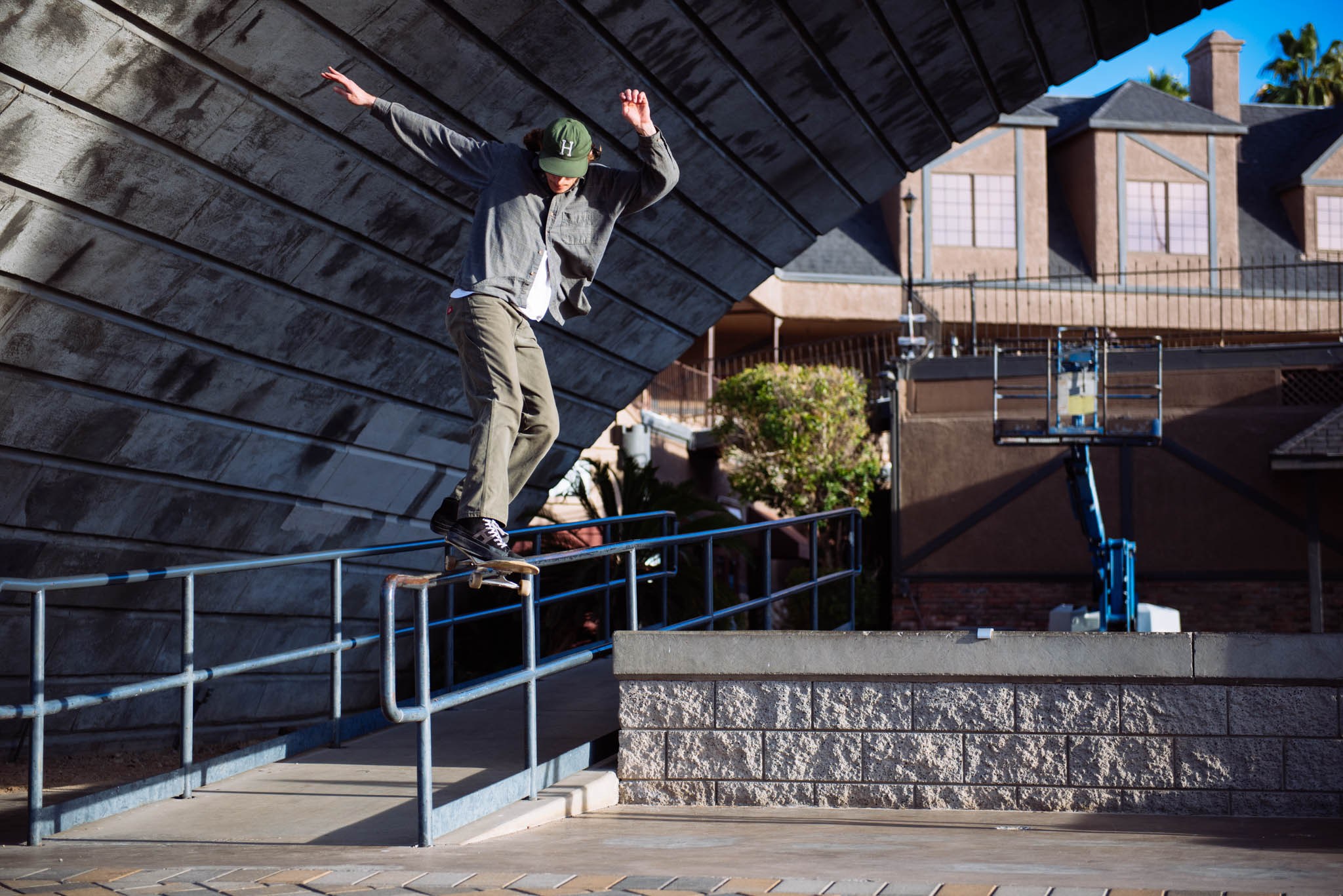 This is the CHALLERS final installment! We’ve been following and posting these guys’ feel-good homie videos for the past few years. We wanted to get some words of closure from bossman Kevin Martinez on this chapter-closing opus. Read on.

How long has this one been in the works?

We started filming for Volume 3 after the Chall video came out, so in the beginning of 2019, about a year and a half ago. There’re a few clips in there that are mad old though, for sure.

Where’d you guys film this one?

Most of the video was shot in the San Fernando Valley since it’s where most of us are from. We bought a van and took it to Vegas, Palm Springs, Wrightwood, Lake Havasu, Laughlin, Tempe and a few other places. The last trip we took was to Mexico City, and we flew there. The plan was to premiere Volume 3 there because it’s where Yael Pratz is from, and he closes the video out, but the Coronavirus fucked up all our plans. The premiere was canceled because the venue was closed due to Corona. We also had to fly back earlier than planned because the travel ban had us shook that we wouldn’t be able to return. This was during the time Trump closed the border to Canada and we thought Mexico was next. The first Airbnb we had was good, no issues, but we booked a second Airbnb for a month, and only stayed for a week. We got no refund too, because some dumb Airbnb policy about bookings longer than 30 days—which we broke because we booked for 31 days, so we got fucked. It’s chall though, next year we’ll be back.

Why is this the last video?

Volume 3 is the last of the volumes because Volume 4 would just be too much, OD for sure. I like a good trilogy. The World video Trilogy is high key my favorite video of all time. It makes sense to end the series after Volume 3, I mean do foos really wanna watch a Vol. 4, 5 or 6? I know I don’t. We got time to focus on other projects now. More trip videos, add some S-VHS C, or 16mm to that shit, and you challen’. Every volume we’ve made has been shot on a VX1000, the whole bitch. I personally don’t like the way HD and SD mix together. It’s why there’s no Tempe section in Vol. 3, All those clips were shot HD because the VX took a shit. The VX is a huge liability and unpredictable. It’s time to switch things up but don’t get it twisted though, I’m taking my VX to the grave. 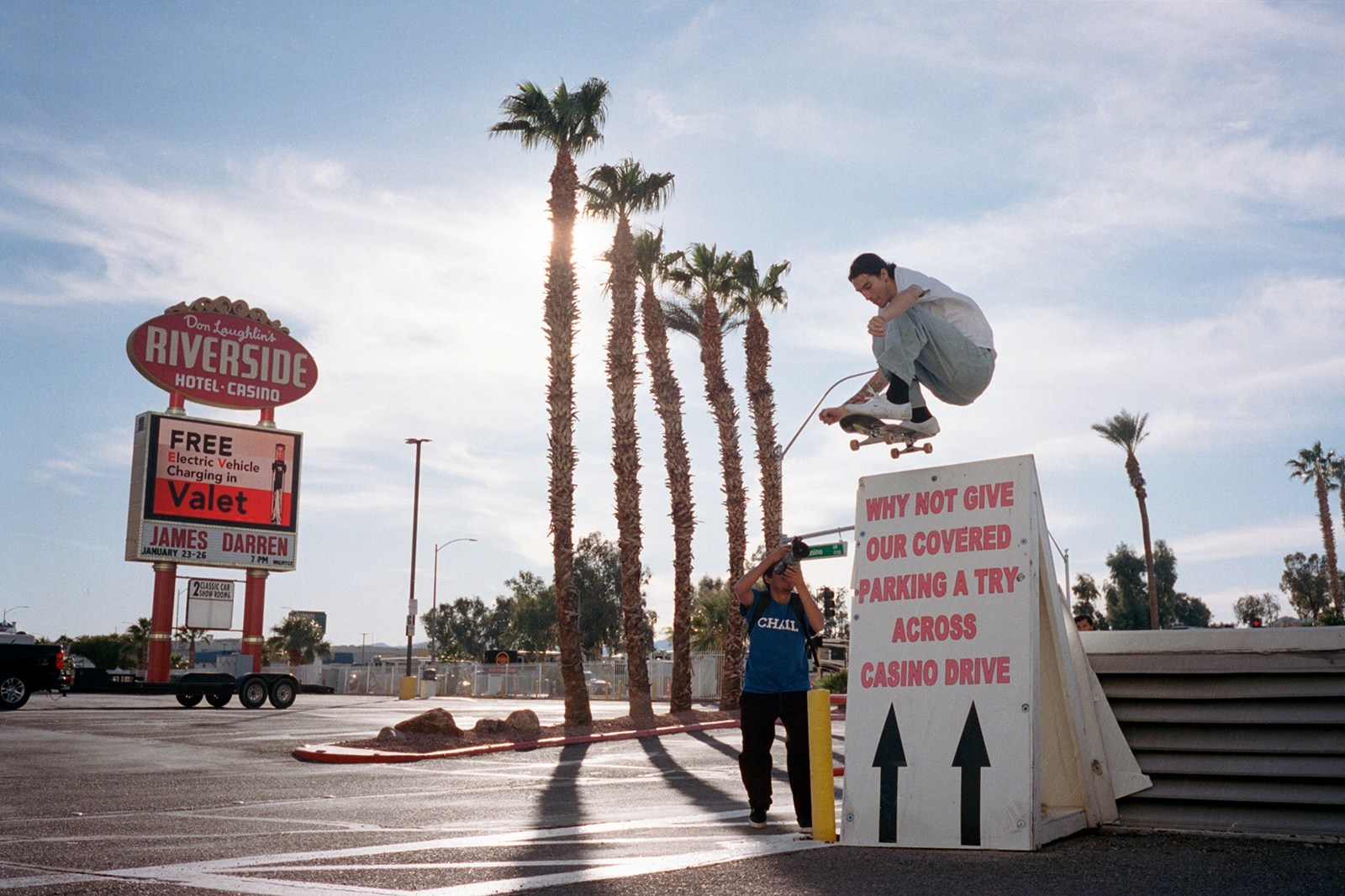 Who’s the crew in this one? Any new heads?

The crew is all the really close goons from the San Fernando Valley, Antelope Valley and a few other places, like Mexico. I’ve known a lot of these foos for a big part of my life, we’ve been making videos since 2006, but Challers didn’t start till 2016. I moved back to Reseda from New York that year, and the homie Phil Lopez wanted to make a full length video with me and all the Antelope Valley dudes. I told him we should name the video It’s Chall because I was saying it all the time. The first time I heard it was when the homie Graver from the BSA Boys yelled it at some dude for walking into the public bathroom at McCarren Park without any shoes on. It was so heinous, that bathroom was filthy. After hearing that it stuck with me for life. I remember thinking my homies are chall, they’re all Challers. Which could mean chill, or heinous, or in some cases both. I made a logo, printed some shirts, gave them to the homies, and sold a few. I made a short promo video for the good homie Felix Soto for the his video Vxtinct. After his project was done I edited It’s Chall, a promo video which included the Antelope valley guys Phil had been filming with like Austin Holcomb, and Emile Murray. It also included the San Fernando Valley guys that I was filming with like Adrian Herrera, Stevie Perez, Conner Frost, and Hart Pullman to name a few. All the SFV guys pretty much had video parts in Felix’s project and were ready to film again so that’s how they got up in the mix with me. The crew is really separated though, but it’s dope because it gives the homies someone to link with when in either area. That’s the whole point right, having a solid crew that is down to skate, and party it up. For instance, the Mexico City skaters we met last year while filming for Stevie Perez’s Lakai shoe. We hit up this kid Yael Pratz through Instagram because of how sick he was and the rest was history. Yael and his homies Brayan Coria, Beto, and Chicken came out to LA a few months later. Those guys are the sickest foos in Mexico City, no cap. Caguamas for days my goon.

“That’s the whole point right, having a solid crew that is down to skate, and party it up.” 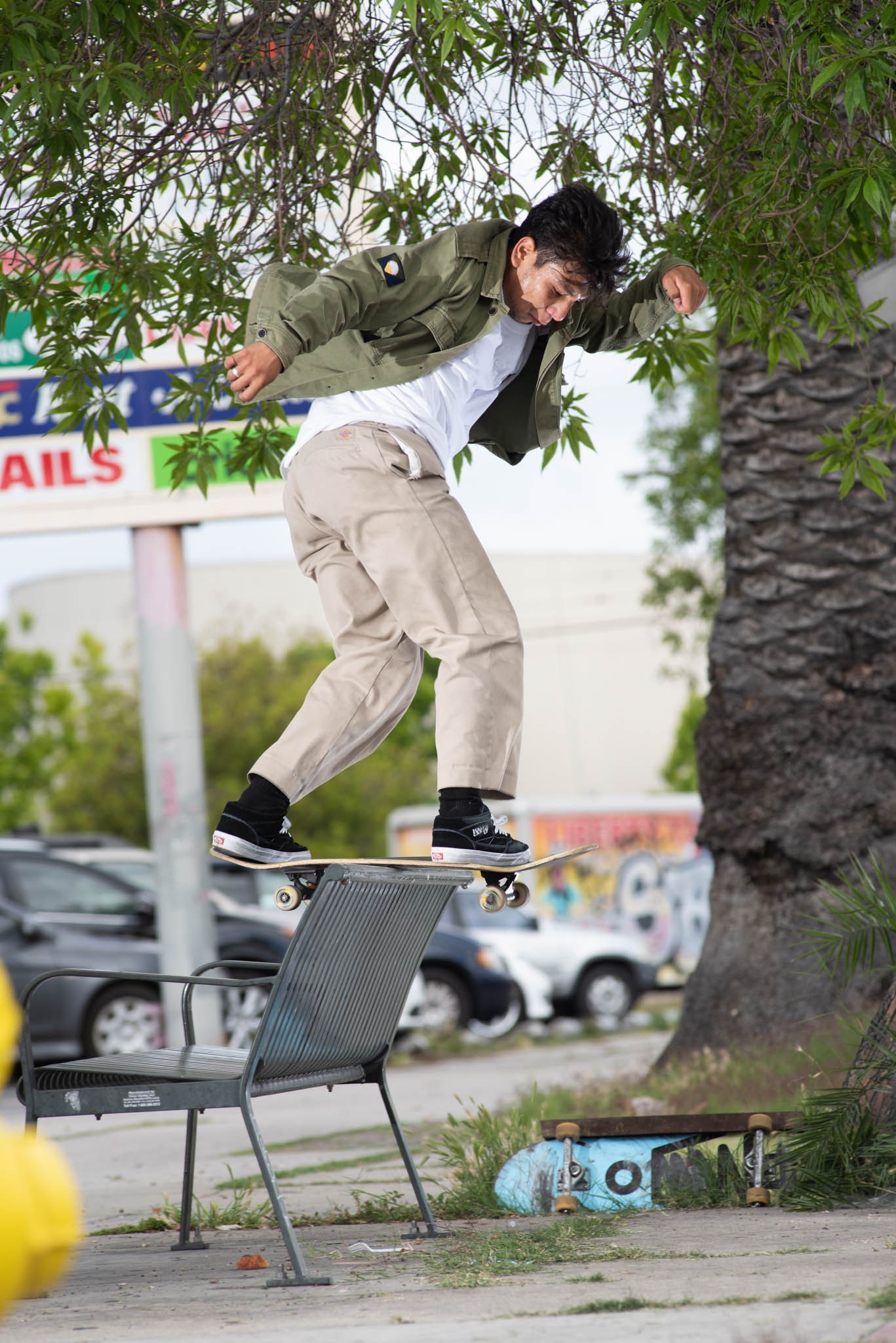 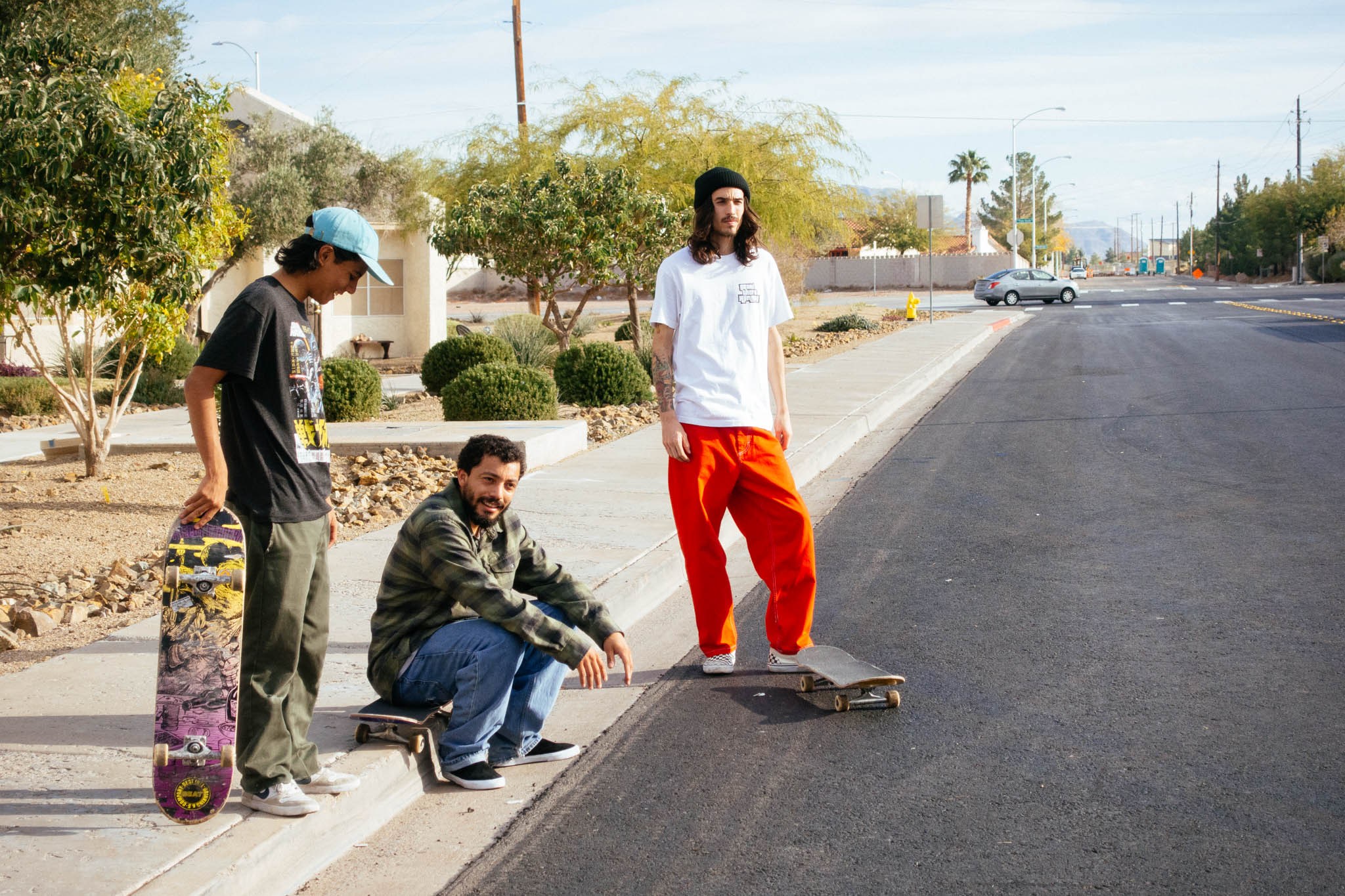 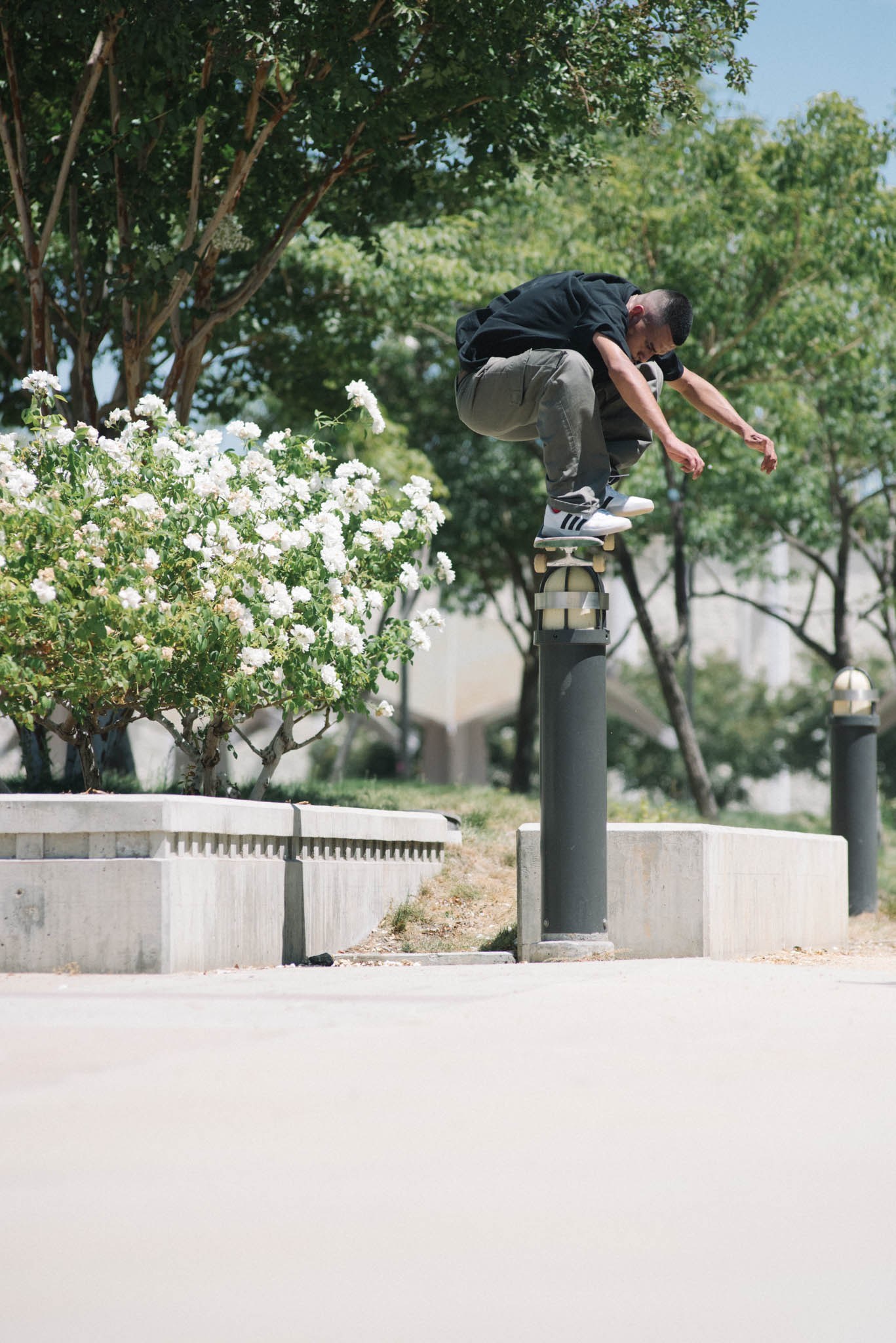 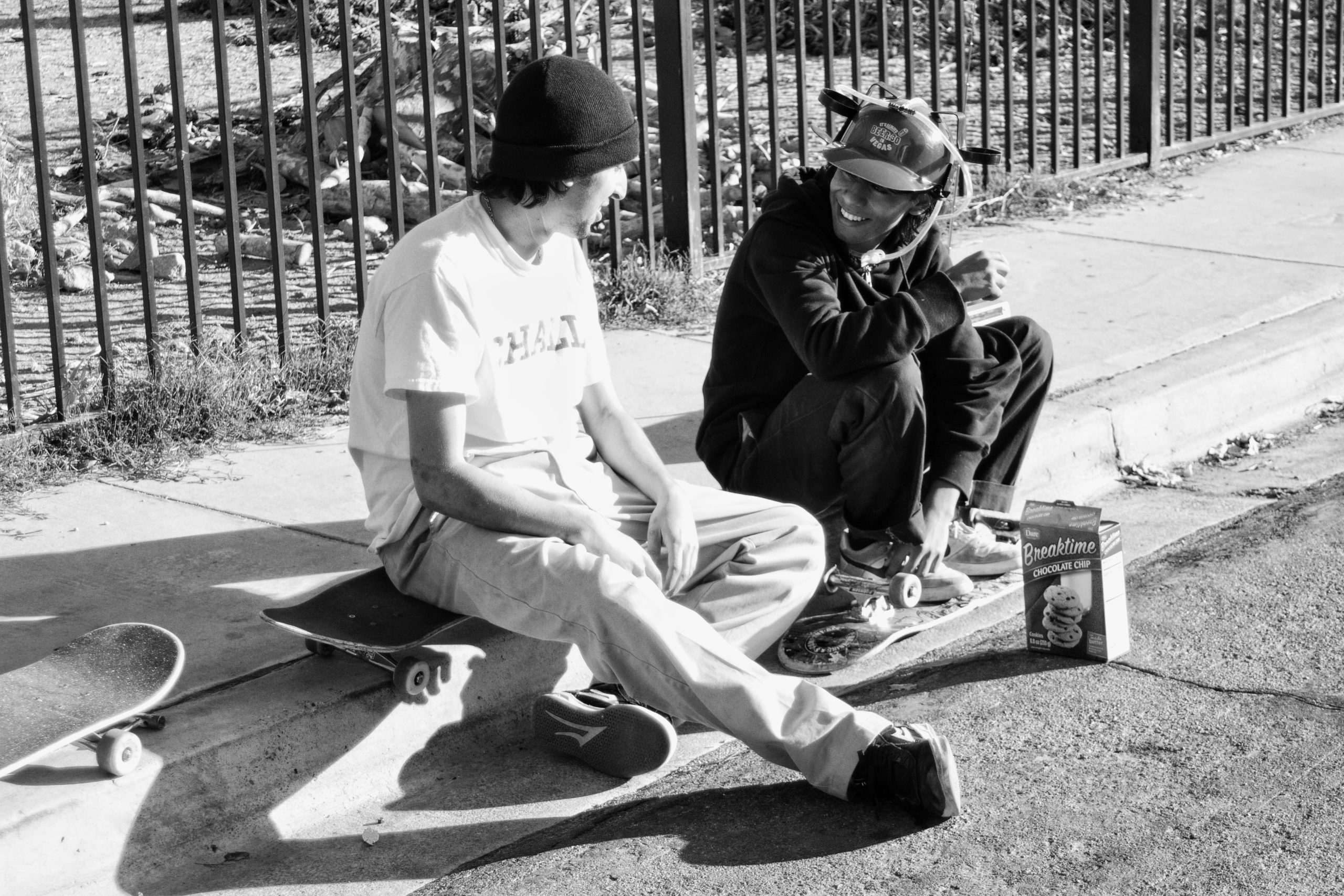