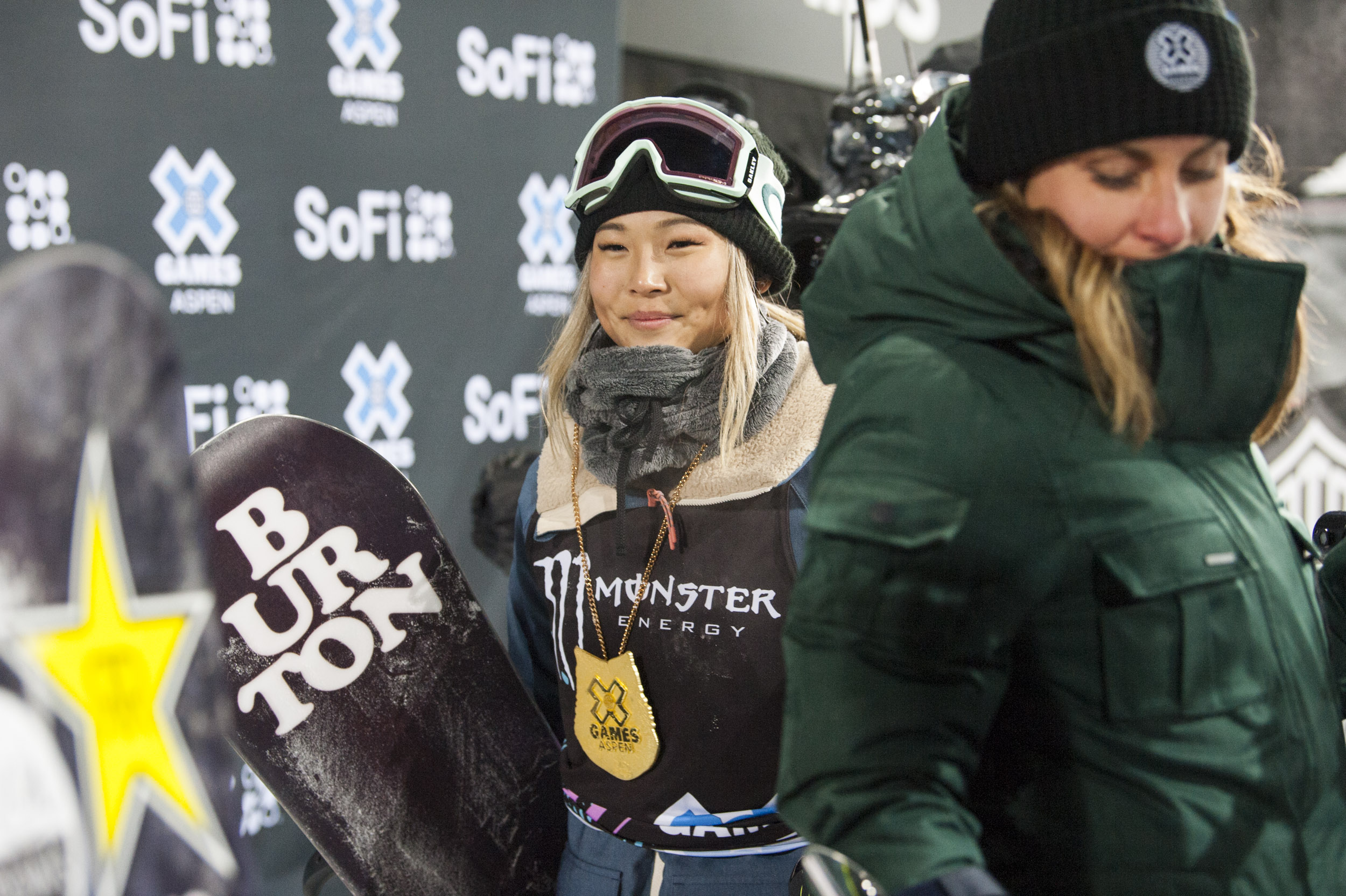 Earlier this month, Chloe Kim opened up to ESPN and social media about the attacks she deals with online as well as fears and anxieties stemming from past experiences. With the large spike in anti-Asian racist incidents over the past year, heartbreaking reports have been in the headlines across the country consistently since last spring. While it is by no means a new topic for Kim, she has broke her silence on the subject with her words below, as told to Alyssa Roenigk and published here on April 9, 2021:

I experience hate on a daily basis.

For a long time, though, I stayed silent. I was getting messages from people telling me I’m part of the problem because I was silent. I was like, “Do you realize I’m also Asian American and this affects me?” When I experience trauma or anxiety, I shut down. I stayed off my phone, turned off all my notifications and deleted Instagram for a while. It was traumatizing to be on there. Even if you get thousands of supportive messages, the hateful one will hit you the most.

I’ve never spoken about any of this before. Then, last Wednesday, I was getting my hair done and my hairstylist is also Korean American. We were talking about racism and how it’s affected her and me. Those types of conversations bring up anger and frustration. Fifteen minutes later, I looked at my DMs and saw a message: “You dumb Asian b—-. Kiss my ass.”

I was so fed up with people telling me I’m being too silent. I thought, “I’m going to put this out there so people see that I deal with this, too.” I get hundreds of these messages monthly. I see maybe 30 a day. Just because I’m a professional athlete or won the Olympics doesn’t exempt me from racism. I’ve experienced it since I was a child.

I remember going to a nice restaurant in Pasadena with my parents and a couple of friends when I was 7. We were sitting near these older white men, and they were laughing. They asked me how my English was so good. I said, “Oh, I was born and raised here.” At the time, I didn’t understand why they asked me that or why they were laughing.

I went to school with kids who are white, and it felt isolating. My sport is very white. As a U.S. snowboarder, I’m the only minority on the halfpipe team. And that becomes isolating, too. My friends and teammates were supportive, but I just didn’t feel comfortable speaking about it because they couldn’t fully understand my experience. I never felt I could talk to anyone, and then being in the spotlight at a young age put me in another difficult situation. I feel very stuck sometimes.

When I won my first X Games medal at 13, people belittled my accomplishment because I was Asian. After that, I stopped speaking Korean to my parents in public. I was so ashamed and embarrassed and hated that I was Asian. When I was around my white friends and my dad spoke to me in Korean, I’d respond in English. They’d ask me, “Do you not know how to speak Korean?” I’d say, “Not really. I never learned.” But I was fluent. That was so disrespectful and makes me feel so guilty because my dad came to the States to give us a better life and pursue the American dream, or whatever that means anymore.

When I made the 2018 Olympic team, people started asking me about my identity and my story growing up as a Korean American. By that point, racism toward Asians had become so normalized, people would say racist things to me as jokes and I would just laugh because I didn’t want to deal with the confrontation and say, “That really bothered me.” I just said anything to get it over with because I was so uncomfortable all the time.

After Pyeongchang, after I accomplished something I’d dreamed about since I was a little girl, I was expected to be something more than an Olympic gold medalist. I was expected to speak up and be an activist. It was a lot of responsibility. I still don’t know how to talk about all of this. It’s difficult to talk about these things. In snowboarding, all my friends are white and no one had these conversations.

I felt this emptiness after the Olympics. That drove me to go to Princeton. I wanted to be around different people and hear their stories and what their lives are like. I made some incredible friends in college, had conversations I’d never had and realized for the first time, I have an opinion about this stuff. Going away to school was the best thing I could have done. It helped me to be more open-minded and empathetic.

One of my friends is from Alabama, and before I met her, I had all these stereotypes about Alabama. She told me what it’s like to be born and raised there, from a very conservative family, in an environment where there is racism and white supremacy. Hearing her story changed my perspective. She was so different from what I expected someone from Alabama to be like. I understood how someone who doesn’t know me could believe stereotypes about me.

For the same reason, I can’t blame the people who send me those messages on social media. They weren’t born racist or hateful. I believe if they were born and raised in my household and surrounded by the people I was surrounded with, then they wouldn’t think that way. You are a product of your environment.

The States is my home. I was born and raised here. I went to school here. But I don’t feel accepted here. When I talk to my parents about it, they don’t understand what I go through. My dad doesn’t get mad like I do. He’s always like, “They’re racist, whatever. Let them be racist. What are we going to do? Change them?” He’s right that you can’t just change someone.

My dad gets verbally harassed, but my mom gets fetishized. When I’m out with my mom, she gets catcalled. Even as a kid, I got nasty messages from grown men who were fetishizing me. Am I fearful for my parents? All the time. This fear didn’t start because of the recent attacks. This is not new. It’s old news, but now we see the attacks and hear the stories.

It’s not just in America. I’ll go on a training trip somewhere and people will look at me more than my white friends. When COVID started, we went to Saas Fee, in Switzerland, and older people would look at me and walk further away. Knowing people are racist, you automatically think that’s what it is. It’s that anxiety. It’s like, let’s say I have a big pimple on my forehead. If someone looks at you, you assume they’re looking at the pimple and not your cute outfit.

Every time my parents step out the door, I think maybe I won’t see them again or maybe I will get a call from the hospital that they were attacked. They were in Korea for a month and a half, and when I picked them up from the airport, my mom didn’t text me back for 10 minutes and I was like, “Oh, my god.” Those moments when I don’t get a text back right away give me anxiety. I don’t think they know how anxious it makes me.

I’m sorry anyone has to feel this way and that I was ever ashamed. Now I am so proud to be Korean American. I was nervous to share my experiences with racism, but we need to hear more of these conversations. I’ve received so many messages from people saying they are inspired by me sharing what I’ve been through and that makes me feel hopeful, and like I can still do so much more.