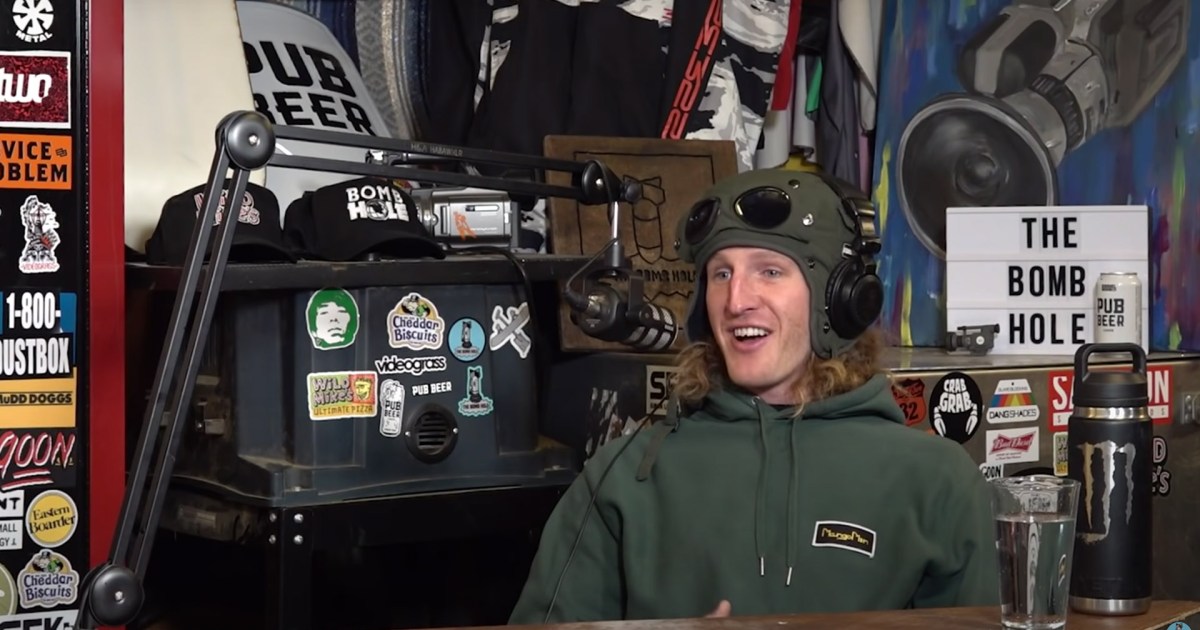 Spencer Whiting AKA Gimbal God talks about following the riders off of huge jumps, being a human drone, an 11 day stay at the mental hospital, dealing with bipolar disorder, making his film shots look like a video game, paving your own lane, being more open about mental health and so much more. Spenny started out like most guest on this show, he was just a young kid who wanted to become a pro snowboarder. After spending time taking turns filming each other he started to realize that some of his friends were much better at riding then him and he might be smarter to continue filming. He was really good at doing follow cams and maybe this was something he could pursue. He started hitting the jumps with the riders showing viewers a fully new perspective. This new technique earned him the nick name Gimbal God. He decided he was going to make a go at filming but after an incident at the Denver Airport he found himself stuck at the mental hospital on what turned out to be an 11 day hold. He had just learned he was Bipolar and this would be a whole new challenge for him to conquer. Against the Odds Gimbal got a handle on this situation and dove head first into being the best filmer he could be. He started releasing edits that were unlike everything people have seen and the rest is history. We got a chance to sit down with Gimbal God and hear his story first hand on this weeks episode of The Bomb Hole!