Chris Cole’s New ‘How To’ Videos are Certified Quarantine Killers 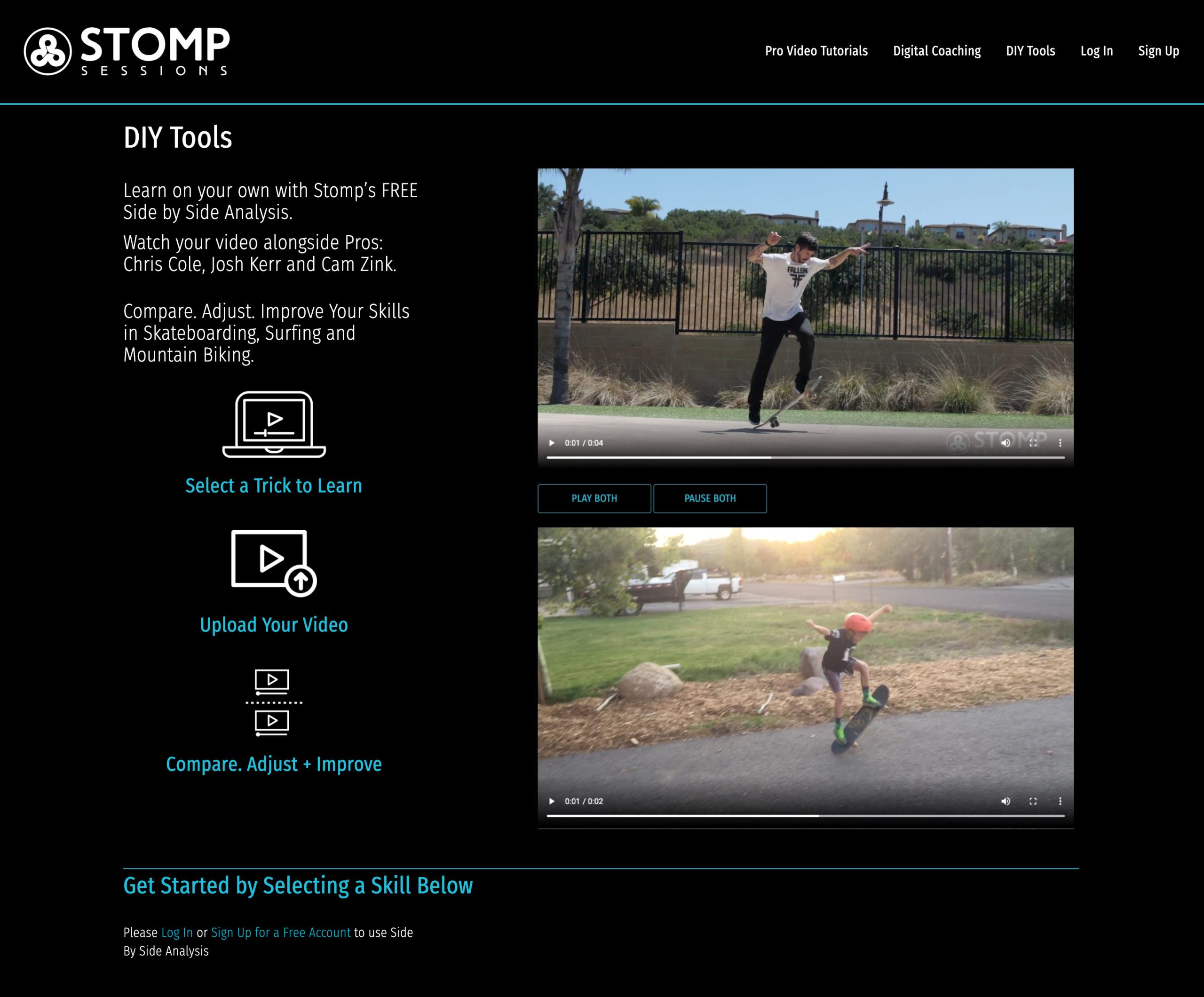 If there’s anybody you want to learn skateboarding from, it’s definitely Chris Cole. The man has done his fair share of almost every trick known to skateboarding throughout his twenty-plus-year pro career. And what makes him that more keen for this type of job is his attention to detail. Chris is a self-described skate nerd that obsesses about every detail of skateboarding and skate tricks beyond any normal measure and this thought process comes through in his How-To videos for Stomp Sessions that range from the basic ollie all the way up to advanced flip tricks. We chatted with Chris while he was quarantined up at his home to see how he was passing the time between videos.
Also, Stomp Sessions just released a new free tool called DIY TOOLS that lets you upload a video of yourself performing one of the 20 plus tricks in the Stomp Sessions catalog, then compare your form and style to Chris’ with a side by side video analysis.

Hey Chris, how are you and the family hanging in there and staying sane during this health crisis?
We aren’t. We’ve gone absolutely nuts. Nah, we are crafting, sewing, making home improvements, skating away from people, building things, playing games, and doing puzzles.

Awesome. How did you get involved with Stomp Sessions?
I’ve always liked teaching tricks to other people. I’d always be doing it on tour with my teammates. So, when Ryan from Stomp Sessions approached me about it, I was down.

What’s been the reaction from the kids that are learning from it?
People love it. Which makes me really happy. Look, I’ve beaten myself silly throughout the years. I’d like to help other people, just like me, save their time and pain. One small clue can save somebody a week of getting hit in the shins.

I see that you film these at the Alga Norte park, do kids try to get you to teach them tricks while you’re just trying to skate there? Or do kids come and watch as you’re filming one of the how-tos?
Oddly enough…NO! They don’t. They should. That would be so smart.

Are the basic tricks like the ollie the most watched as opposed to a laser flip?
I haven’t the slightest idea, but would imagine so. If you’re good enough to laser, don’t be too cool to watch a video on how- to.

Have you seen an influx of views since everyone is trapped at home?
Yes sir!

Have you been skating in your garage? Or out in the front street?
Like Taylor swift said “I know places we won’t be found,” I’ve got some secret spots. DIY builds and whatnot.

What distinguishes Stomp Sessions from other How-To videos?
We know what we are talking about. As far as my own videos, attention to detail is a specialty of mine. It’s not that I’m boasting, let that be known. But being honest, I’m not sure if it’s a gift or a curse, but my breaking down of things in this world aren’t normal. I don’t think “ok, step one was______” I soak in the information through years of repetition and variations. It all goes into a bank of understanding and then clicks one day in a “Whoa, I know all of this.” I’m a real nerd at heart.

Can you explain how the DIY tool feature works?
We created this cool Side by Side video player, so skaters can upload their clips and review alongside my clips from the tutorials. It’s free and helps skaters improve their skills. It’s been great to see all the uploads. Each month I pick the best clip and post it. Last month was Tre Flip and this month is Backside Flip.

Are there any new tricks coming soon to the site?
Each month we have a New Release tutorial uploaded to the platform. This month it’s Switch Tre Flip.

Learn more about Stomp Sessions and how its online learning tools can help you improve your skating.