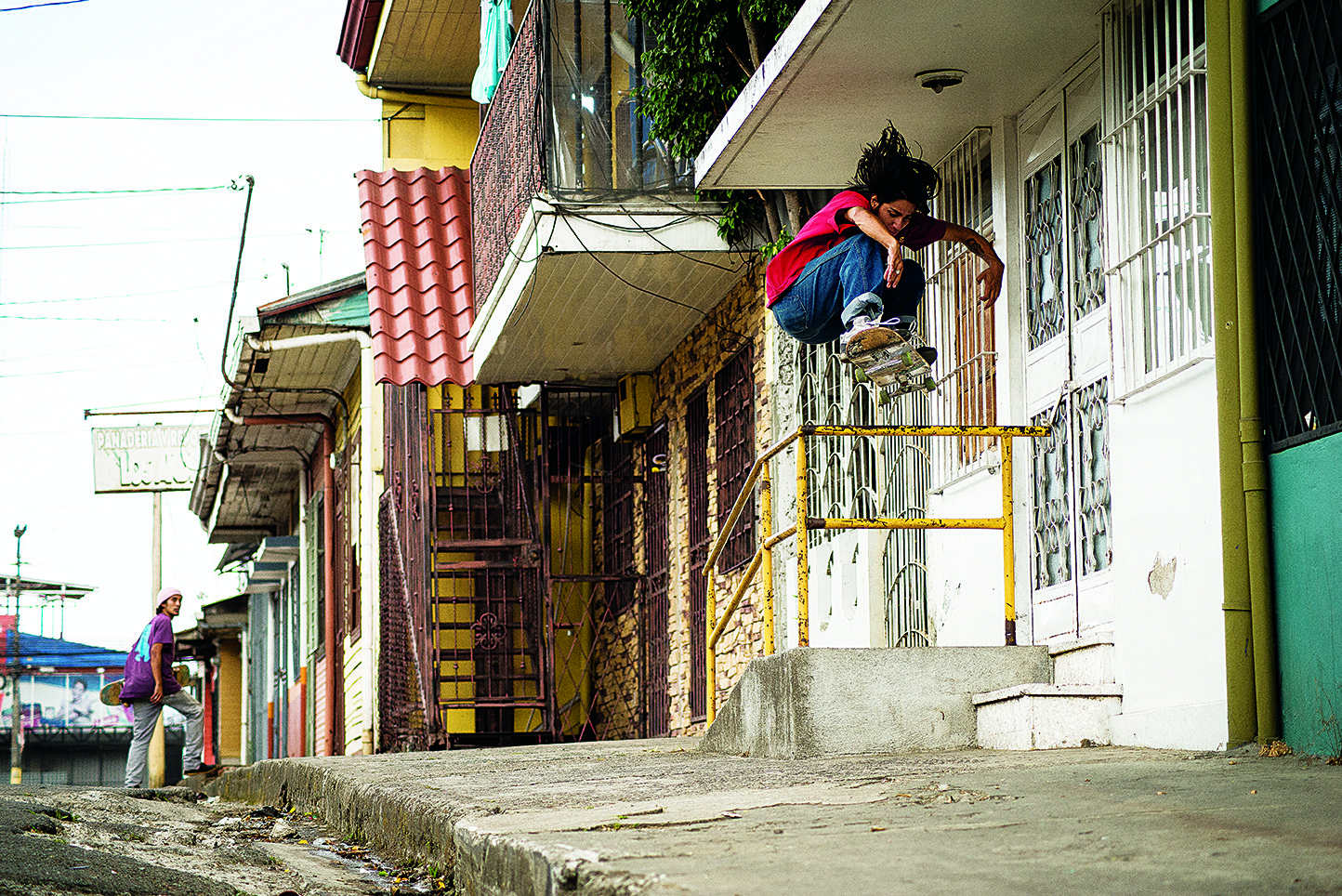 George Toland is a south-London filmmaker who worked tirelessly with the Long Live Southbank campaign to expand the hallowed ground in the summer of last year. After he made plans to visit a friend in Mexico in January 2019, he decided to continue his travels south to Costa Rica. A month later, he returned home with enough VX1000 footage of the locals to edit this video, entitled ES MUUCHA GALLETA. I hit him up recently to hear his stories and learn a little bit more about his stay in Latin America.—Elliott Wright

“Costa Rica was the third part of my getaway mission in winter 2018/19, following five weeks in Mexico and a fortnight spent in LA seeing my brother before that. I’d been super hyped to get out there since meeting Miguel Castro and Francisco Saco at Vladimir Film Festival 2017 in Croatia, where they were hosting the world premiere of Saco’s full length Costa Rica scene vid, Canasta. I was so stoked on the video, Saco’s brilliant filmmaking and the crusty looking spots in the sun, and knew I wanted to make a visit in the future. A year or so later, after becoming good friends with Sebastian Lemus from Mexico, during his six month stint living in London, I decided to get away from the shitty British winter for once and planned this Central America mission, linking up first with Seb in his home city of Queretaro, then staying in Heredia, Costa Rica and catching up with Migg, Saco and meeting the rest of the crew. This video tells the story of that month spent in Heredia and the surrounding areas, skating pretty much all day everyday and eating a lot of platano maduro! Big love to everyone I met throughout my time there, I can’t wait to come back someday! PURA VIDA x”—George Toland

Filmed and edited by George Toland.

First off, what is the significance of the title of the video?

Haha, it means, “It’s sooo much biscuit.” It’s the slogan of the main biscuit brand in Costa Rica. While I was there I ate a lot of Pozuelo products.

When did the trip take place and what cities did you visit?

I was there during February 2019. I was in Heredia—which is like an extension of San Jose. But there’s also footage from central San Jose as well.

How did you first meet the skaters featured in the video?

I went there off the back of Vladimir Film Festival in Croatia in September 2018. I met Miguel, who has the first part; he was there with Saco, who has a few clips in the second section. Miguel and Saco are older OGs in the Costa Rican scene. They were showing their video at the festival and they had come all the way from Costa Rica, so obviously everyone was well gassed. Off the back of that video, I was thinking, “Ah it looks sick there.” I wanted to go.

What are the spots like? Are they different to what you thought they would be?

It’s pretty crusty man, I’ve gotta say. There’s not much smooth shit. It’s kind of similar to London. When I met the guys in Croatia, I asked them about it. Based on their video, I thought it would not even be possible to skate the streets and push around. I thought it would be dirt roads or whatever. Because Costa Rica is in better shape than some other countries around there, you would think the roads would be better, but they actually have way worse roads than surrounding countries.

How is the skate scene in San Jose and the surrounding towns?

There is a big scene there, man. So many people skating. There are a lot of people killing it out there. They have a DC Shoes connection. There is a DC Costa Rica, and a couple of the guys in the video get shoes from DC. They had Tristan Funkhouser and Evan Smith over there recently. Also, Olman Torres is a local who runs the STAND / BY Project, a skate magazine and website.

How does it compare to skating in Europe? How was it different from the time you spent skating in Mexico?

People are just super friendly there. Not that they aren’t in Mexico or Europe. It’s just that they‘re so proud, not in a nationalistic way like people in England, but just proud of their country for how sick it is. People are just hyped to have people come and skate. They have lots of tourism, but not really for skating. They are gassed to have skaters come over. 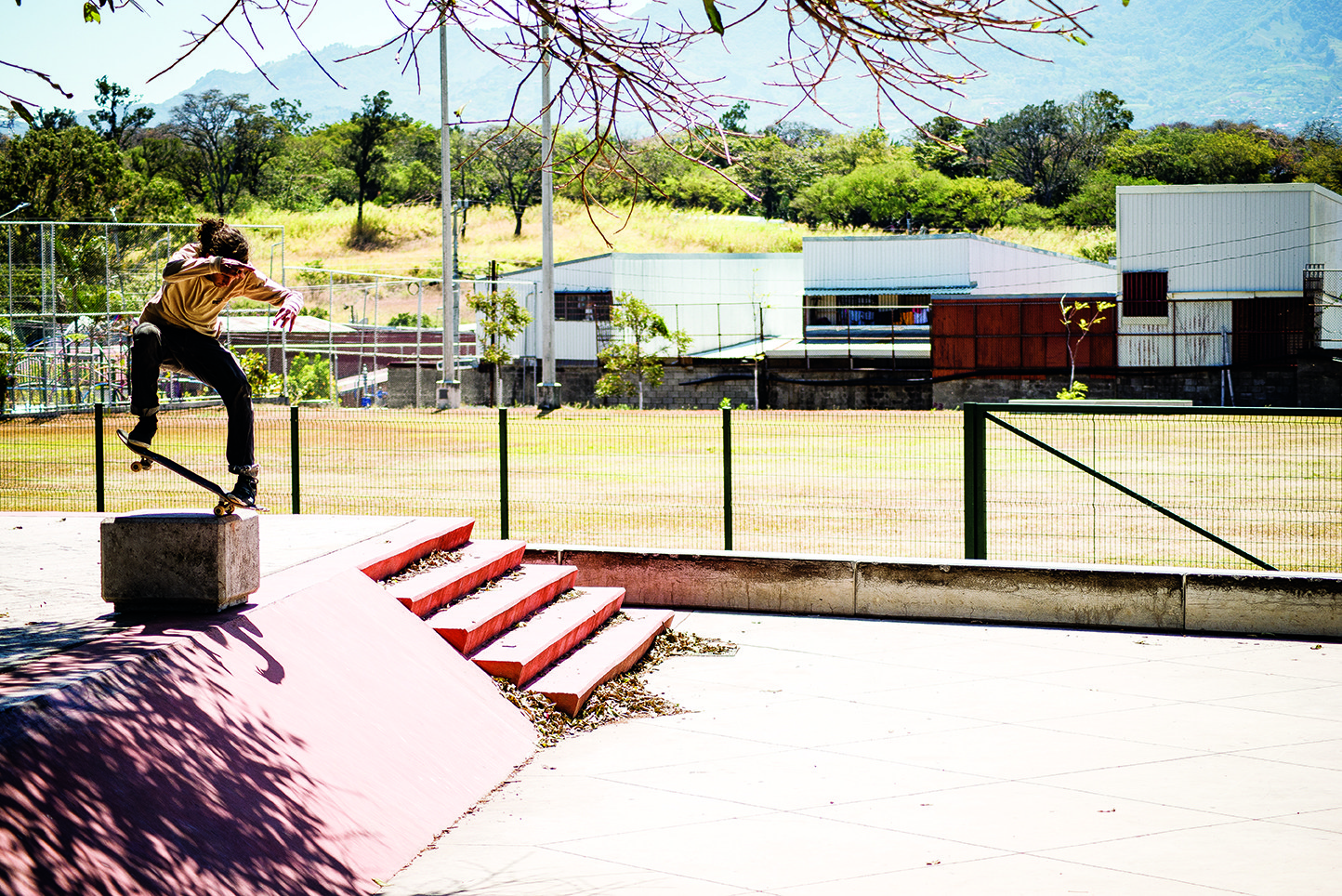 What do the cops think about street skating in Costa Rica?

They don’t really care at all. Mexico was a bit more “on it” with everything. In Costa Rica, we barely got kicked out of anywhere, really. Most people are pretty chill to be honest when it comes to skating spots. It’s one of the only countries that doesn’t have an army. It feels chilled.

It’s pretty expensive. I think it’s the third most expensive country in Latin America. It’s a bit cheaper than London really, not much different. Eating out is slightly cheaper, but the touristy stuff is super expensive. It’s not like Norway or something.

Even though you speak some Spanish, how was it being an English speaker?

I think they speak English there a bit more than other Spanish-speaking countries just because of tourism. Quite a lot of the skaters had pretty good English. There are lots of Americans there; you can even pay with American dollars there. Maybe not everywhere, but in most places. 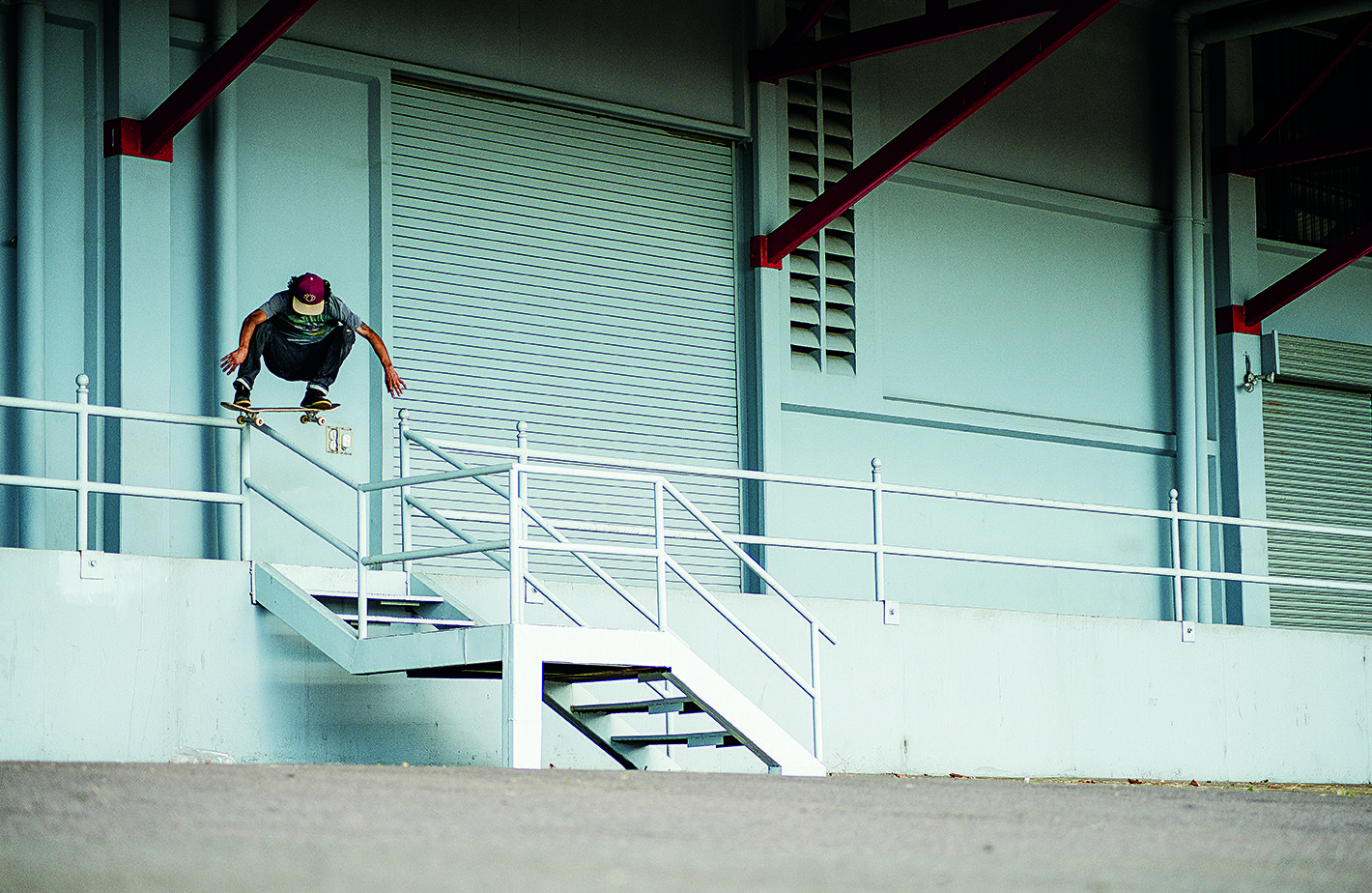 What do the locals think of the American or European skate scenes?

They are gassed on it, man. I thought it was really funny, they were talking about Mike Arnold and Casper Brooker. They have this joke that they can’t tell Mike and Casper apart; that they look super similar apparently. The Costa Rican skaters are really hyped on Atlantic Drift.

Any interesting stories about the local skaters?

One of the guys was telling this story to a couple of his boys in Spanish, and I was trying to understand it. He was basically explaining that he had been shot a year before at this main square. He used to hang out with—not gangsters—but sketchy people. He was chilling late one night at this square and a car rolled up and some guys shot him. He got hit near his armpit; close to his shoulder. He got it dealt with and then went home that night. He had to go to the hospital and somehow his mum still doesn’t know. I thought that was insane man, I couldn’t believe it. I thought that was crazy.

It’s unlike anywhere I personally have ever been. It’s definitely a banging place to go. I’m surprised more people haven’t gone there to skate, to be honest. It was so sunny and lovely the whole time. 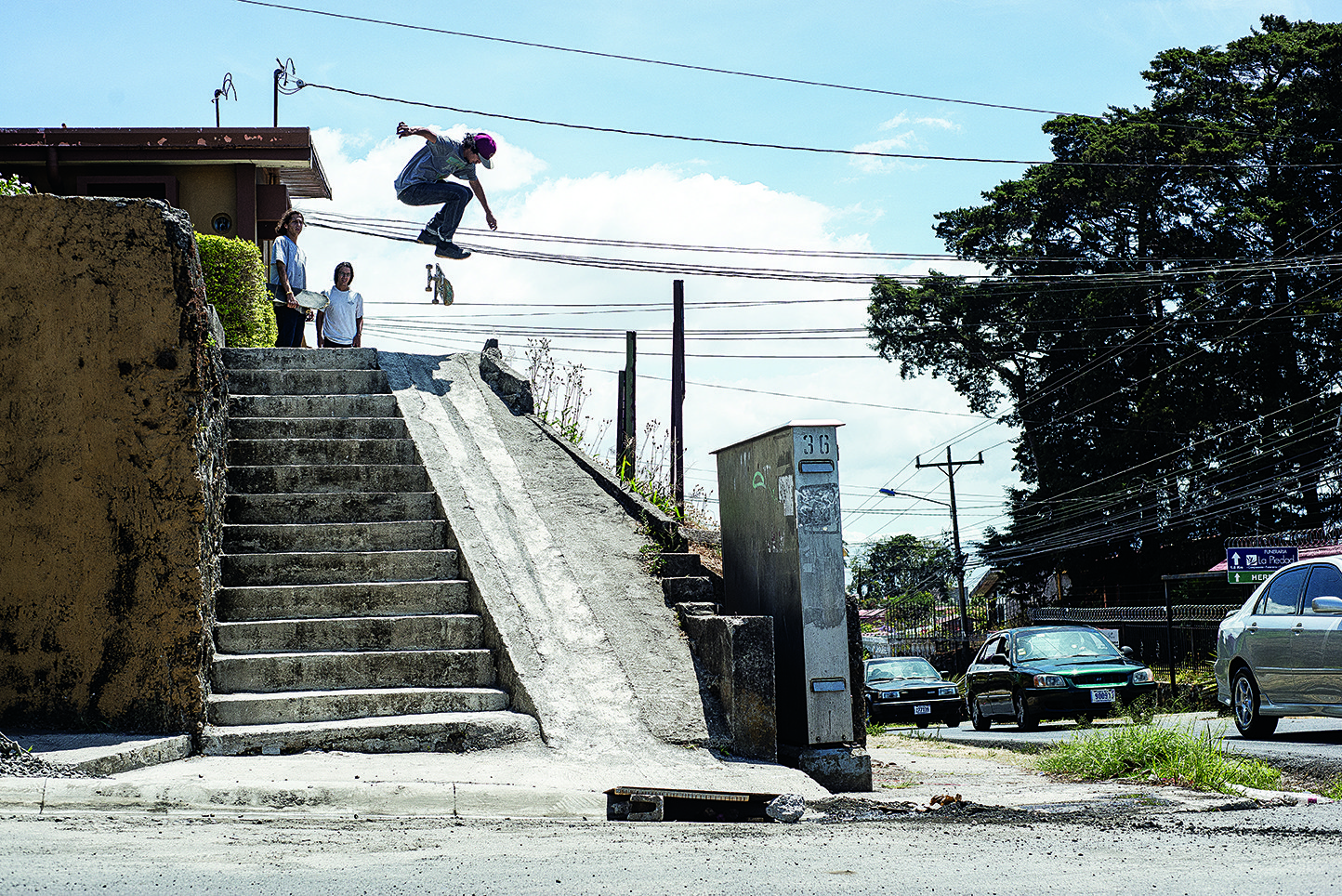 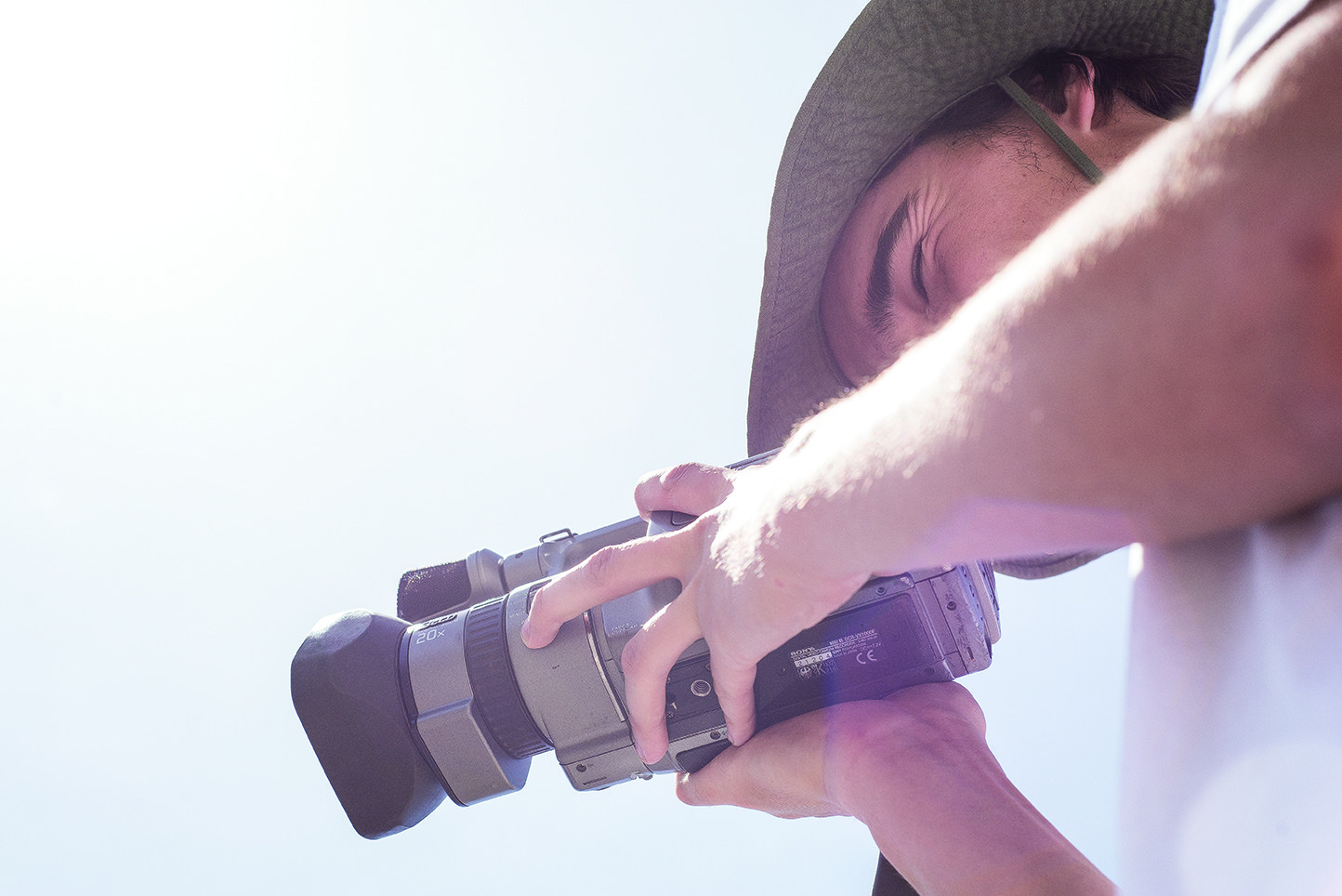 George Toland, in the field.

Big big thanks to Miguel and his parents, Salsi and his fam, Jorge and El Boleto guys, Saco, Olman, Erick, Ed, Harold, Trona, Yiyo, Kevin and all the crew over there! Elliott and you guys at Transworld for your support!—George Toland