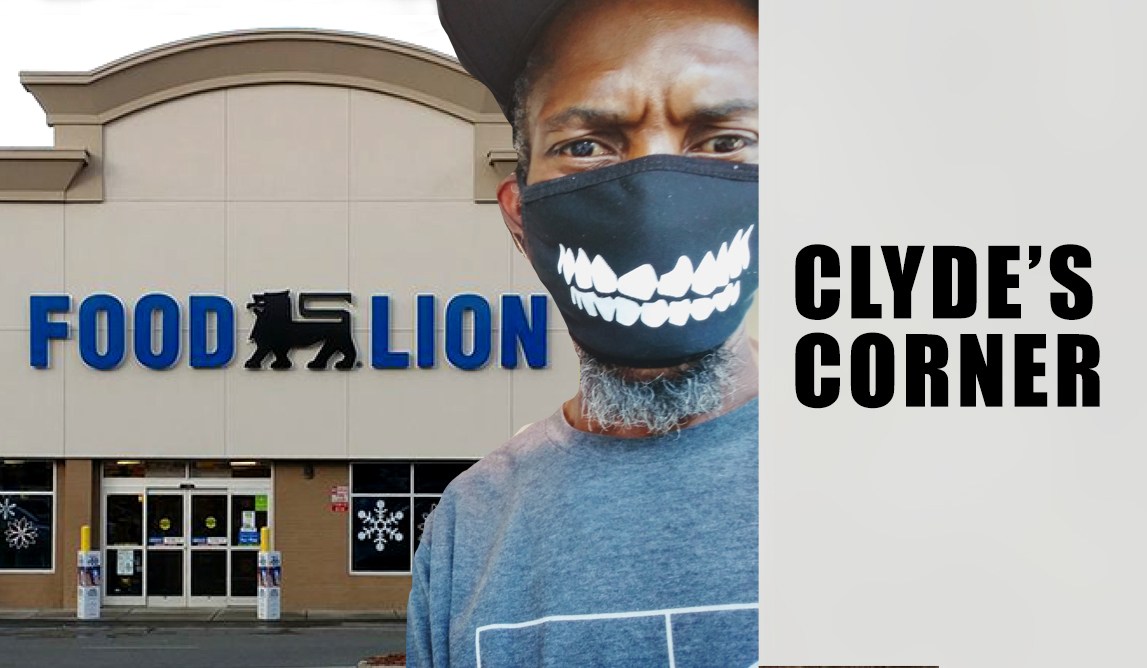 I used to be convinced that only crazy things happen to me, and it was only because I was drunk, or was it because I was drunk, only crazy things happened? Hmm? Either way, I’m a magnet for crazy people, and things. Why? I don’t know, but I’ve just learned to accept it and keep it moving. With most people already not being the sharpest spork in the drawer, the pandemic has brought out some MVP performances from the crazy weirdos of the world. Let me share a story with you guys about something that happened a few weeks ago here in Winston-Salem. You might wanna grab some gluten-free Haribo gummy bears for this friends.

So, I routinely hit this Food Lion by my house because, and let’s be serious here, most of them females thicker than a possum with the mumps up in there. Plus, their produce and gluten-free products are always nicely priced. I was looking for a can of black beans and I see there’s none on the shelf, so I turn around. To my surprise, there’s an entire stack of them sitting there waiting to be stocked. Even better, at eye level someone else had been the hero none of us deserves and grabbed a few cans off the stash. So, I go to grab a few and some ole whisker like a rat-mustache-having-dweeb comes running down the aisle, “Hey, you can’t do that sir! Put that back!” So, I said, “Well, I already have it, so I guess we’ll have to discuss that next time.” He then says, “That could’ve fallen on you.” I say, “Well, it didn’t. And, it shouldn’t even be in the aisle if you wanna keep it. I gotta go, so.” As I’m going to leave, this dude grabs my beans, and went to put them back on the rack. Clearly, this guy doesn’t know I watched a lot of Bruce Lee, so my hand action was a bit too much for him. Before his hand even touched the rack, I had them beans again and this is where it gets weird. Dude tried to put my arm in an armbar or something. I Immediately yanked back and was gonna crack his coconut, but it was a white dude and we already know how that would’ve ended. I know most of y’all are broke. Y’all damn sure ain’t about to bail nobody up outta jail. But then I remembered, this dude’s in my neighborhood, acting like an ass. So, after grabbing my beans, telling dumbass I’d smack his beak across his face and apologizing to the poor old woman who saw my not-so-nice side, I proceeded to the line, whereby this time everyone in the store was looking at me, the crazy man with the dope motorcycle helmet. As I go to pay, this crusty bum comes running across the front of the store pointing at me to the cop. Not knowing that me and said cop were cool with each other, because again, I go there frequently. They both come up, and dude’s saying something. I yell, “Shut the fuck up, I’m done talking to you!” By then, the entire store is surrounding me and both managers. One asked, “Who was it?” I go, “Some white dude.” As we go to look for him, I’m walking aisle to aisle, and we find him, “That guy!” As I point, the entire store’s heads poked around the aisles and gasped. Probably one of the funniest things to ever happen, but it gets better. The manager then asks, “Did you grab this man’s arm?!” “No sir, he cussed at me.” I then reply, “This dude’s a liar! Where’s your camera?!” Then, he panicked, and said something. Then I shouted, “Man! I shoulda just slapped the shit outta you the first time. You wasn’t gonna do shit!” Then the manager looks at him, “You get outta here. You (points at me), come with me.” And I then got all my groceries for free (even the stuff I forgot because I was so mad). That bum got fired on the spot. Everyone had tacos that evening. Y’all might think this is some kinda “loss,” but it’s actually far from it. See, I can still go back to the store. Still have no record, and I’m gainfully employed. That other dude had been there for years, no longer has a job and, he can’t collect unemployment because he was fired. So, every day he sits around broke, looking for another job, or his kid is crying because daddy drank the last Juicy Juice, he has to remember he lost his old career to a Black guy, over some black beans. This is chess, not checkers y’all. Until next time, where I’ll be dropping the story of “Clyde Knievel” and his first crash.

Here’s my Carolina Gold BBQ Sauce recipe to wow all the friends you’re supposed to be six feet apart from. But, we ain’t gonna talk about that. Take care.

Place In bowl. Whisk until you have a huge forearm like Popeye. Drop bowl on floor. Go buy some Carolina BBQ sauce, put it in said bowl and just say it’s this recipe.