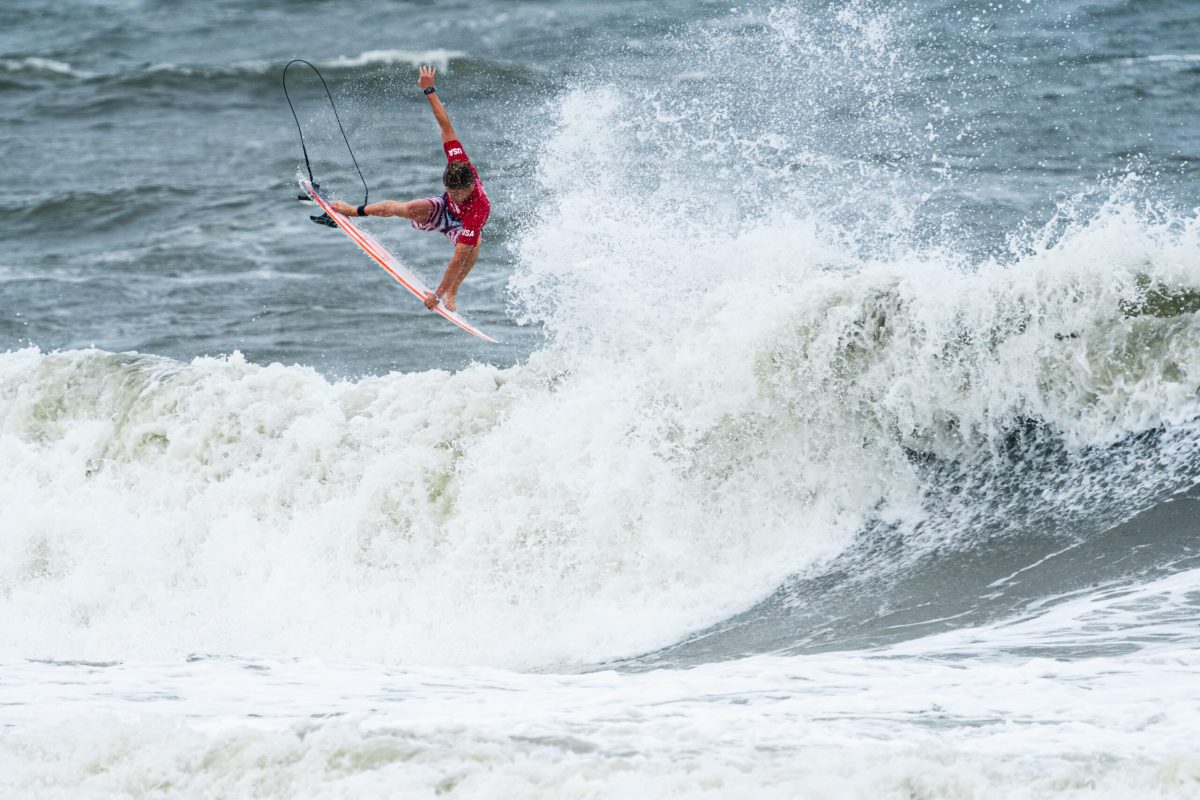 In the first heat of the day, South Africa’s Bianca Buitendag showed her grit and determination to win Gold, taking down Australian legend Stephanie Gilmore. Buitendag put her powerful backhand surfing on display for a global audience to experience the debut of Olympic Surfing.

“I was in the first heat of the day going against the 7-time World Champ, so I had nothing to lose,” said Buitendag. “I am the underdog with the 17th seed in the event. It’s a comfortable spot to be in. It takes away all the nerves and pressure.

“Today things went my way. A lot of things had to align for this victory. I just decided to control the things I can — good wave selection.

Buitendag went on to discuss how she aims to leverage the Olympic platform to bring positivity to South Africa during times of turmoil.

“We’ve had quite a rough few weeks at home with civil unrest and political situations. I just want to bring some good news home. Sport has the power to do that. I won’t be able to stop the situation with my personal power, but I feel like with this platform I have the opportunity to shine some light during these dark times in South Africa.”

Gilmore looks ahead to Paris 2024

Disappointed in her results, but optimistic for more Olympic opportunity in the future, Gilmore chimed in after her loss.

“Even though you have an opponent in the lineup, you have a third opponent and that is the ocean,” said Gilmore. “The thing with surfing is that you can put in all of the hard work, practice, training—you can do everything perfectly but still show up on the day and the ocean doesn’t give you the waves. That’s what working with mother nature is sometimes.

“Bianca is a really tough opponent, and her backhand is really strong. I let her get a wave under priority and she got a 7. That was the most frustrating thing for me.

“Getting Gold was the dream. That was the goal, my mission. I am super disappointed that I couldn’t make it happen, but there is always Paris 2024. Someone like Kelly Slater is an inspiration to me, he gets better with age. I am only 33, so [qualifying for Paris] is not out of the question. Having already won WSL CT titles, I would love to get an Olympic Gold Medal. I would sacrifice a world title for a Gold Medal.”

The last remaining Peruvian in the competition, the 2019 Pan Am Gold Medalist Lucca Mesinas, defeated Italy’s Leonardo Fioravanti in Round 3 to keep the medal hopes of a nation alive.

Mesinas, a soft-spoken surfer that lets his actions in the water do the talking, opened up about his Round 3 performance, showing the powerful surfing of Peru to the world.

“In Peru we have really good surfers, we just need more opportunities,” said Mesinas. “I think we are on a good path, getting better every year.

“There are a lot of young kids surfing really well. And that’s one of my goals, to show the kids that they can make it. I want to make it to the WSL Championship Tour one day and surf against the best surfers. That will inspire the youth. Peru is growing up in surfing and going to do really well in the future.”