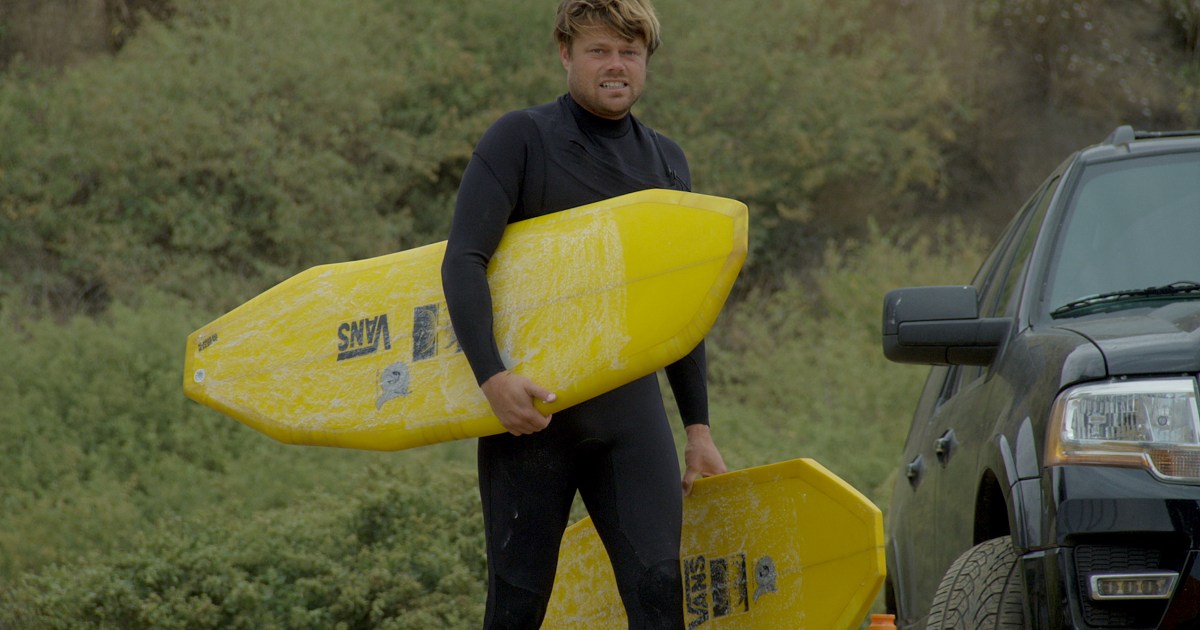 “It’s so bizarre and goes sideways so oddly that it’s actually kind of fun,” says Dane Reynolds, of one of the very bizarre and very sideways-going boards he shaped and surfed in the video above.

A couple of years ago, Dane was selected to be a guest shaper for the Duct Tape Festival in Huntington Beach. But rather than craft a functional piece of equipment that he’s actually capable of shaping (Dane has spent ample time in a shaping bay mowing down self-shapes), the Ventura native decided to get a little experimental.

“I’m going to make something with really bizarre lines that just doesn’t look like it should even be a surfboard,” Dane told us in the making of this video.

DR’s Frankenstein experimentation resulted in two oddball pieces of foam and fiberglass, all sharp edges and 90-degree angles. Shortly after the glassing was completed, Dane took his creations for a spin alongside pro skater/surfer Curren Caples. Despite the boards many inherent flaws, Dane and Curren were still able to rip the bag out of the misfit shapes.

Click play above to hear Dane’s analysis of the strange (yet ultimately fun) shapes.

[Ed’s Note: This feature has been updated from its original appearance during the 2019 Duct Tape Festival]