Groms Take Over the Volcom House 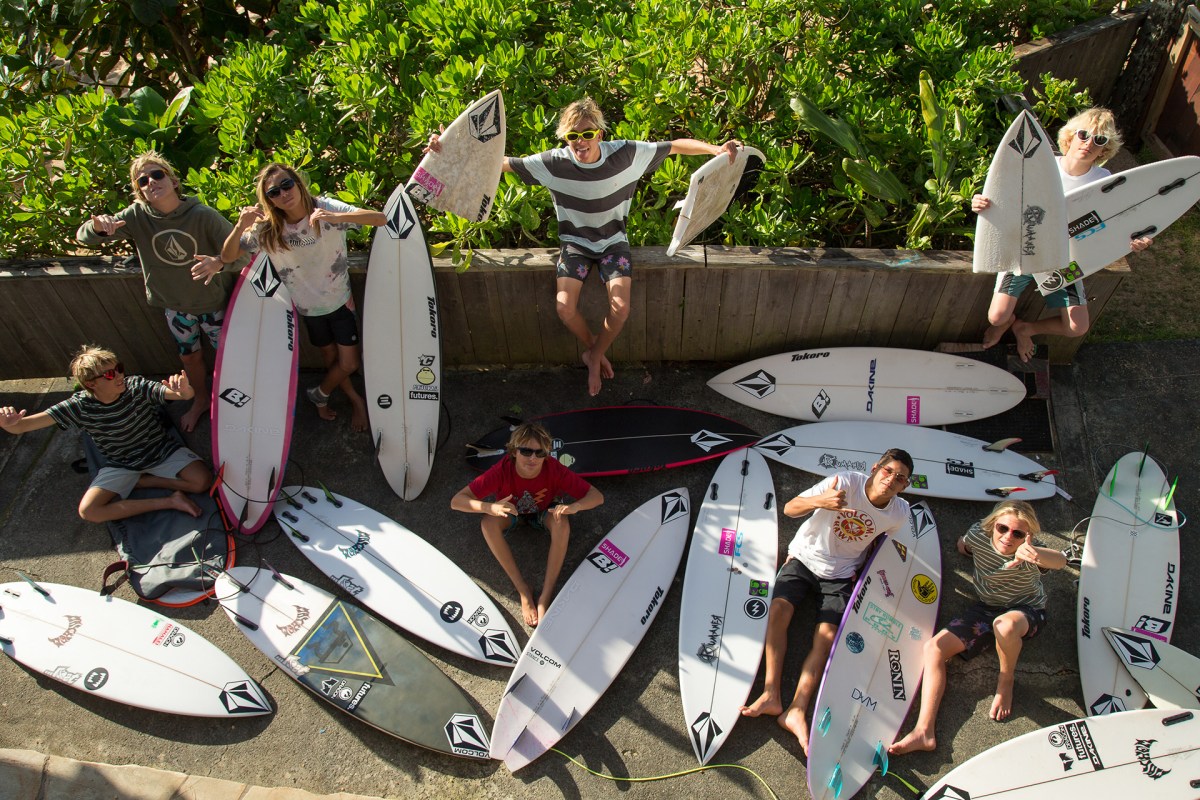 The Volcom House has an unrivaled reputation among the team houses that dot the shoreline between Ehukai and Off the Wall. Infamous for housing some of the gnarliest characters in surfing, it has been an incubator for some of surfing’s defining performances of the last 20+ years. The one person who’s been witness to it all is Volcom Hawai’i Team Manager Dave Riddle, “It all started out with Gerry (Lopez), the King of Pipeline, building the house, and those who frequented the house were the best surfers in the world. That set the tone. And, when Volcom eventually bought it, that same thing kind of re-emerged, the best of the best surfers on the planet, hanging out, watching Pipe, surfing Pipe, and being such a big part of the whole Pipeline community.”

With the team house as the focal point, Volcom has built a legacy of having a hard-charging team who are more than comfortable performing in the front yard. With the front yard being one of the most dangerous and challenging waves on the planet, that comfort level doesn’t happen overnight. So, you gotta start em young. “We’ve had great riders from Bruce Irons to Dusty Payne, Mitch Coleburn, Noa Deane, Jack Robinson, and the list goes on and on. And, we’ve seen the formula work with them, of how well they’re able to perform out here by putting in the time,” said Riddle. “With the house we’re privileged to be able to have the groms come to the house and absorb some of the knowledge that has been set down from the veterans on the team like David Wassel, Ty Van Dyke, and Kai Henry – which is priceless. These kids are chargers and they’re going to do it with, or without us. So, our first priority is for them to be safe and we want them to learn the environment as best they can.”

This year’s grom posse included Big Island’s Diesel Butts, Maui’s Justin and Steve Roberson, Tiger and Stone Abubo from the Garden Isle, North Shore locals Nalu Deodato and Maikai Burdine, and the sole Californian Hayden Rogers from San Clemente. It’s a week of non-stop surfing, as the groms take full advantage of occupying one of the most coveted pieces of real estate in all of surfing. It’s safe to say that more water time was logged by the groms in one week than the pro team will total in the entire season. “The groms are out there at daybreak and they want to see what each other is doing. That’s what motivates them to do a little more than the other. It’s all about who launched the highest air, who’s doing the biggest turns, who’s pulling in the deepest, who’s charging, and they get into that so wholeheartedly, it’s incredible,” said Riddle.