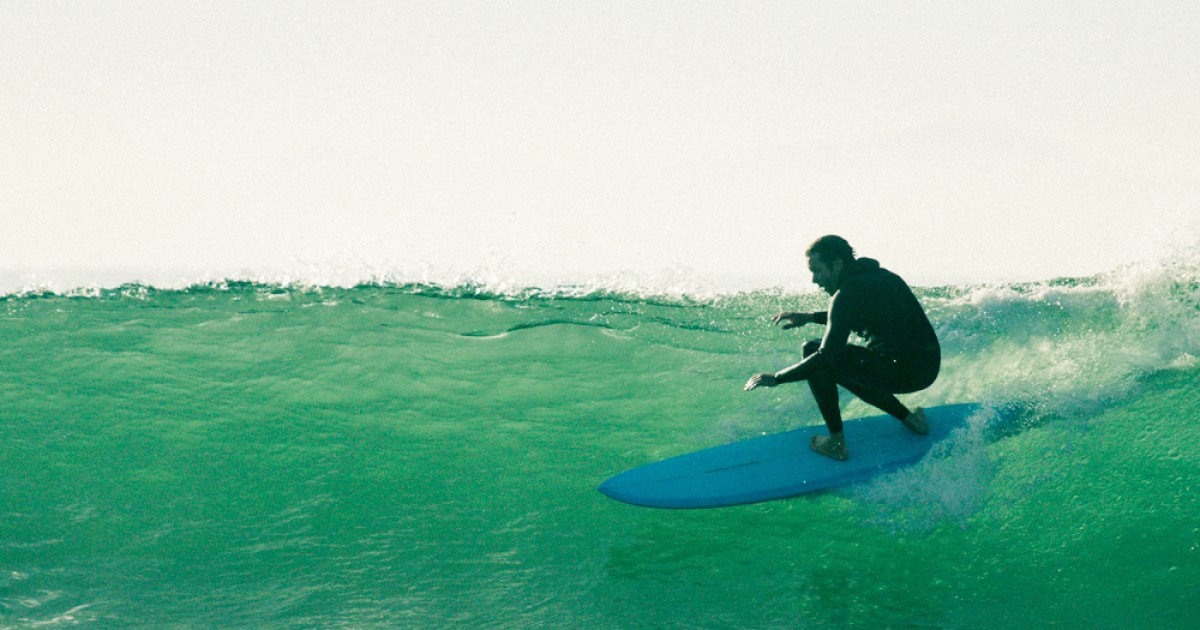 [Editor’s Note: This article first appeared on SURFER’s site in February of 2020]

So you’re familiar with Papa Joel Tudor’s prowess on mid-length single-fins–he’s literally ridden them into the [surf] history books (“…by the late ’90s [Tudor] was devoting half of his water time to shortboards—all carefully replicated from the late ’60s and ’70s,” Matt Warshaw notes in his History of Surfing). You’ve seen the slate of longer, wider alternative shapes the big brands are rolling out. You’re intrigued by Devon Howard’s styling on the new mid-length model (the CI Mid) from Channel Islands. You’re open-minded enough to appreciate Rob Machado’s steezy lines aboard Firewire’s stretched out, mid-length fish, the Seaside and Beyond. And you’re thick-skinned enough that terms like “retro”, “alternative” and/or “hipster” roll right off your back; in any case, mid-lengths are the decidedly normcore (rather than alternative)–a kind of unpretentious outline that, put under the feet of the right surfer (see: Tudor, Howard, Torren Martyn, etc.), can be fairly radical.

So let’s go mid-length shopping. But, before you go crackin’ some eggs, let’s consider the omelette that is your desired approach to surfing. How long is too long? How short is too short? How much rocker is too much? Should you add side-bites, aka training wheels? What the heck’s a mid-length good for, anyhow?

We asked Howard–whose egg-y Howard Special earned a cult following long before his recent collab with CI–to give us the long and short of the mid-length.

You’ve long been an advocate of the egg (if I remember correctly, you did a TSJ piece about the one-board quiver which spoke to the practicality of the design). What’s the one thing you think surfers should know about mid-lengths or eggs?

There are many things to know, but first you need to think about what you hope to get out of your surfing on a mid-length or egg type shape. If you want to just cruise and kind of go along for the ride, there are many low rocker single-fin designs you will enjoy, the ones your friends refer to as “hipster boards.” For me, I like to engage with the wave more than that, and instead of just being a passenger I like to take the wheel and draw bigger swoops at top speed. So that’s where boards that are similar to the new CI Mid come into play. The sleeker outline and its side fins (aka side bites) provide added maneuverability, drive and control through the turns which helps you cover more face on the wave while hitting Mach velocities down the line.

Generally speaking, mid-lengths are not ideal for small waves; they are not grovelers. They usually do best once surf hits head high to just a little bit over. They are an especially nice option for people who frequently longboard but feel that when the waves bump up to head high-plus that there is enough push for them to have a go on a smaller board. But again, the new CI Mid kinda shattered all that thinking and it’s become my new favorite one-board quiver choice.

There are no rules per se, but a good starting point for your first mid-length is about 12” over your height. For me, that hits about 7’1”, so I’ve typically gone between 7’0” and 7’2”; that’s been a great sweet spot. For some designs, I step down to 6’10” if looking for a little more spice in the turn—especially in hollower, more powerful surf. Anything less than 10” overhead feels like it hits the point of diminishing returns, and you end up with a different kind of board altogether. If you feel strongly about going shorter than that I would suggest that you adjust the width and thickness to keep from losing too much surface area, which may force you to pump down the line like a shortboard. If you need to pump your mid then you’ve maybe moved into a totally different style of board, something more akin to the fish or big-guy tri-shortboard genre. Most mid-lengths should give you an ease of glide and long arcing turns made possible by a fuller plan shape and lower rocker.

As a general rule, do you typically only ride a mid-length in waves above a certain size? What are the best conditions for mid-length?

I’ve found that the egg-y sorts of shapes I’ve ridden over the years worked best when the surf was nearing head high and over, and up to double overhead on the max side of things. Under that, a log was more ideal for me if in the mood to walk around and nose ride–or if I wanted to fly down the line on small, gutless waves, a shorter railed, skate-y outline made more sense. Most mid-lengths feel limiting in small surf because the longer rail and bottom contours on the majority of them require a bigger, more powerful canvas to really open up and do their thing. Admittedly, this point of view was just due to the simple fact that I’d spent nearly all my time on boards with bottoms that were mostly flat or had a slightly rolled entry that flowed into a vee-bottom with super shallow vee, or flat off the tail. When we hand shaped our very first initial prototypes [of the CI Mid], I was instantly surprised how well they went in waist- to stomach-high surf. It was like discovering a whole other gear I’d never accessed before, especially in the small stuff–and it was mostly thanks to that added speed from the double-barrel concaves that had directly descended from the evolution of Al [Merrick]’s Tri Plane Hull designs he did in the ’70s. We landed on a modern, relaxed rocker design that scoots, squirts and swivels with ease.

Any tips for figuring out how to ride your mid-length (especially for someone who is used to riding thrusters 90 percent of the time)?

Just hit the reset button and go into your first few sessions with no expectations. If you are coming from a shortboard background, I highly recommend you don’t try to ride it like one. This will lead to major disappointment. Trying to rip tight, arcing turns or pumping it off the tail may not yield the results you are looking for unless you have legs like Occy. If you take the first few waves and just trim and go straight that’s a great way to reset, then each wave after that turn a bit harder until you start clicking with it. Also, it’s good to think more like a long snowboard carve in powder approach than that of tight, aggressive shortboard turning. Be patient and tap into that long rail, trusting the line you lock into.

Most mids on the market don’t really open up until it’s shoulder to head high or bigger because they need more wave face to move around on that longer rail line. If it’s smaller than that you may need to jump on something more skate-y (shorter rail line) or a log.

What about fins? Any rules for which set-ups work best?
Fin set-ups are the most subjective aspect of mid-lengths and people get pretty passionate about it. I’ve been informed there are “rules” of what makes my boards “real” or “legit” but I say there are no rules you have to follow and let people decide for themselves what works best. When asked my “opinion,” my answer depends on the overall board design you’re referring to—and what kind of lines you want to draw. In my experience, single-fin mids have a uniquely free feel to them, and are great for running straight down the line and tube riding, or if you like a cruisy, easy-going type of turning sensation. I personally prefer two-plus-one set-ups in most mid-lengths I ride (6.5” or 7″ center, with 3.5” or 4” side bites) because I’m trying to get the most hold and acceleration out of my turns. I’ll admit they don’t look as cool as a single, but those little side fins out next to the rail create more lift (drive) through the turns—and gunning it through a hard-charging turn at top speed is a pretty hard feeling to beat.