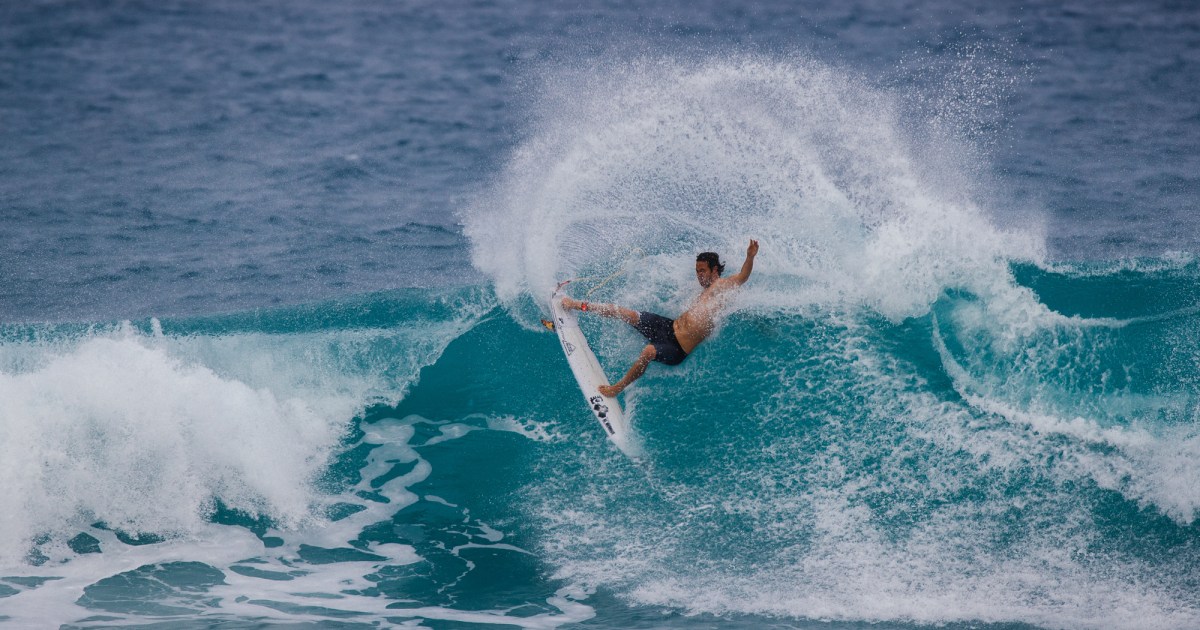 Just a few weeks before the start of the Tokyo Olympics, stylish powerhouse Jordy Smith has officially withdrawn from Team South Africa and will no longer be competing in the 2021 Games. According to Smith’s Instagram statement, he won’t be chasing gold this year due to an injured knee that likely won’t be fully recovered in time for the event’s start.

“Ever since I can remember I have loved watching the Olympics,” Smith said in his most recent post. “When surfing got into the games, and then to qualify was a dream come true. So it is with a heavy heart that today I have withdrawn from the Olympic Games in Tokyo. After a few weeks of sleepless nights I needed to face the reality that unfortunately my knee won’t be ready in time to compete at the highest level I need to win gold or medal. I plan on surfing at the highest level for many years to come and unfortunately waiting to do the surgery until after the Games was going to further jeopardize any chance of 100% recovery and potentially do further damage.”

“It was a long road to Olympic qualification for me, my family and all my sponsors and I want to thank them for all the love and support,” continued Smith. “I was so excited to go try win a Gold Medal for South Africa, but sadly it won’t be this year. Medaling in the Olympics would have inspired the next generation of young South African surfers and athletes and that’s what I was most excited about. It felt so much bigger than me. As I write this I’m still coming to terms with this decision. I’m not only devastated for myself but all my awesome support team as well. While life feels unfair at times, I’m so fortunate to have what I have and get to live the life I do. I have a incredible wife @lyndall_m_smith and beautiful little boy that will keep me positive and focused on this recovery.”

Bianca Buitendag will be the lone South African competing in Japan. Taking Smith’s place will be the Italian Stallion Leonardo Fioravanti, who narrowly missed Olympic qualification this year. “As per the Tokyo 2020 Alternates list published by the ISA, Fioravanti is the next eligible surfer to replace Smith via the qualification event from which Smith qualified: the 2019 WSL Championship Tour (CT),” the ISA said in a statement. “The Italian National Olympic Committee (CONI) has accepted the qualification slot for Fioravanti, finalizing the process.”