How LGBTQ+ Surfers Are Creating a More Inclusive Surf Culture 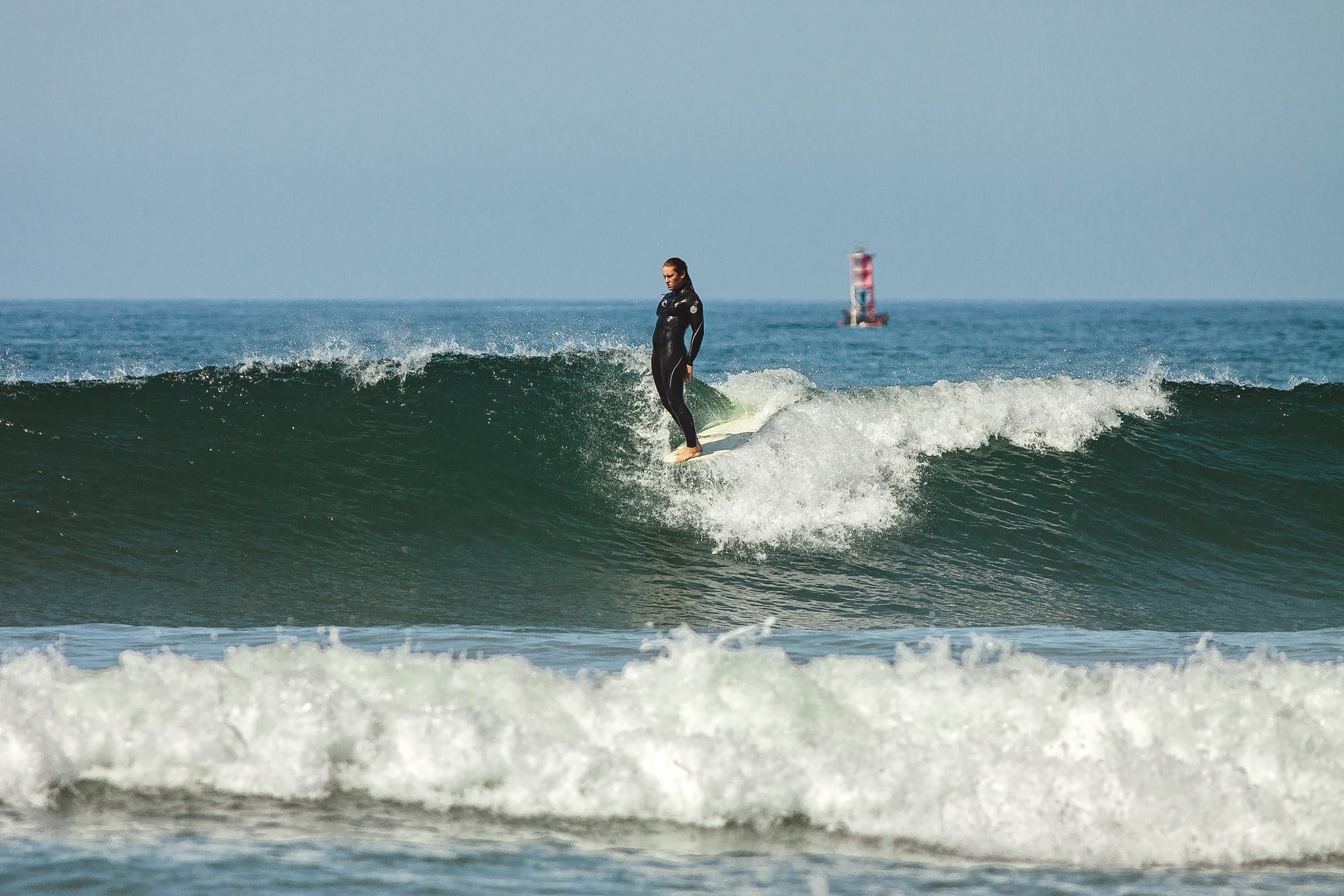 A three-time world longboarding champion, Cori Schumacher is one of a small handful of elite-level competitive surfers to come out.

But surf culture is changing—both passively, as the world changes and surfing is begrudgingly pulled with it, and actively, through the efforts of young queer surfers like Milner. How quickly it does, however, has much more to do with straight, cisgender surfers than it does with members of LGBTQ+ surf community.

“I want to see more people feeling comfortable coming out in surfing,” says Milner. “I hope this

conversation just keeps going until people feel uncomfortable to actually reach out and say bigotry and harsh words toward anyone who’s different from them. You may think there’s no place for different people in surfing, but you’re wrong.”

Cori Schumacher greets me at a park overlooking a tranquil lagoon framed by spindly reeds. We’re not far from the SURFER offices, but I’ve never once noticed this oddly-Zen corner of Carlsbad’s suburban sprawl. Schumacher would know all the good spots in this city, though, considering she literally runs the place.

City Council Member Schumacher represents Carlsbad’s 1st District, which contains this park, a long stretch of beach (the surf could be better) and many thousands of residents. But before she occupied Carlsbad’s halls of power, she was on the outside of pro surfing’s, pushing its institutions to evolve on social issues.

Tyler Wright’s coming out was nothing like Brian Anderson’s—it was subtle, natural, just a small piece of a bigger story, which is of course how human beings tend to view their sexual orientation.

Raised in San Diego by surf-obsessed parents, Schumacher epitomized the Southern California super grom, seldom seen out of a wetsuit on weekends, always sparring for a podium spot at local events, with piles of plastic trophies back home to show for it. For someone who’d later be cast as an outsider in the surf world, Schumacher’s upbringing looked less like Erik Logan’s and more like Kolohe Andino’s.