How to Order the Perfect Board for a Hurricane Hunt 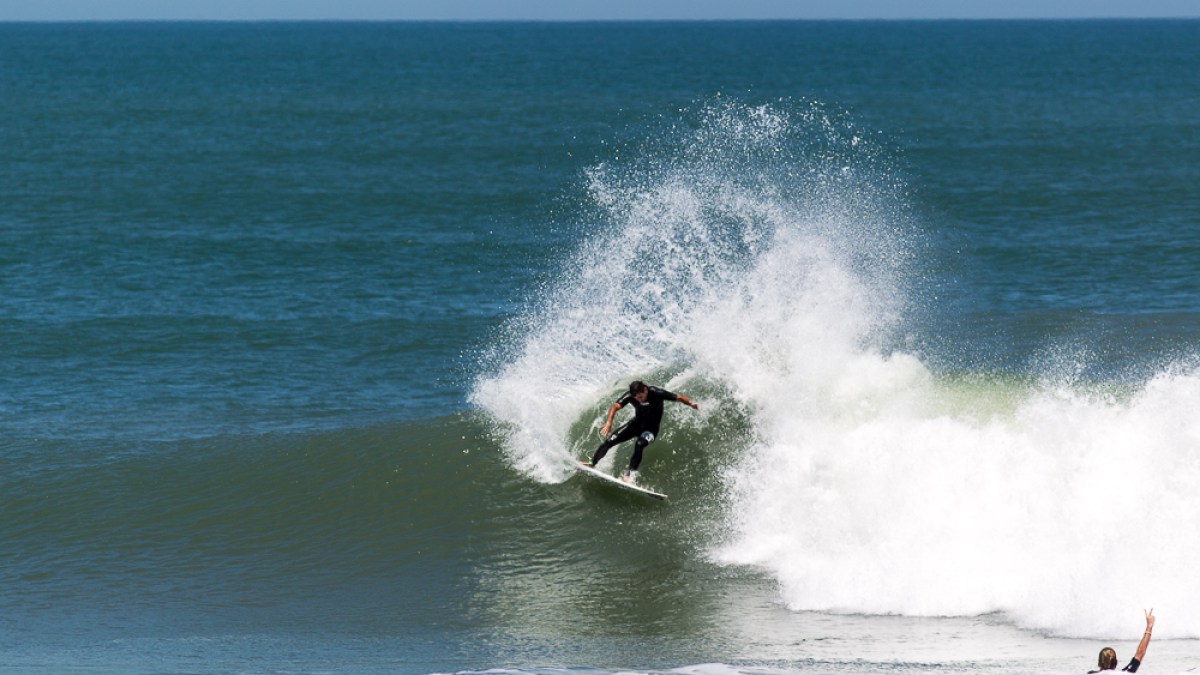 This won’t last forever. At some point COVID-19 will be a thing of the past, and we’ll again be allowed to chase barrels to Bali rather than just watch those lucky enough to afford pricey business visas stuff themselves inside empty Indonesian tubes on Instagram.

Until then we can dream. And scroll. And order new surfboards.

By all accounts, surfboard builders are busier than ever in the midst of this pandemic. Apparently surfers all over the world are using this time to re-stock their quivers. And with that in mind, we thought it would be a good time to collectively brush up on some surfboard design theory, to talk to some master builders about how we should approach filling the holes in our quivers.

We often think of ordering a board for small surf, good surf and big surf, but that’s doing a disservice to ourselves and our surfboards. There’s a huge difference between a 6-foot day at Keramas, Rincon and the Outer Banks, and the board you’re riding at each would ideally reflect as much.

So rather than talking about wave size, we’ll be looking at boards in terms of wave type. Two weeks ago we spoke with shaper Jon Pyzel about the type of boards that work well in slabs. Last week, we broke down the basics of pointbreak boards with the help of Channel Islands’ Britt Merrick. And today we’ll be focusing on equipment that works best in punchy, hollow beachbreak fare with WRV Surfboards’ Bob Yinger. Living on the Outer Banks of North Carolina, and with former Championship Tour surfer Ben Bourgeios as his test pilot, Yinger is in tune with what type of equipment is required for a hurricane swell strike mission.

If you’re ordering a surfboard specifically for the punchy beachbreaks that come alive on the East Coast during hurricane season — what’s the most important thing to consider as it relates to:

“When the waves get bigger here [on the Outer Banks], you don’t really need a bigger board,” says Yinger. “You might go from 5’10” to 6’0” or 6’1”. And that’s the case for most punchy, hollow beachbreaks, so long as it’s not Puerto Escondido [laughs]. It’s really more about adding volume in all of the right places. Look at Jesse Hines and Brett Barley — it doesn’t matter how big it gets around here, they aren’t riding a lot of board.”

“Benny Bourgeios is into riding boards with a lot more volume these days, but he’s always telling me to hide it,” explains Yinger. “Basically, you don’t want the volume out on the rail. It needs to go under the chest. If you’re gonna err on thicker or thinner rails when building a board for punchy beachbreak, err on the thinner side. As soon as your rails are too beefy, you’re done. Ben likes to say that a thick board is always gonna be too thick, but a thin board you can get used to. Thick rails are OK if you’re surfing a soft, San Diego beachbreak, because the waves come from so far away. You can ride a Skip Frye fish and not be held back most days. But over here, that’d be like fitting a square peg into a round hole. It just won’t work.”

“I like to keep my edges softer,” says Yinger. “They’re more forgiving that way, because the water can bend around them. And when you’re trying to knife the drop, you want something forgiving; one skip and you’re straight over the falls.”

“I try to keep my entry rocker a little flatter, but that’s a tough one because 1/16th of an inch can make a big difference, and the right rocker depends a lot on personal preference,” says Yinger. “But generally, if a board has too much entry rocker it’s gonna hang at the top, which is the last place you want to be. What I’ve learned, after making boards for Benny B for 25 years, is that if he likes it, if he says it’s good, it probably is. Any shaper that’s made boards for Ben knows how particular he is about details. It’s funny: A lot of surfers think you need a lot of entry rocker for steep surf but that’s not really true, you actually want something less curvy to get you down the face.”

“I’m still liking the straight single concaves, with a little vee off the tail,” admits Yinger. “I wish I had some game-changing breakthrough here, but that’s been working on my beachbreak boards for the last 20 years and it’s still working today. When you look at the high-performance boards from Merrick, Mayhem…even the stuff Akila [Aipa] is doing, it’s mostly single concave with vee out of the tail. It’s just what works.”

“I’ve been talking some people into trying this little diamond tail. You know Hector Santamaria, from Puerto Rico? I’ve been making him some boards that way and he’s loving them. It’s in-between a squash and a round tail and I think they’ll make a comeback. They definitely hold better on steep drops than a normal squash. Otherwise, you can’t go wrong with the rounded pin in a good beachie.”

“I think most people get a couple sets of fins and don’t experiment much. I will say, I’ve seen a lot more guys riding quads in heavier surf recently. They’re great for barrels, because they’re faster than a thruster and can ride over the foam. I’d say the majority of surfers think of quads as a small wave setup, or for big guns. But they are also a great option for a punchy beachbreak and I think a lot of surfers would be hooked on the feeling if they’d just give them a chance.”