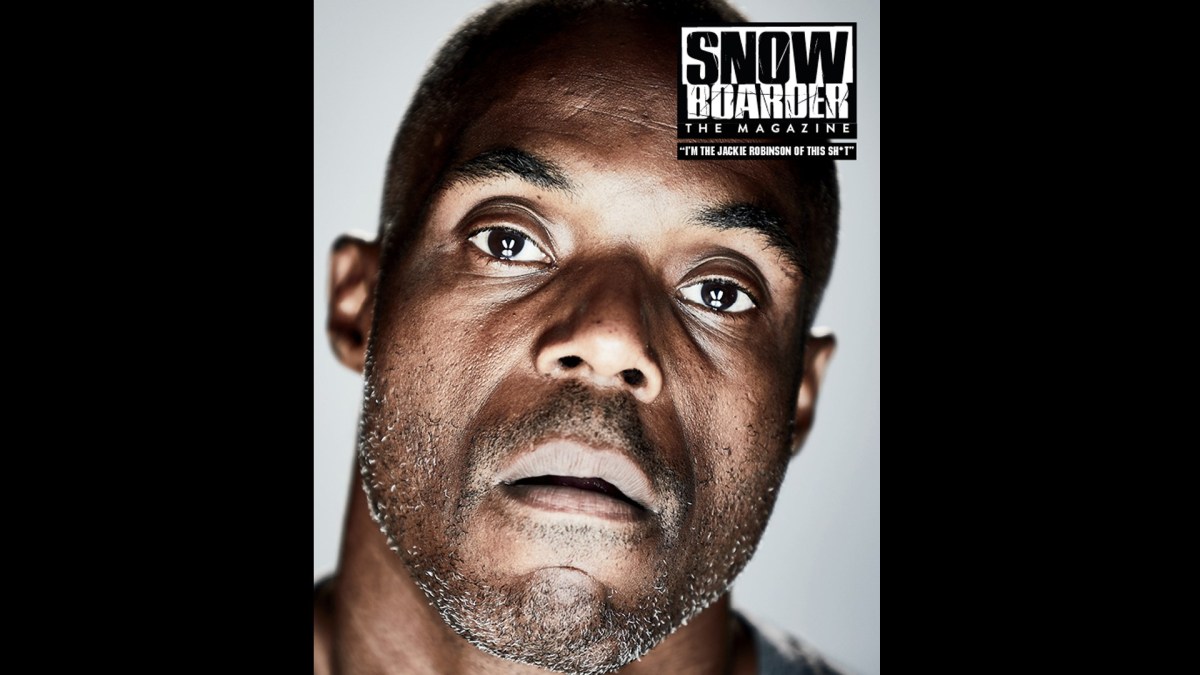 Print season is upon us! Built in collaboration with the most prolific, influential, and compelling Black creators, voices, and talents in the history of snowboarding, the first issue of Volume 33 features the accomplishments and experiences of a cross section of Black riders, including X Games champions, esteemed creators, and industry leaders. Available through the SNOWBOARDER web store, or at #snowboarderfreepress shops!

The godfather. The first to do it. The stuff legends are made of. The long-overdue interview with snowboarding’s first Black pro, Russell Winfield.

32- One Hit After Another -The Keir Dillon Interview

From early days on the East Coast to the shirtless McTwist seen ‘round the world, Keir Dillon never appeared in a bad photo or put out a soggy video part. It should come as no surprise that Keir meshed so well with another arbiter of proper aesthetic, Trevor Andrew, during the mainstay of their careers. Here, two old friends connect to reflect on the then-and-now of life, society, the struggle, and snowboarding.

“If I could start a conversation with the readers of SNOWBOARDER Magazine…I guess the conversation would be: What do we want this to look like going forward?”

A nominee for the 2019 SNOWBOARDER Awards Fan Favorite, the first Black X Games Gold medalist, and perhaps the snowboarder with the most social views in all of 2020, we check in with Zebulon Powell about his rising stock in the industry.

With his photo credit accompanying some of the most storied snowboarding images ever captured. diligence, drive, and superlative ability have combined to set Stan Evans apart from his peers. Yet, few onlookers gazing at a page, poster or image in their feed realize that Stan Evans, a person tasked with framing our sports greats for all eternity, is the only Black creator to thrive in the largely monochromatic field of professional snowboard photography.

Penned by riders, creators, and industry leaders, Elevating Voices is a series of opinion pieces written by Black snowboarders for whom riding has shaped their lives; an opportunity for the greater snowboarding community to listen to individuals speak about their experiences with race, racism, accessibility, and inclusion within our sport.

With so much focus given to the riders that have risen to the top, Work & Progress hands the discussion of race in snowboarding to some of the most influential creators snowboarding has ever known and broadens the discussion to a more all-encompassing look at the various individuals shaping the sport we love.

Though his tenure in the snowboarding spotlight ended far too soon, there is no denying the indelible mark Dillon made on those who knew him or were inspired by his abilities. This collection of images aims to highlight lesser-known or never-before-printed depictions of the style that will live on forever through Dillon’s impact on and off his board.