How to Order the Perfect Board for Pointbreaks 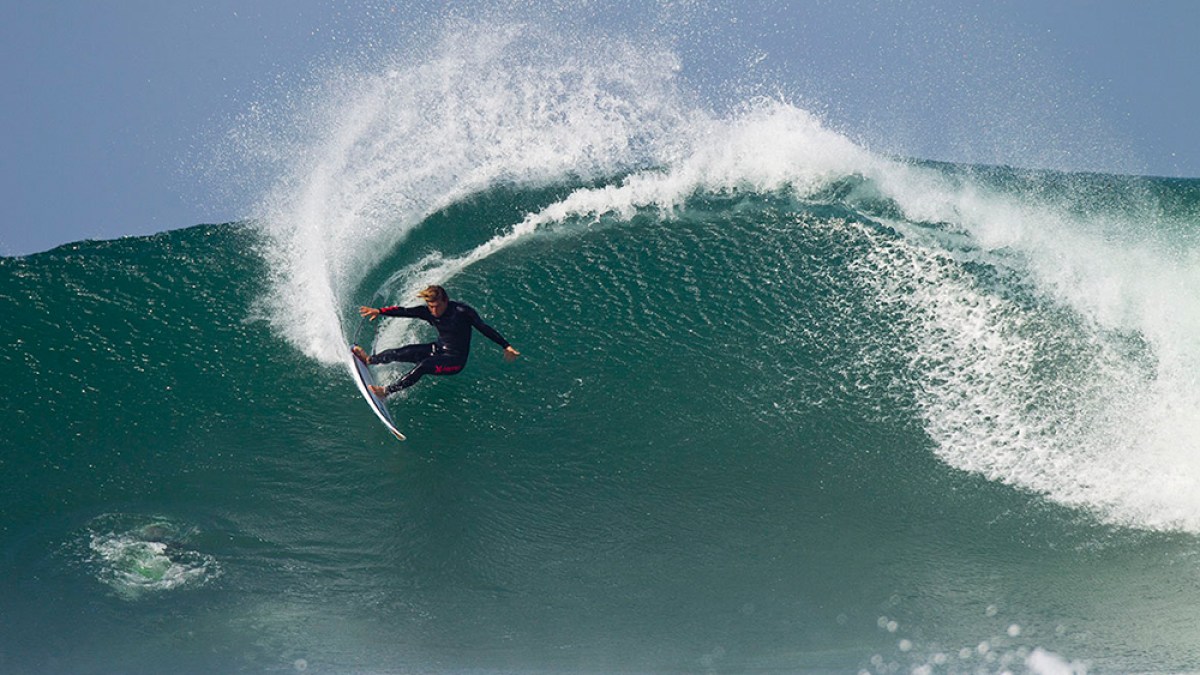 This won’t last forever. At some point, COVID-19 will be a thing of the past, and we’ll again be allowed to chase barrels to Bali, rather than just watch those lucky enough to be “stuck” on the island stuff themselves inside empty tubes on Instagram.

Until then we can dream. And scroll. And order new surfboards.

By all accounts, surfboard builders are busier than ever in the midst of this pandemic. Apparently surfers all over the world are using this time to re-stock their quivers. And with that in mind, we thought it would be a good time to collectively brush up on some surfboard design theory, to talk to some master builders about how we should approach filling the holes in our quivers.

We often think of ordering a board for small surf, good surf and big surf, but that’s doing a disservice to ourselves and our surfboards. There’s a huge difference between a 6-foot day at Keramas, Rincon and the Outer Banks of North Carolina, and the board you’re riding at each should reflect as much.

So rather than talking about wave size, we’ll be looking at boards in terms of wave type. Last week we spoke with shaper Jon Pyzel and dove into design theory for the most technically-challenging waves — slabs. This week we’ll be breaking down the basics of a perfect board for pointbreaks, with the help of Channel Islands’ Britt Merrick. With Rincon in his backyard–and the likes of Tom Curren, Dane Reynolds, Lakey Peterson and Mikey February on his team–Merrick is regarded as one of the best in the world at building boards for drawn-out surfing.

OK, so if you’re ordering a surfboard specifically for a pointbreak, what’s the most important thing to consider as it relates to:

“On a point, you have an opportunity to spread your wings, so to speak. You can draw longer lines, and do more down-the-line surfing, especially on your forehand. With that in mind, you can go up in length a little bit. While I think your normal shortboard will still work, pointbreak surfing is an opportunity to take a different approach, and so it makes sense to add an inch or so. That said, if you’ll be riding the board exclusively backside, I might not add any length, and would even consider going a little shorter, as the type of surfing you’ll be doing on your backhand on a pointbreak is quite different.”

“If you’re surfing a pointbreak, you’re usually competing for waves. Especially around here. Let’s say you’re surfing Rincon, or maybe Trestles. I think ordering a board for either wave is a great opportunity to go up in volume. If you’re at a beachbreak you can find your own zone, sit right under the peak, and kind of slip into waves. But at a pointbreak, people are pushing each other further and further out, and so I would add volume for that reason alone.”

“Now, with that said, if you’re lucky enough to be at a pointbreak where you’re not competing with a bunch of people, I would totally re-think that approach, and go minimal with volume. Reason being, points usually break in the same spot, so you can position yourself in a spot where you don’t have to scratch to catch it, and then the wave is going to have plenty of down the line push. Minimal volume will allow you more freedom on a wave, and maximize your performance. For the last several years I was going the minimal volume route at Rincon, but I recently decided I can’t do it anymore [laughs]. I was getting exhausted after an hour. So now I’m going the total opposite and shaping for maximum volume just so I can catch more waves. So, I guess volume depends a lot on your mindset.”

“Rails and edges are such a personal thing in my mind, and there are a lot of ways someone can go. If we’re talking a California pointbreak, they’re not too powerful, so you don’t necessarily have to have a super down rail and you can have a more buoyant rail. But if you are getting into some more powerful surf you want something you can sink a little more easily. As far as edges go, it’s a little counterintuitive, but less edge holds in the face of the wave better, because hydrodynamically the water wraps around a round surface and holds it in. If you think about a longboarder at a pointbreak, when they’re standing up on the front of a classic noserider, that back rail — which is the only part that’s in the wave — is super round and soft, with no edge on it. That’s because the water wraps around and holds it in the water. So for a point, a softer edge is generally the way to go, despite what a lot of people think about edges.”

“At a pointbreak, you can use a flatter rocker, because you’re gonna have more time to set up your turns, and you’re gonna be doing bigger, more drawn-out turns. Plus, you’ll probably have to get going really fast to make sections. When I’m making boards for points, I’m thinking low entry rocker — so you can really get down the line — but then accelerated rocker out the back. You kind of want to have a combination between coming off the bottom really tight in the pocket, and then drawing out that top turn, because that’s the fun thing in a point. Once you square up, you can do big, long, sweeping turns off the top. Lower entry rocker lends itself to that sort of surfing.”

“With pointbreaks, it’s always a combination of creating speed and harnessing speed, and those are the two things you’re always balancing with surfboards. If you’re surfing some mushy California point somewhere, the whole goal is to generate speed. If you’re in Bali, the whole goal is to harness and control speed. So that’s two different approaches to bottom contours. That said, I think it’s usually a bit of a combination at most points, so I would recommend concave forward, with vee out the back.”

“I think tail design is also such a personal preference. Generally, I think the rounded squash is the way to go on a point, because it can be super pivotal or it can be super carvey. But someone like Dane [Reynolds] will only ride a squash until it’s double overhead. Whereas Zeke Lau rides almost entirely round pins in everything.”

“At a pointbreak where you’ll be getting a lot of speed and doing drawn-out turns, you want a fin with some rake, and that has good surface area in the front. But then what helps, and this is what we’ve done with our AM model fins, is to go with a smaller back fin, which opens the board up to tighter arcs.”