How Worried Should We Be About Radioactive Releases from San Onofre? 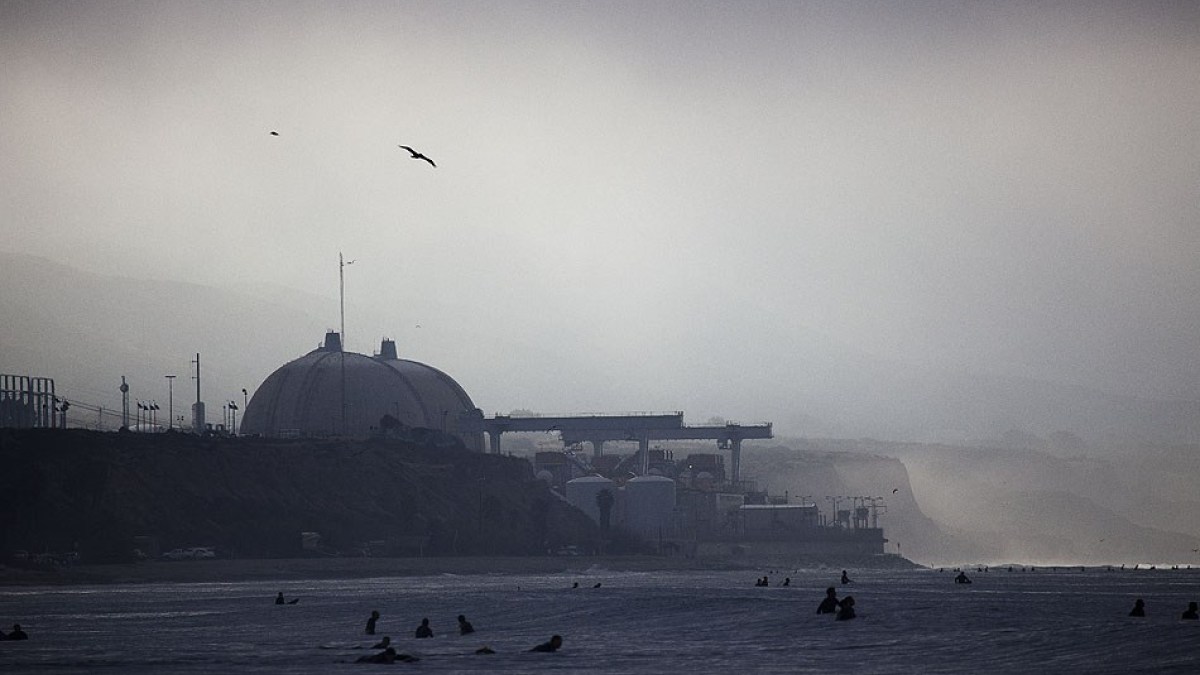 As many San O regulars know, for over 50 years, the San Onofre Nuclear Generating Station (SONGS) has occasionally released radioactive effluent into the ocean, just down the coastline from San Onofre State Beach, home to everyone’s favorite logging haunts as well as Trestles’ high-performance playground.

That particular stretch of coast sees nearly 2.5 million visitors a year, according to the California Department of Parks and Recreation, and many, if not most of them obviously find themselves in the water. Sounds like a problem, right?

Surfrider Foundation, which pushed Southern California Edison (SCE) to provide the public advanced notice of the batch releases of liquid effluent into the ocean (you can keep track here), recently published a discussion between their staff scientist Katie Day and marine radiochemist Dr. Ken Buesseler about just how much these batch releases should concern people.

“Most people don’t realize it, but the ocean already contains many of these same radioactive contaminants left over from atmospheric fallout from nuclear weapons testing from the 1950s to ‘60s,” says Dr. Buesseler, who founded the Center for Marine and Environmental Radioactivity (CMER) at the Woods Hole Oceanographic Institution (WHOI). “For background, the highest value recorded off the California coast was 8 Bq (Becquerel) /m3 [one Becquerel is one decay event per second, and one cubic meter is about 260 gallons of water] at Scripps Pier in La Jolla in 1961.”

It turns out that, according to the reported amount of effluence—0.06-0.1 Bq/m3—we’re looking at about one-twentieth the concentration of radioactive contamination that already exists within the surface waters of the West Coast. Buesseler says that even if you were to surf or swim at San O every day for the rest of your life, or better yet for 100 years straight, it would result in “an additional dose that is more than 10 times smaller than the radiation we receive with a single dental x-ray.” Unless, of course, the levels being self-reported by SCE aren’t actually the levels being discharged.

Buesseler says that WHOI has conducted only one test in the last several years of a SONGS discharge, which is released 1.1 miles offshore. The good news is that if you really want to double check SCE’s numbers, you can collect 5 gallons of water nearby before, during, and after a known discharge, and ship it to Buesseler’s lab. “Ocean sampling for cesium-137 [the easiest radioactive contaminant to monitor] is available via OurRadioactiveOcean.org if a group of local citizen scientists want to help collect the 5 gallons needed to detect cesium-137 and crowd-fund to help pay for analyses at our research facility at WHOI.” The price tag is unfortunately steep, costing $550 per sample.

As far as the effect this radioactive effluent has on seafood caught in the area, Buesseler sees no cause for concern (though it’s best to check with California’s Office of Environmental Health Hazard Assessment for a bevy of other reasons). Buesseler told Surfrider that, “[G]iven the levels in the ocean today, [WHOI] would not expect there to be a concern either for humans consuming seafood near the outfall or for the health of marine life near the outfall.” Even using Japan’s threshold for cesium-137 levels, which are reportedly the most stringent (100 Bq/kg), the levels of cesium-137 being reported aren’t high enough to be considered unsafe.

So, if you find yourself so lucky, you’re probably safe to keep surfing San O on the daily, save for the usual hazards associated with having hundreds of people on heavily-glassed logs jockeying for waves. But, of course, having a group of surfing citizen scientists collect some samples for WHOI for more thorough, objective analysis would surely help everyone sleep better as well.

Click here to read the full discussion over at Surfrider.