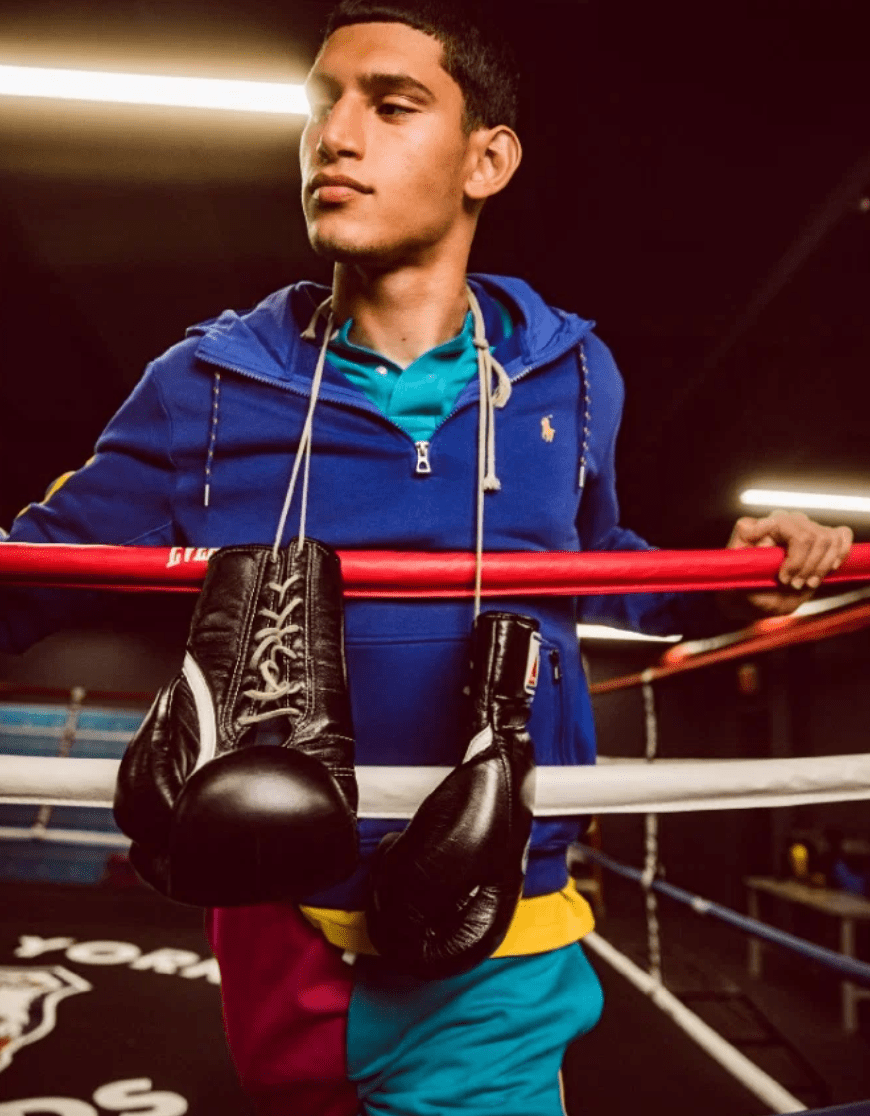 This article was produced in partnership with Polo Ralph Lauren

Alexis Chaparro has walked the runways for some of fashion’s biggest brands, starring in editorials, and gracing the covers of menswear magazines. But his rise in the modeling world has been an unorthodox one: Chaparro also happens to be a 3x national boxing champion, who qualified for the 2020 Olympic Trials.

Chaparro grew up in Ridgewood, NY—a neighborhood in Queens. His father taught him how to box, and the inspiration quickly became an obsession. His mother saw his potential and enrolled him in NYC Cops and Kids boxing club, which became so much more than a gym.

The non-profit focuses on giving at-risk youth a place to train, make vital friendships, and develop life skills to help them prosper outside of boxing. It’s a bright spot in a community that’s often neglected and struggles with crime, and actively works to keep kids from getting absorbed into “street life.”

It’s a true community. “Everyone’s different,” Chaparro says. “But everyone has a story—some had it rougher than others—but the goal is to stay off the streets. Everyone leaves with the same feeling of accomplishment.”

Chaparro’s passionate about this program and the changes it made on his life, as well as the lives of countless other kids around. He’s working hard to make sure the program stays successful. He talks passionately about how great things can come to these kids, as long as they have guidance and someone who teaches them to put the work in and be patient.

“We all get tested with trials and tribulations, but we can overcome it all,” he adds.

Great things are going to come to those who learn there are many routes to success, and that lifting one another up is much better than tearing people down. Alexis exemplifies this sentiment.

“If I can inspire someone to be better, that’s the greatest gift. By setting an example and sharing my story, I hope to inspire these kids to stay on the right path.”

Check out The Sport Shop collection, available at Macys.com.