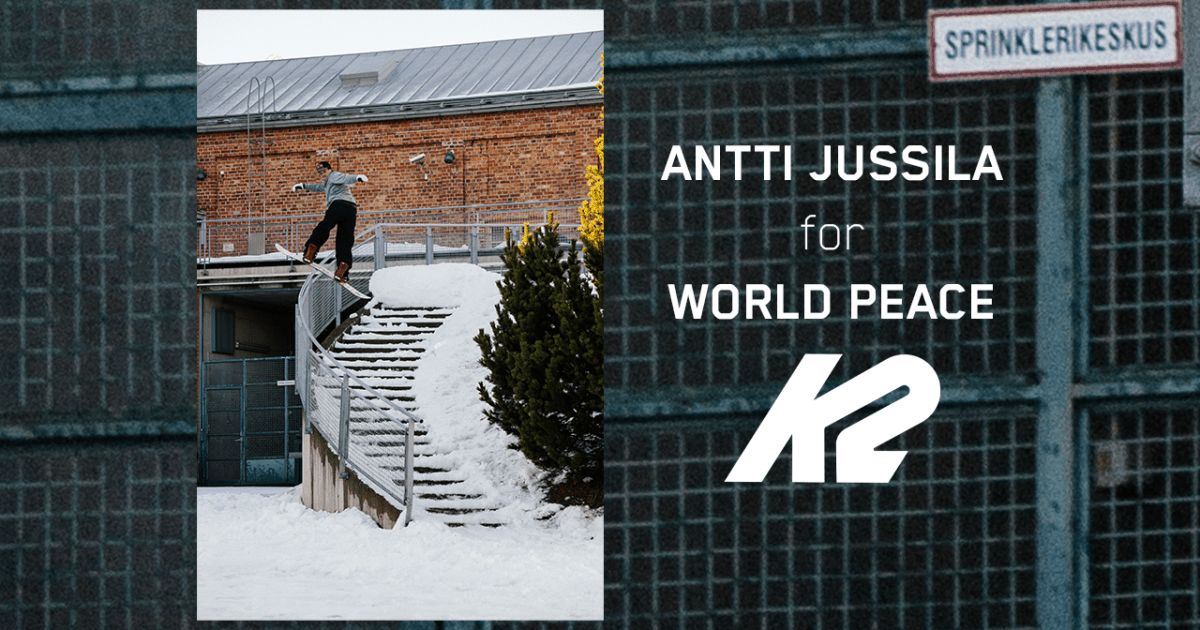 We don’t know if world peace will ever be achieved, but we know it would be a lot better right now if everyone just sat down and watched the latest project from K2 and Antti Jussila!

“When we were cooking up the idea of the World Peace snowboard, we knew that we wanted this board to be playful, snappy, and tough as nails. Immediately, we reached out to K2 Snowboarding Team Rider Antti Jussila to get some insight. After working through prototypes, dialing in shapes, sidecuts, flex patterns, camber lines, etc – Antti put the World Peace to the test, attacking anything and everything Finland had to offer. Filmed entirely in Finland with a hint of France in there (Merci, Bastien) – K2 Snowboarding proudly Presents | Antti Jussila for World Peace.”