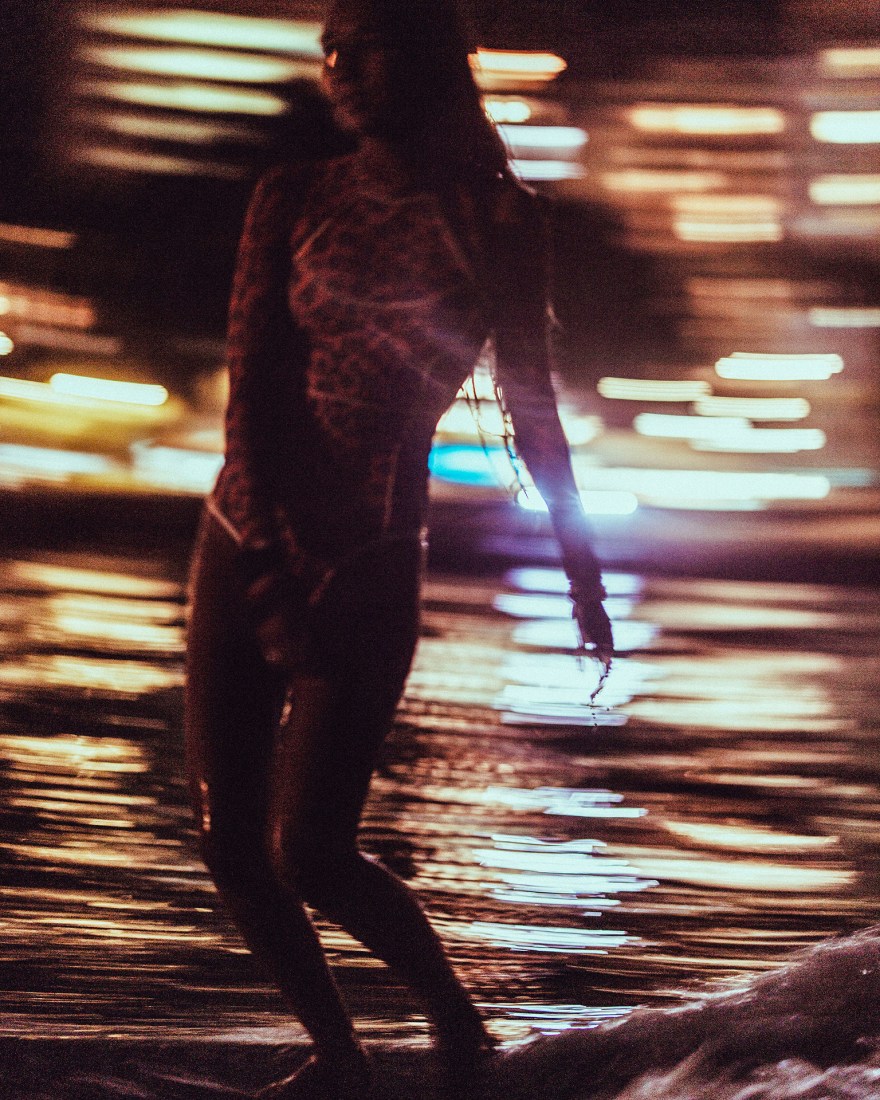 Vying for the World Longboarding Title in Malibu

Kelis Kaleopa’a was destined to be a surfer. Her mom and dad surf. Her grandma surfs. Her cousins surf. And she grew up in Waikiki. So naturally, when she was old enough to swim, she took to the sea.

“We’re such water people,” says Kaleopa’a. “In Hawaii, you’re surrounded by the ocean—there’s nothing else for you to do. The beach, the ocean, they’ve been a part of all our lives since the beginning.”

Kaleopa’a remembers competing in her first competition when she was eight years old. By the time she was fourteen, she was competing on the World Longboarding Tour. While most kids stray towards shortboarding, Kaleopa’a’s heart has always been with longboarding. Growing up in Waikiki, she was surrounded by longboarders her entire life and loves that the sport pays homage to her roots and Hawaii’s kings and queens who used to ride giant boards.

Although Oahu is home to tons of amazing surf breaks, Kaleopa’a tends to stick to Waikiki. She’ll occasionally venture to Ala Moana Bowls or head north but for the most part, she’s satisfied sticking as close to home as possible.

“It’s always good to mix it up. If you surf the same place every day and it stays the same, it’s not going to benefit you,” says Kaleopa’a. “But we get very lucky at Queens because we have three to four different waves—it always changes and it’s never the same.”

In addition to having plenty of waves on offer, Kaleopa’a has a solid crew that she regularly surfs with in Waikiki. Her crews consists of her cousin Kaniela Stewart and her best friends Tiki Willis, Keani Canullo, Sophia Culhane, and the talented pack of groms that frequent Queens. Kaleopa’a appreciates her crew because she says they push each other and cheer each other on, helping them all to become better surfers.

Like many professional surfers, Kaleopa’a has her sights set on winning a world title. The seventeen-year-old missed the first stop of the World Longboarding Tour to attend her great grandmother’s funeral. Kaleopa’a values family above all else and despite the impact the decision could have on her chances at a world title, it’s one she will never regret.

Despite missing the first stop of the tour, Kaleopa’a proved that she wasn’t messing around when she paddled out at the Vans Duct Tape Invitational in Sayulita, Mexico, ultimately winning the event. A few months later, at the Vans Duct Tape Invitation in Huntington Beach, California, Kaleopa’a found herself in the final against three-time world champ Honolua Blomfield. Kaleopa’a put on an epic performance, ultimately claiming the win and putting herself in a position to be a potential title contender despite her late season start. The season will ultimately come down to her performance at the Cuervo Classic Malibu Longboard Championship.

Heading into Malibu, Kaleopa’a’s cousin, Kaniela Stewart is also in contention for the men’s world title. Currently, he’s sitting in the number one position, so the cousins could bring back some serious wins for both Hawaii and their family.

“I love travelling with Kani—he’s my cousin but he’s also one of my best friends,” says Kaleopa’a. “Both of us winning the world title would be a dream come true. Being from the same place, the same town, and the same family—it would mean so much for us to bring it back home for everybody.”

If Kaleopa’a were to win the title, it wouldn’t just be for herself but for her entire community. Without her parents, aunties, and uncles, she wouldn’t be the person or the surfer she is today, so the win, she says, would be for them just as much as it would be for her.

“I didn’t get where I’m at now because of myself,” says Kaleopa’a. “People have helped me get to where I am. I have to give back to the people that helped me and say thank you because without them, I wouldn’t be here.”

Although Kaleopa’a wants to surf for the rest of her life, she doesn’t plan on competing forever. She hopes to win a few world titles and then move on to other things. Fresh out of high school, Kaleopa’a is considering college but ultimately, her dream is to open a farm and grow produce for her community and her family. And surf. She plans on doing a lot of surfing.