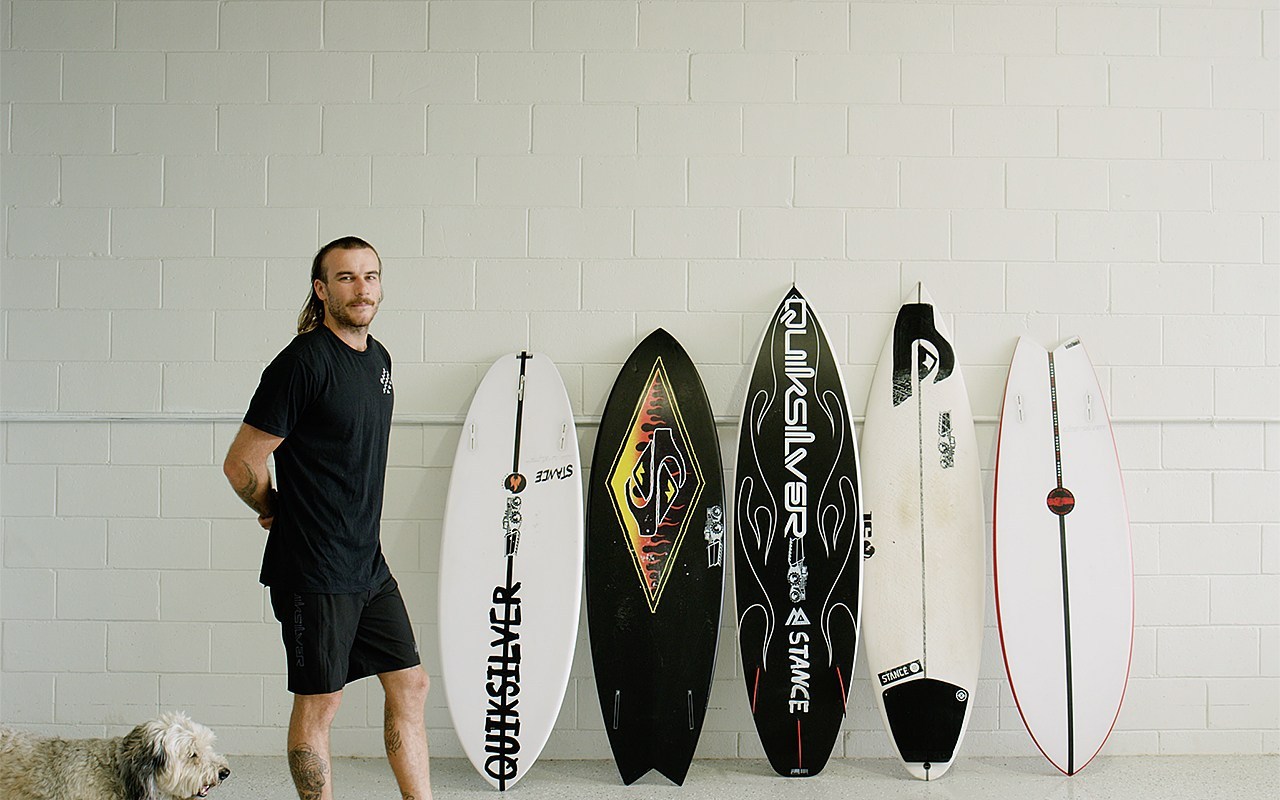 Mikey Wright is the most reckless surfer on tour. Whether in or out of a jersey, he consistently tries to stomp bone-shattering airs on impossible sections. Wright goes hard and we love him for it, but watch one clip of him and it’s no surprise he’s been out of competition since early last year with a herniated disk in his back.

After a 6-month stint on the sidelines, Wright is surfing again, and he’s going as hard as he ever has, which you can see here, in his first clip since his back healed up. However, for someone that surfs as loud as Wright, he’s surprisingly quiet out of the water, and we don’t hear from him often. So this Quivers edit, wherein he breaks down his five favorite JS Industries surfboards, is a rare chance to get Wright’s take on the equipment he uses on the ‘CT and in freesurfs.

We’re used to seeing Wright go ham on his “Forget Me Not” and “Monsta” models — which he rides almost exclusively on tour — but the lines he draws on the alternative shapes in his quiver (like his 5’6″ “Black Baron” Twin-Fin) are as impressive as they are radical. Click play to hear Wright break down (and also rip the bag out of) the JS surfboards he has on rotation right now.