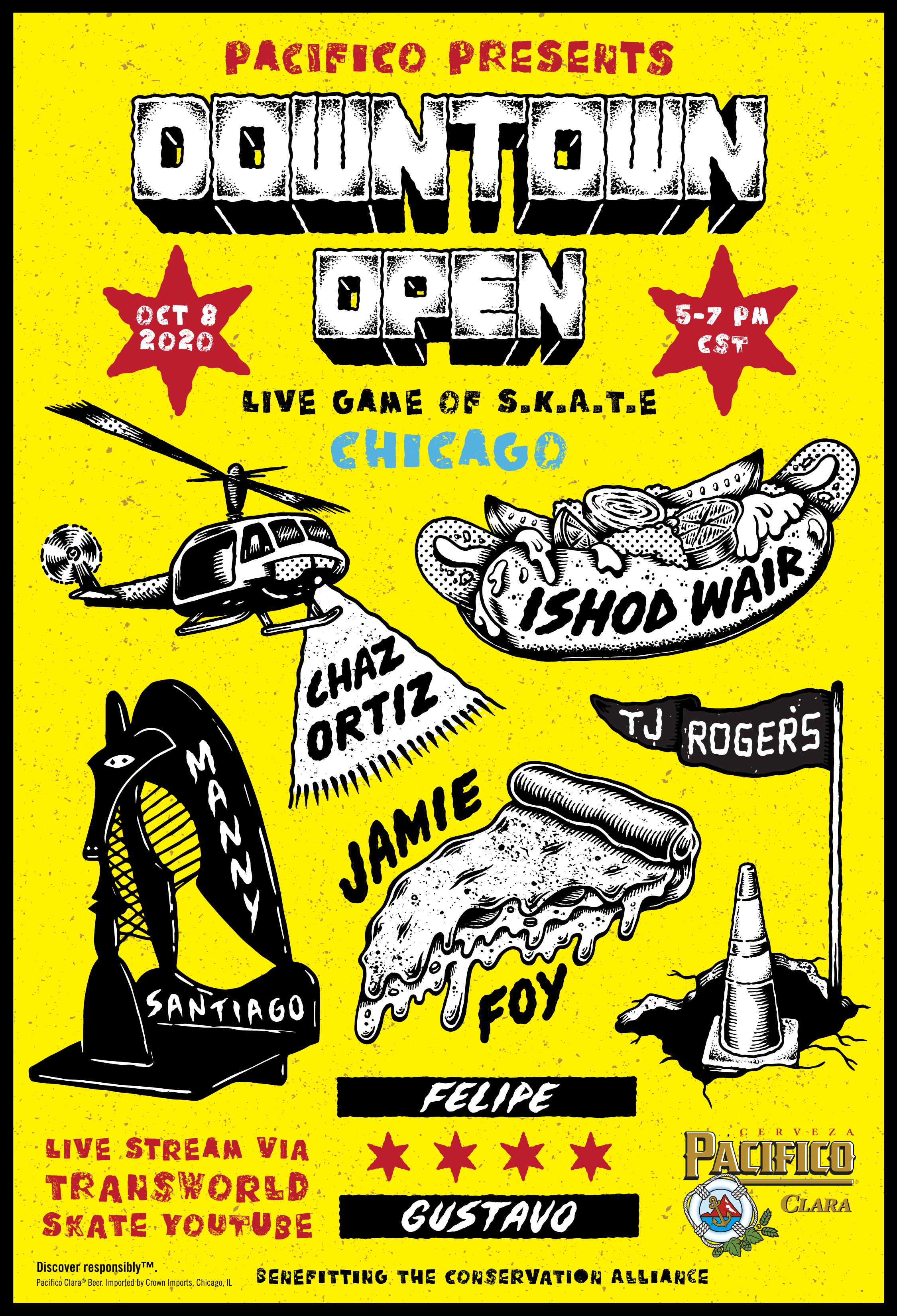 Pacifico’s Downtown Open competition series is hosting its first ever handrail and stair set S.K.A.T.E. competition on Thursday, October 8 from 5pm – 7pm (CST) / 3pm-5pm (PST) here at skateboarding.com and our YouTube. The virtual event will be curated by Pacifico and TransWorld Skateboarding.

Chicago, IL – October 8th, 2020 –Pacifico is inviting six top professional skateboarders; Chaz Ortiz, Ishod Wair, Jamie Foy, Felipe Gustavo, Manny Santiago, and TJ Rogers to Chicago to compete in the one-of-a-kind Downtown Open S.K.A.T.E championship. This isn’t your typical flatground game of S.K.A.T.E, these guys will be battling it out in a game of S.K.A.T.E exclusively on a handrail and set of stairs.

Pacifico will transform a Chicago warehouse to host and stream the event.The competition will be broadcast live via the Transworld Skateboarding Website, Youtube, Facebook, and Downtown Open Twitch. Skate fans will receive an inside look at the competition through on-site hosts Chris Pastras, Chris Cote, and Jack Mitrani. Viewers can interact virtually with the hosts during the competition and ask questions in real-time while DJ Alissa Jo provides the tunes. One winner will be crowned victorious, walking away with the first ever Pacifico S.K.A.T.E. trophy.

Following the event, Pacifico will host a social media poll allowing viewers to cast their vote to bring The Downtown Open to their city the following year. A post-event sweepstakes will also offer the audience a chance to attend next year’s event with a VIP package. Tune in for this first-of-its-kind event!