Skateparks Filled With Sand, So, Shut Up And Skate 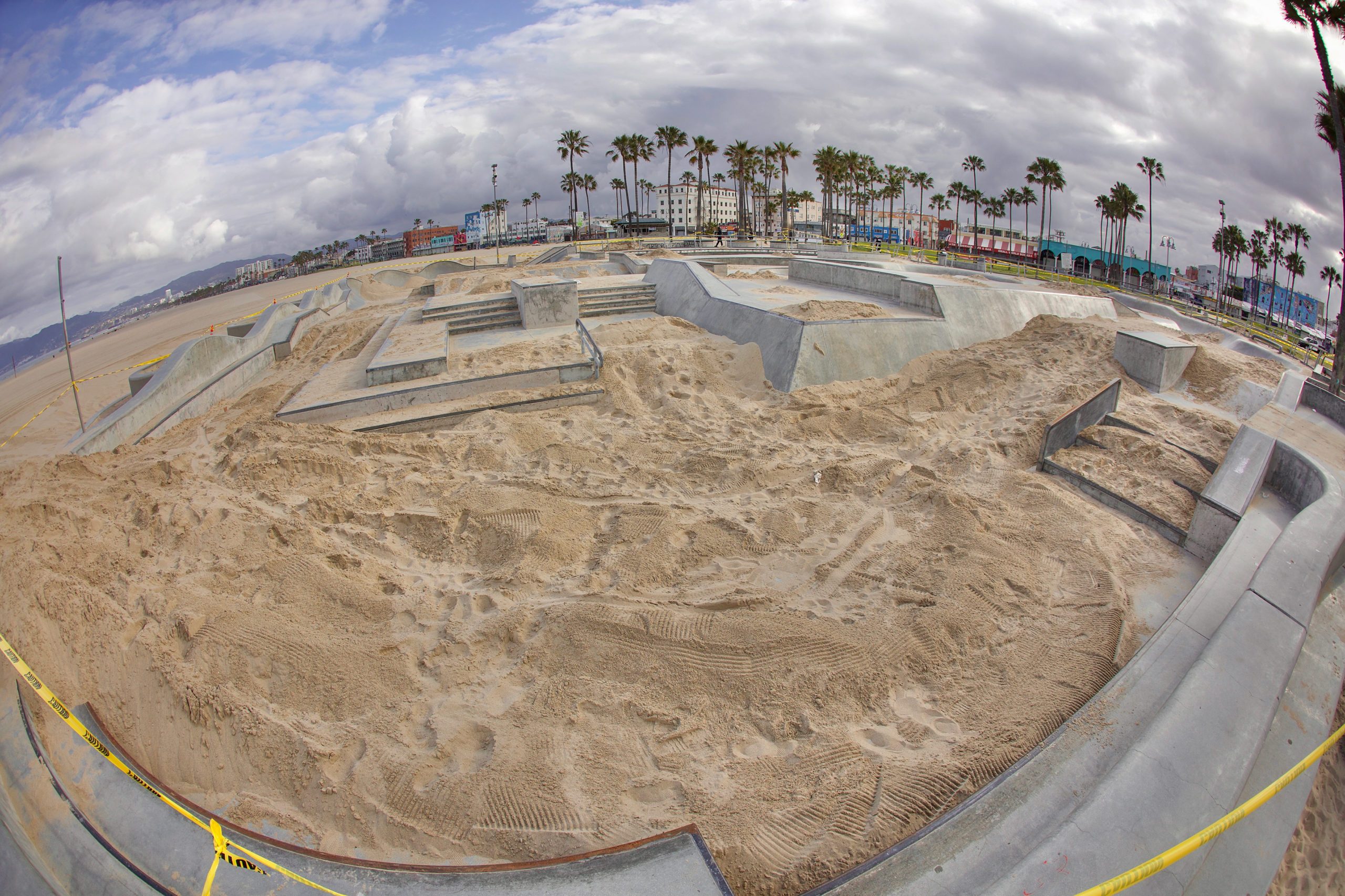 When videos of the San Clemente and Venice, CA skateparks getting filled with sand went viral last week, many in the skateboarding population and beyond had real negative reactions – the outrage was fast, extreme, and polarizing. There was a lot of online screaming about personal freedom being take away. There was even a line of screaming about sand damaging the parks. The parks. Which are made of concrete. Being damaged by sand.

For those of you who were up in arms about this, I’m here to tell you: everything’s gonna be fine, just fine.

The parks were filled in because skaters weren’t obeying local ordinances mandating social distancing or respecting the clearly posted “No Trespassing” signs. Was it an extreme measure? Yes. Was it warranted? Probably, because what skater do you know who respects “No Trespassing” signs? I surely have skated right past my fair share or thousands.

Having your local skatepark filled with sand is a bummer, I feel you, particularly when you have no clue when it’s going to get cleaned out. But the moral of the story is,  I don’t really give a shit and neither should you. San Clemente is my local park, and I want to skate it as badly as all the skaters who freaked out about the sand, but it’s still there. They didn’t bulldoze the damn thing, and one of these days it’ll be skateable again (no, Johnny, sand can’t hurt the concrete). 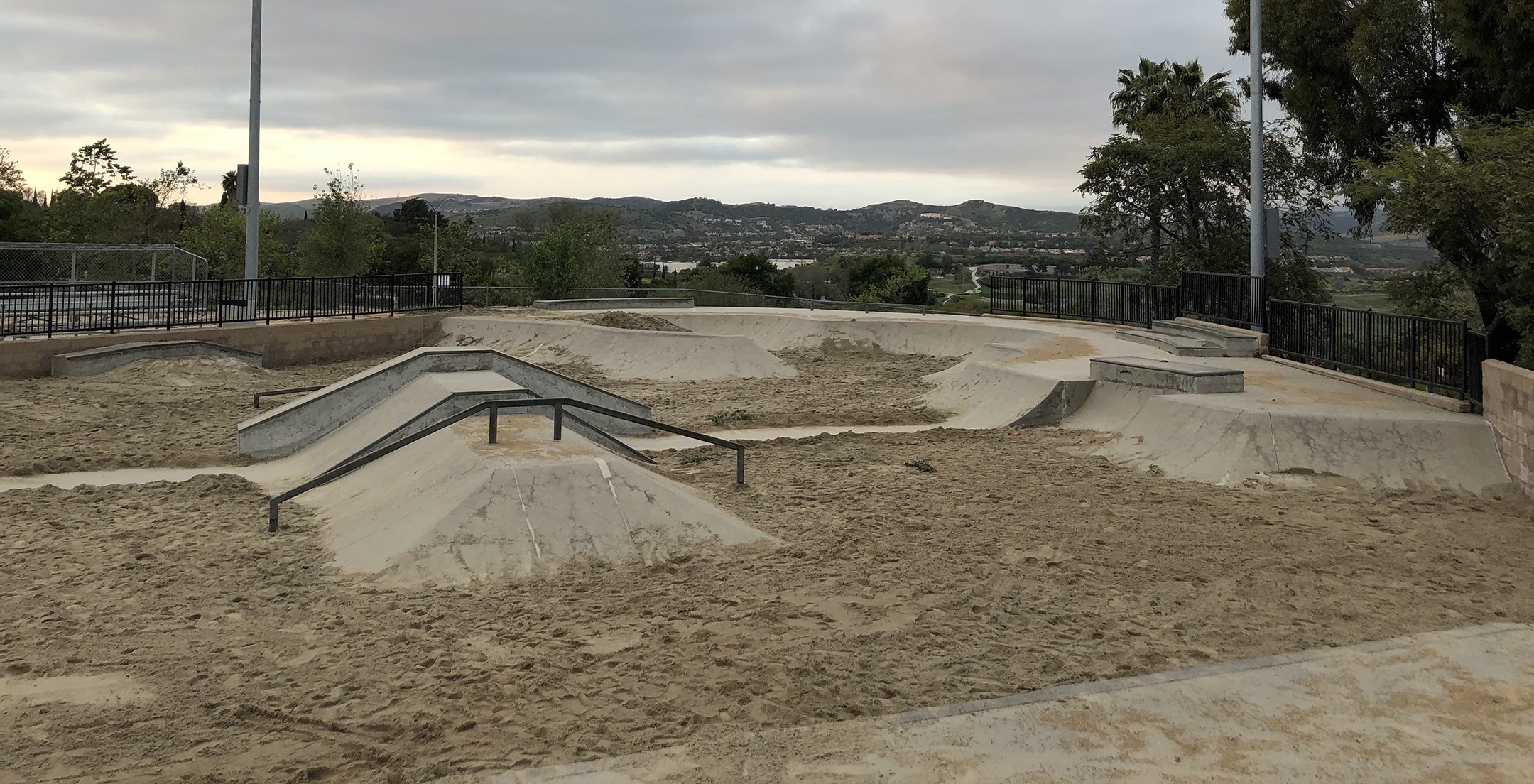 But, more importantly, when did we let our skateboarding get regulated by whether some skatepark is open or not? There’s so much other shit to go skate, and skateparks are a luxury, not a right. Where I grew up in the sticks, we didn’t have a park with a half-day’s drive for the first 15 years I skated. So we skated every hill, curb, and parking lot we could find. We even — wait for it, kids — BUILT OUR OWN RAMPS. With wood and nails and stuff; sometimes we even procured that stuff legally!

Yes, skateboarding is about freedom, but it’s also about three key letters: DIY. Make what you want to skate if it’s not out there already. It’s easier than you think and it may not be perfect, but that’s kind of the point. Just like Neil Blender in Speed Freaks.

The DIY mantra has been a key ingredient to skateboarding since its inception — it’s just as important to skating as progression and attitude. It’s what’s allowed skateboarding to survive, and even thrive, in tough times. In the early 80s when all the famous skateparks got bulldozed, the skaters themselves keep skateboarding alive by building backyard ramps and taking to the streets. They weren’t going to let it die and neither will we.

Sadly, that mantra has been lost through the years, with so many cities building parks and kids coming up thinking someone else will always facilitate their skate needs. But that’s not how it started, and that’s not how it should be.

I’m not here to debate with you about stay-at-home orders and social distancing. I’m here to tell you that the whole COVID-19 situation is a perfect reminder that skateboarding is in our hands, and not the hands of some city official. Stop complaining and start creating. Skateboarding is yours, not theirs. Shut up and skate.

*Update: The City of San Clemente just cleaned out the SC park this past weekend but still have up no trepassing signs, but we know how that always goes, don’t we?