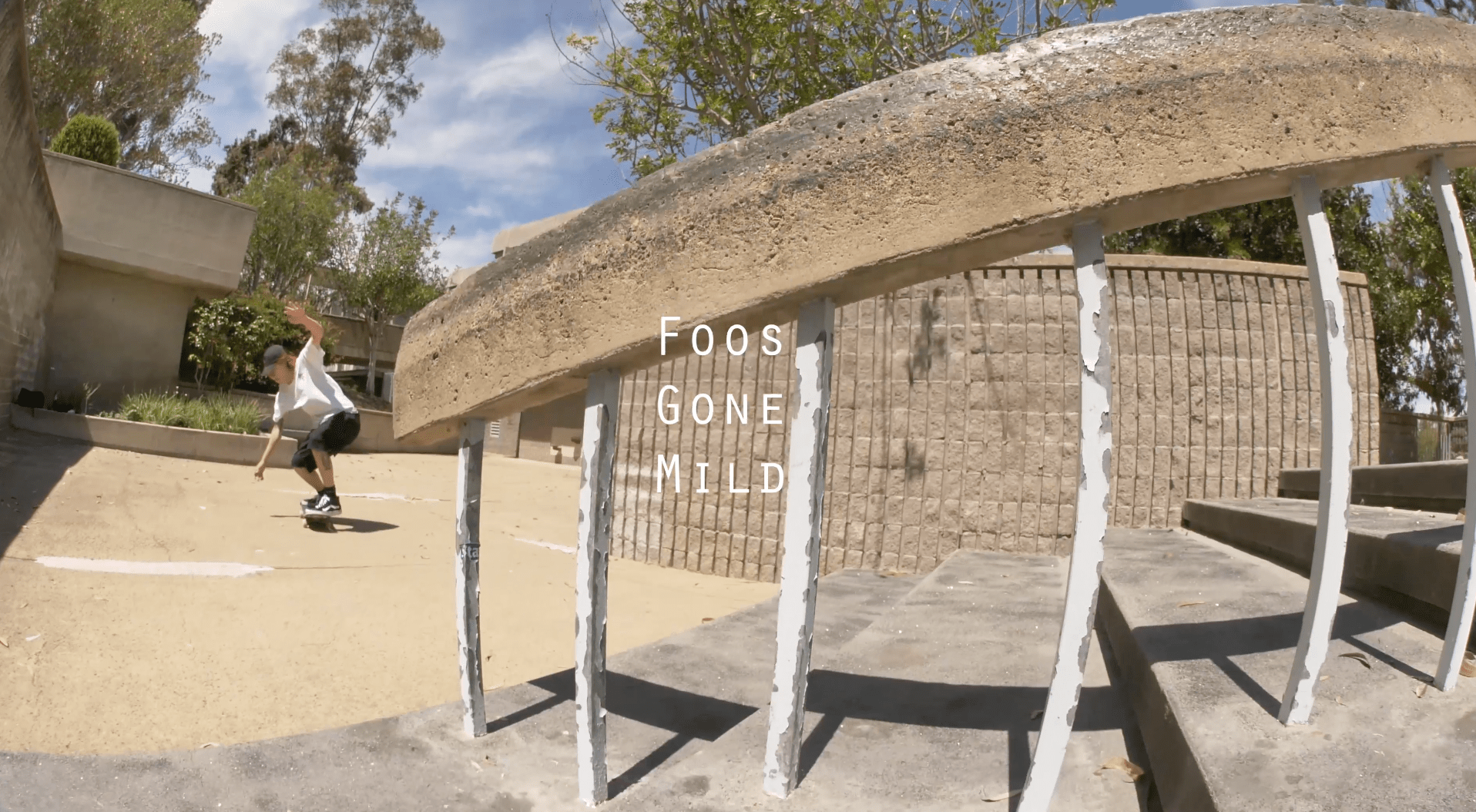 This compilation of clips came together over the course of a few months and was filmed in between full-length video releases, video parts, and other side projects. For these specific montages, I’m going to keep it consistent in showcasing the friends I skate with whose names you may or may not know yet. Regardless, I’m hyped to get these short segments out just because it will almost always be a crew of people you wouldn’t normally see in a single video.

From Santa Ana to Brazil and to the homies in Portugal, the one consistent thing in these segments will be that it’ll have my friends from all over the just skating and having a good time.

The name Foos Gone Mild fits because in between filming for video parts, team montages, etc., this footage gets accumulated at the same time. People are so damn good these days that what even is “warming up?”
All in all, it’s just a bunch of homies taking it easy and just doing what they do best. Nate Greenwood actually came up with the name when we were bouncing ideas off each other though.