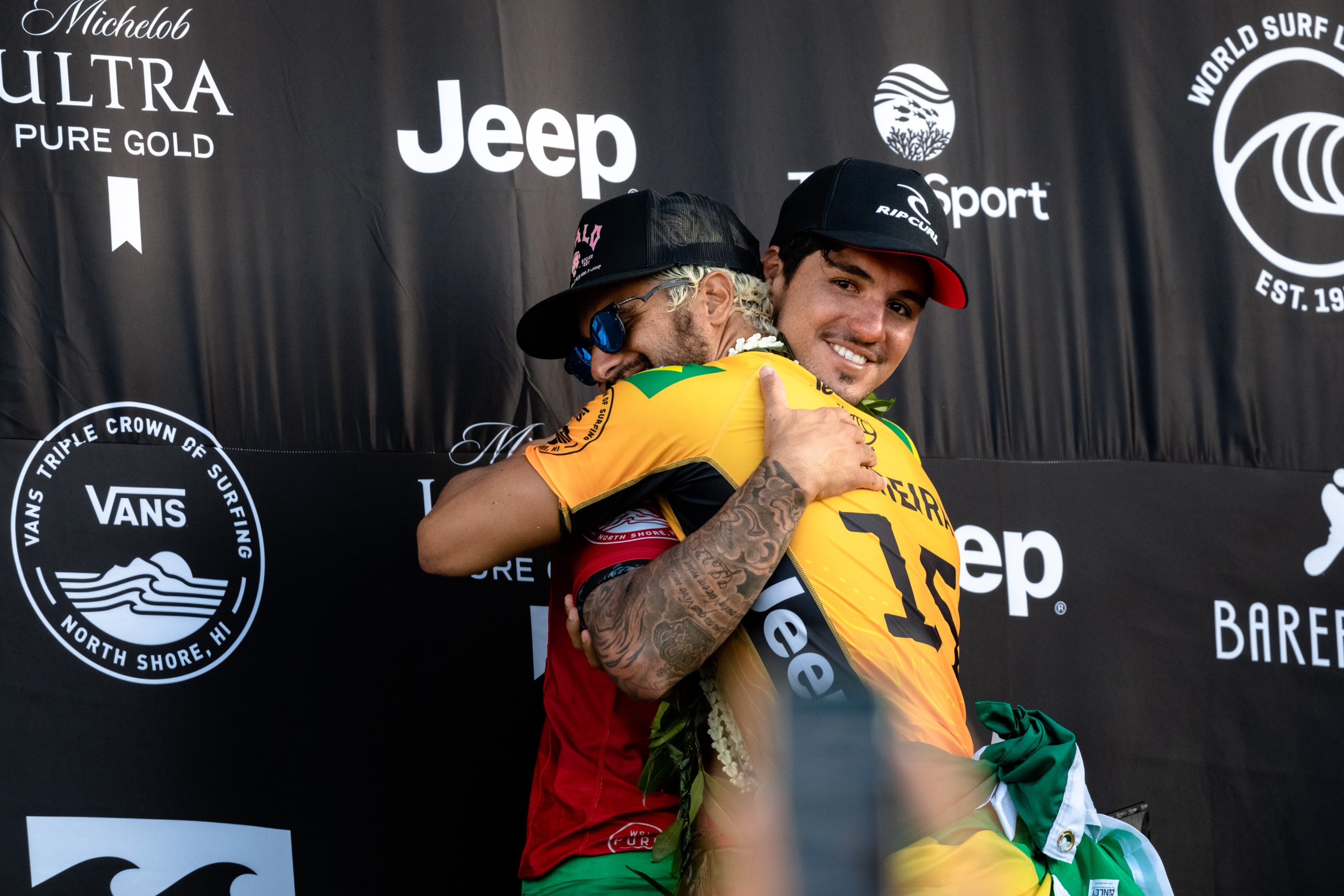 In these most uncertain times, the WSL has provided certainty. Detail-free certainty. “We don’t have all the answers right now,” offered CEO Erik Logan in his announcement yesterday about the WSL’s proposed changes to the Tour in 2021 and beyond, “but we know where we’re headed.” The WSL announcement, in true WSL-style, said everything and nothing at the same time. E-Lo finished by announcing a further announcement at a later date.

There were certain uncertainties.

The surf-off idea isn’t new and comes from above.

League owner Dirk Ziff has long pushed the idea of a surf-off to decide the world title. He literally can’t fathom the idea of his tour being decided by maths instead of mano-o-mano in the water. You could imagine the scene in Ziff’s office when, in 2017, John Florence won the world title while sitting in the Johnson’s backyard at Pipe, the gate locked to the WSL’s cameras and the world title moment missed. The best they could do was shoot the celebrations from a drone a hundred feet above. The furniture in Ziff’s office would have flown.

For now, sports leagues around the world are talking about the opportunity for structural change under corona cover. For many of them the coronavirus will be an opportunity to go out of business. For the WSL however, there’s a genuine chance for them to put in place some long-overdue change. While the WSL’s books remain a mystery to everyone but them, their cost base is centered largely around running tour events – the broadcast, travel, contractors, prize money – so if the events don’t run these costs disappear. They’re not as exposed as other sports in the short term financially, but have long term issues with presenting surfing as a sport people will actually watch.

When they took over from the ASP in 2013, the feeling was the WSL would walk in the door, throw the whole thing out on the street and start again. The tour schedule and formats they’d inherited were bloated and often unwatchable for a broadcast audience.

Finally, four years later, news leaked they were planning to both shorten the season and create a surf-off finish for the world title, on a boat trip in the Mentawai Islands. Great idea… the only problem was that it required moving the Pipe Masters to the start of the season, and they apparently forgot to file the paperwork for the permit. The whole thing fell over, but the idea has clearly not gone away.

The surf-off announcement marks yet another pivot for the WSL. It was a sport, then a wavepool business, then a content hub… now it seems like it’s back to being a sport again. The organization has suffered an ongoing identity crisis as it’s shifted from one business model to the next, each of them in turn failing to capture the imagination of the surfing public. E-Lo’s content hub was maybe the least successful of them all. A return to sport couldn’t come soon enough.

The WSL used the draw of year’s title showdown between Medina and Ferreira as proof that surf-offs could potentially be more exciting for fans.

How the WSL’s 2021 surf-off will work is anyone’s guess. More details to follow etc. However it fundamentally shifts how pro surfing has been run ever since Ian Cairns and Peter Townend grabbed a copy of the Formula One ratings in 1975, figured it would be a good idea for surfing, and finished one and two the following year. Before that point, the world title was decided by a one-off world contest or a big Hawaiian event. It’s been ratings and first past the post ever since, a system fairer to the surfers. The best guy or girl over the course of the whole year wins. But what’s fair doesn’t always make for great entertainment, say… sleep-inducing non-elimination rounds for instance. It feels like the tour has been run by the surfers for a long time. The WSL’s announcements flag a shift in the power dynamic.

In his video, E-Lo was bullish about their chances of running events this year, but stepping back and looking at what’s happening out there right now, good luck. All the events, even those officially postponed are still in play, but find me one – with the exception of Pipe – that might actually run. The curves might be flattening in most of the countries scheduled to host an event this year, but to run a global tour you need open borders. They seem a long way off. E-Lo hinted at the possibility of postponed events like Bells being run later this year. Two problems there. First, Bells in spring is diabolically bad. Secondly, Australia has almost wiped the virus out entirely, and considering most of the Australian cases came from overseas – not from community transmission – the borders here won’t open in a hurry.

What makes it worse for the WSL is that domestic sports leagues around the world are already gearing up to go while the WSL are stuck in Santa Monica scheduling re-runs of “Get Sent”. The best they can hope for is to scrap together a handful of events later this year that won’t amount to much in terms of validating a world title or generating any kind of fan buzz.

Or… they could swing for fences and give their surf-off idea a dry run. A one-off world title shootout in Hawaii. Get on the phone to City Hall in Honolulu and ask what it’d take to get a month-long floating permit for the entire North Shore. Normally, they’d be laughed out the door, but these aren’t normal times. Run into January if you needed to. Surf different breaks. Change up formats. Lay the drama on thick. There’s already precedent; the Billabong Pro events in the ‘80s did all of this and were considered a high watermark for pro surfing. And as for the asterisk question – a world title won in a single event – who cares? Surfing world titles have been won with less. The world title is the one card they’ve got that has real value. They need to play it.

The Wozzle – and the sport they run – need to move. They need to do something. Take a chance. The surf-off idea might just work, but is currently 18 months away. They need something sooner than that. “Don’t waste a crisis” is a phrase that’s been flogged while we’ve all been under house arrest and everyone sits there for weeks pondering their next move.

This really might be the crisis the WSL needed.