South African Surfers Are Feeding Those Hardest Hit by COVID-19 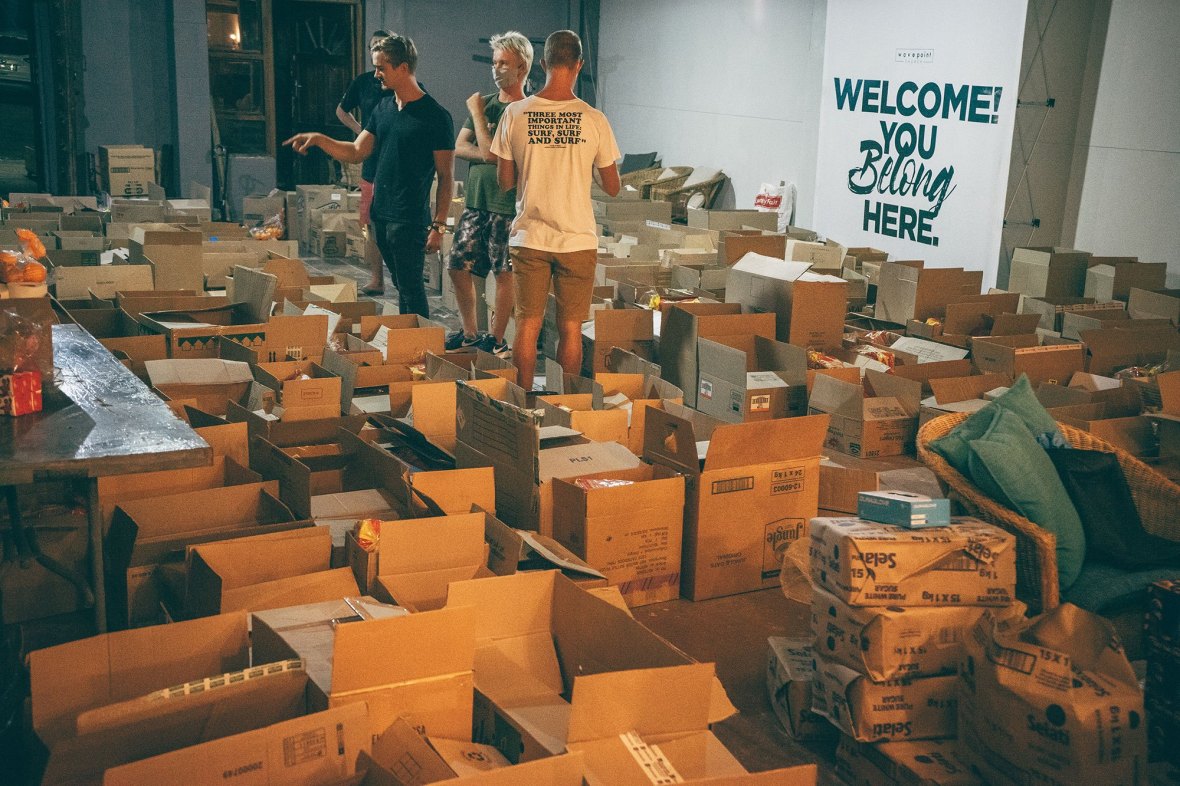 Just as South Africa went into a hard lockdown that shuttered businesses and restricted all movement in April, a flurry of early-season swell lit up the iconic righthander at Jeffreys Bay and didn’t let up. The South African government was lauded for its initial response to flatten the curve – a strategy to try and slow the spread of the coronavirus – but two weeks in, a far more devastating problem than watching empty peelers became evident. Just two miles east of Supertubes, beyond the lavish guesthouses and rows of surf shops, people were starving in the townships of Pelsrus and Tokyo Sexwale.

“Guys were coming up to me and telling me they hadn’t eaten anything in days,” says Rhynhardt “Chokka” Trahms, a 23-year-old local surfer who had volunteered to assist in routine police patrols around J-Bay to keep movement down to a minimum and help people stay safe. “A lot of people who live in these poorer parts of J-Bay earn a weekly wage and the money was now finished. They had no food; they couldn’t work or move around. Some families were eating only every second or third day in order to survive. The reality of (the situation) was pretty grim.”

South Africa has one of the highest levels of inequality in the world, with millions of people living hand to mouth. Even before the COVID-19 pandemic bought the economy to a grinding halt, the country’s national statistics service estimated that 56 percent of the population lives in poverty, or on less than $100 a month.

Trahms sent a message to his WhatsApp group of close friends, all J-Bay locals, and their focus immediately shifted from the waves they were missing to figuring out what they could do to help.

By the following morning, they had launched a crowdfunding page “Let’s feed J-Bay”. By the end of the week, they coordinated their first food drop. Less than one month later, the campaign has fed over 10,000 people, provided more than 280,000 meals and has become the main source of food relief amongst impoverished communities in Jeffreys Bay.

“It’s illegal to just hand out food parcels, so we always coordinate with the municipality first and designate an area to do a food drop,” says Dylan Lightfoot, former J-Bay Open wildcard and one of the campaign organizers.

First, the food is delivered to a nearby church where the team does all the sorting and packaging with a group of volunteers. Then it gets distributed to areas they’ve identified as most in need.

The food drops have become a well-coordinated procedure that is executed with military-like precision. The team drives in a small convoy supported by the private security firm Trahms works for, delivering food parcels to each home left and right of the vehicle simultaneously.

“It’s done swiftly and there’s no real stopping. It’s a quick procedure,” says Lightfoot. “We’ve got to the stage where we can do about a thousand-odd parcels in a few hours. Each food parcel lasts a family about two weeks.” The biggest challenge, says Lightfoot, is putting together the actual parcels.

“We basically lay all the contents out in big piles scattered around the church and from there we have people allocating specific contents into boxes or bags to make up a combined parcel,” he says. “We’ve had a lot of food donations from farmers in the area, which has been amazing, but it’s often organized chaos. We received a donation of 28 tons of potatoes the other day and had to ration them out from 25-kilogram bags into smaller parcels. We ended up sorting through more than a thousand potato bags.”

So far the campaign has raised close on half a million rand — approximately $30,000 — which goes directly to purchasing food from a wholesale supplier. To put this in perspective, a $15 parcel can feed a family of four for up to two weeks.

There has been widespread support from the public, but it’s the surfing community that has really rallied behind the cause.

“Many of the people who have been hardest hit are employed in the guesthouses, the restaurants, and the surf businesses that drive the J-Bay economy,” says Lightfoot “It’s been amazing to see how surfers from around the world are giving back in this time of need. “We’ve had a lot of support from the pros, too. Mick Fanning has shared the campaign on his social media, Jordy’s constantly sharing it, Felipe made a huge donation…” 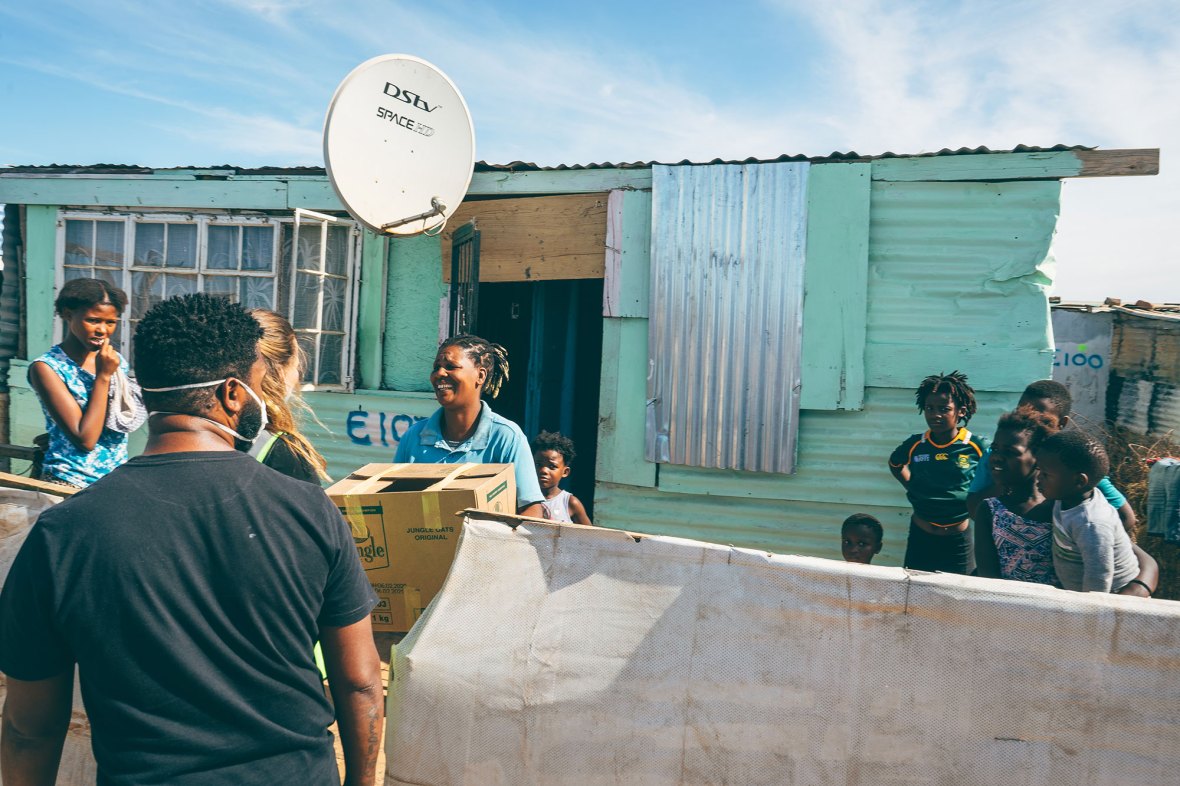 Although some of the country’s regulations have eased slightly, the lockdown has been extended indefinitely and millions of South Africans — especially the most vulnerable — are still unable to work. Experts warn that food security is one of the greatest threats facing the country in the months ahead.

“Our aim is to try do a food drop every week until lockdown is over, if we can keep the money coming in,” says Lightfoot. “We couldn’t do it this past week because the donations had slowed up a bit, but we’re hoping to be able to do another drop by the end of this week. People are still hungry and the need is great.”

Elsewhere in South Africa, other surfer-activists are using their existing organizations to provide entire feeding schemes that have become a last line of defense in ensuring their communities don’t go hungry.

“Our organization has been around for seven years and we are entrenched in the Strandfontein informal communities,” says Nigel Savel, who founded the 9Miles Project with his wife, Sher’Neil, in 2013. 9Miles is one of the beaches that buffers the Cape Flats, the most densely populated area of Cape Town, and is notorious for its rampant levels of poverty, drugs and crime.

A lifelong surfer who grew up in the area, Savel founded the organization to provide structured afterschool programs and positive mentorship for vulnerable youth from the informal settlements (shack dwellings) that straddle much of the coast. With an endless stretch of ocean nearby, surfing was the perfect intervention tool.

“Our core program for at-risk children and youth usually operates six days a week. As part of the program, we try to feed them a healthy and hearty meal,” says Savel. “For some, it’s often their only meal of the day.”

When the lockdown suspended all youth programs and unemployment skyrocketed, Savel and his organization decided to expand their food program to the entire community, seven days a week.

“We already had a food manager and cook and ties to community members and partners, so we just ramped up our efforts to ensure that the children in our programs – and the entire community – never go to bed on an empty stomach during this challenging time.”

The 9Miles Project currently serves breakfast to over 500 people daily, and dinner to over 1000 people in the community. Meals are cooked in six massive 80-litre pots and strict hygiene protocol is observed. It costs R5 – approximately a quarter dollar – to feed one person two meals a day. They have also distributed masks, hand sanitizers, sanitary pads and diapers in partnership with other community organizations.

According to Savel, there has been a surge of community action groups, non-profits, and individuals who are playing a crucial role in feeding the most vulnerable across South Africa.

“The need is still so great though and many people are funding soup kitchens out of their own pockets — with or without the necessary permits — in order to keep their communities stabilized,” he says.

The program has been well supported by local business and the public so far, but the greatest challenge going forward will be sustaining funding as the lockdown continues indefinitely.

“On a personal level, it’s been hard seeing the children in our program and not being able to hang out with them, hug them or go surfing with them,” says Savel. “It’s encouraging though to see that their indomitable spirits are firmly intact. They are the reason we keep going.” 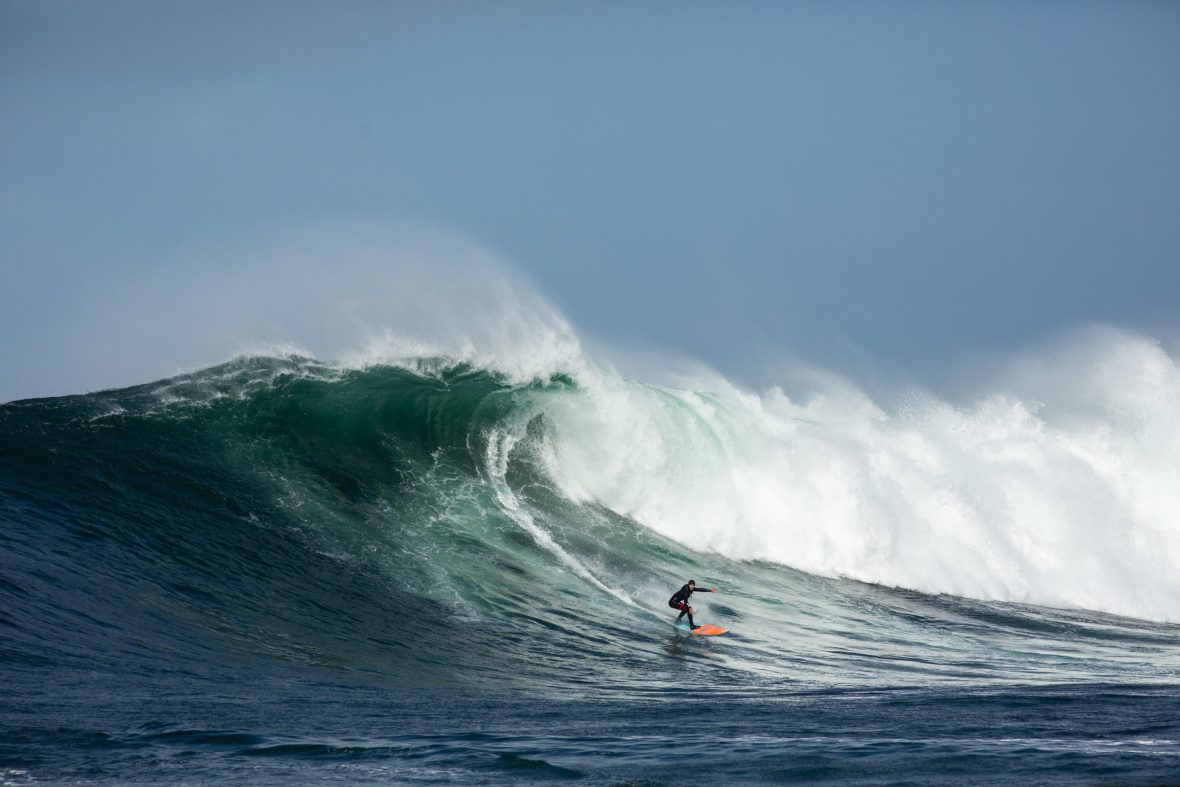 Big wave aficionado, Frank Solomon, is another South African surfer stepping up during the coronavirus crisis. Using the Sentinel Ocean Alliance, an organization he founded to uplift youth from disadvantaged communities in his hometown of Hout Bay, he has been raising food and money to support local feeding schemes. The donations are currently feeding over 150 people a week.

Twenty Days in Indo Will Get You Tons of Perfect Waves

Twenty Days in Indo Will Get You Tons of Perfect Waves