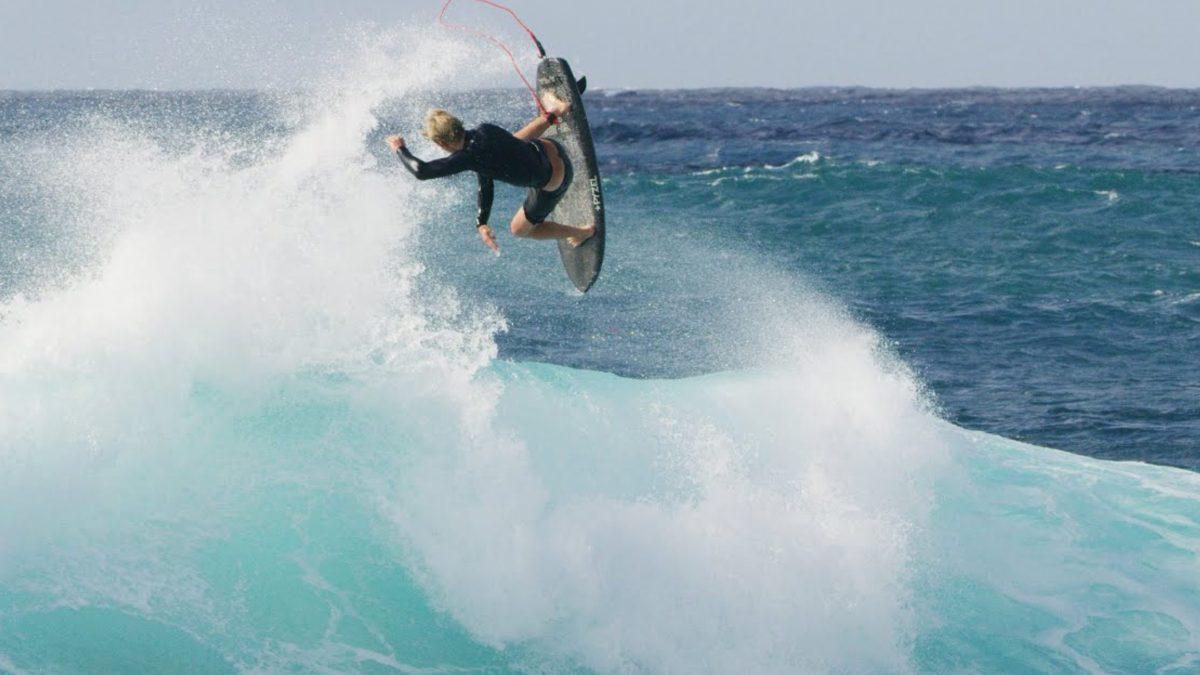 “This is my asymmetrical single-fin foil board,” says John John Florence in the edit above, while holding a black, stubby, rockerless craft that looks as if it’s about 4 inches thick. He holds the board up to the camera, for us viewers to inspect, and then takes the unusual piece of equipment out for a quick open-ocean flying sesh, to do exactly whatever the hell one does on a hydrofoil.

After returning to his house, Florence removes the guillotine-like foil from the board, adds two single fins in its place and decides to give the strange board a go in some fairly average yet fun-looking waves. Despite the fact that the board was meant to be ridden above the wave face instead of on it, Florence still manages to surf the stubby asymm seamlessly, putting on an entertaining performance in the process. But this shouldn’t be too surprising — the 2x World Champ could paddle out on a sealed-up piece of plywood and still string together a stylish highlight reel.

Click play to watch Florence experiment with what’s under his feet, and if you’ve got time to kill (which you most likely do during these strange times), rewatch his transoceanic sailing adventure here.