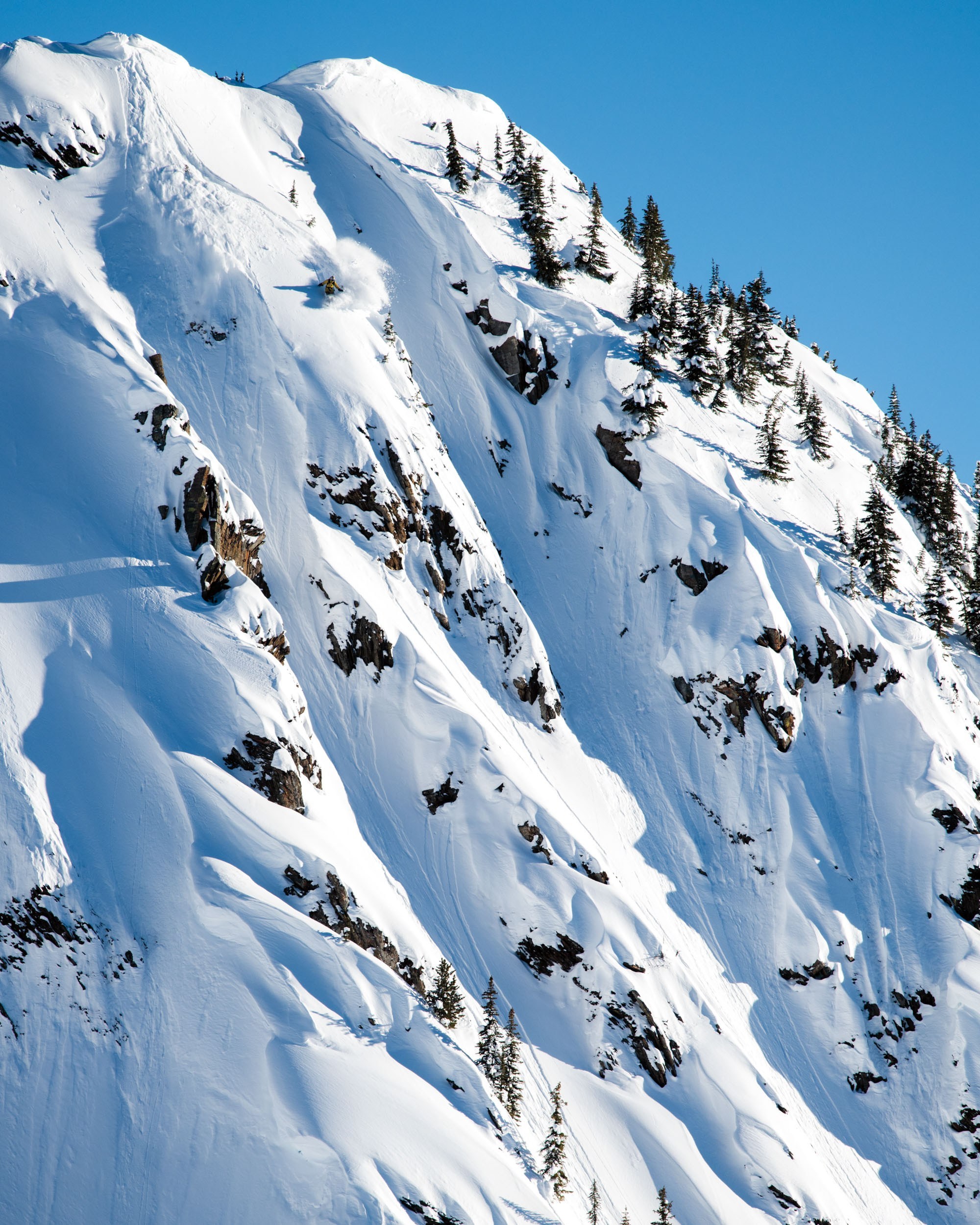 Once on the shore of Kootaney Lake in Nelson, British Columbia, mountains surround you. There is a great little resort up the road, Whitewater, and multiple catboarding operations that use the town as a staging area, most notably Retallack and Baldface.

Go a little farther up the lake and you end up in the village of Kaslo, a small notch in the shore, the Purcell Mountains to the east and the Sellkirks to the west. A butcher shop and a Mexican restaurant stand out against the few other businesses and eateries in the couple blocks that make up the downtown, with the Stellar Heli office sitting in the middle of the very walkable strip.

Blair is a bit more known for this than his writing.

Austen Sweetin, Robin Van Gyn, and Travis Rice are out flying when I arrive at the Sentinel Lodge, a few kilometers outside Kaslo. I make myself comfortable with the coffee table book selection. Literature by and about psychonauts like Terrance McKenna and Timothy Leary command the space, surrounded by titles to help one identify editable plants, learn the benefits of meditation, and find parts of themselves they may not have imagined needed finding. Kaslo, Nelson, and the surrounding valleys were hotbeds for draft dodgers during the Vietnam war and counterculture-seekers alike, looking to smoke BC bud, make art, and do other hippy shit in the woods. And those people grew up. The Sentinel is the fully realized trip of owners Gillian and Richard. Kaslo is their Shangri-La and they have packaged it on the lake with cedar sauna and hot tub, rooms with views, exceptional culinary offerings, and a maloca-inspired, timber-framed roundhouse for whatever you see fit. Malocas were traditionally used by indigenous people of the Amazon for communal purposes. While we were out flying one afternoon, there was a midday dance party of about thirty locals who twirled and leapt and in general, let hair fly. Malocas were also used for ayahuasca ceremonies by the Amazonians, and although not advertised on the Sentinel website, after talking with Gillian and Richard, it seemed that if you would like to take part in such a ceremony, it could be added to the package.