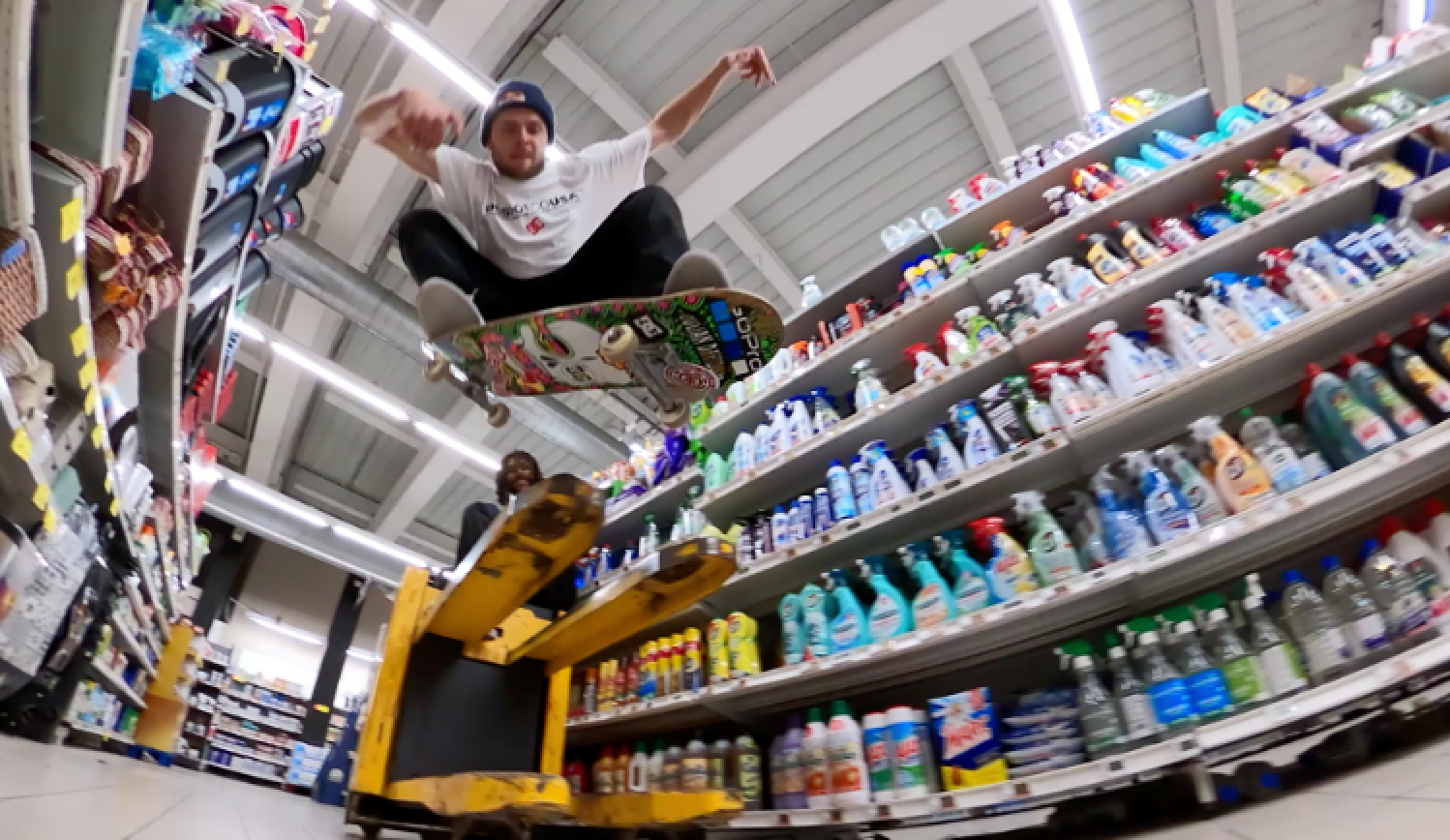 Captured at a closed location in January.

How did you come up with the idea to film skating in a supermarket?
Wandering around supermarkets I thought it would be sick to have the freedom to be in one without limitations. As a kid I wanted to destroy the perfect order of all the products that were evenly arranged on the shelves. Running through the shop with my hands reached out or jumping into the vegetable stand and have things flying around everywhere, that was the dream.

What GoPro and wide angle setting were the skate clips filmed on?
We used the GoPro Max camera on Hero Mode.

How long did you film for?
A couple of evenings, I think it was three evenings—the shop had to be in full service the next day and on day four we just went to the supermarket owner’s house to celebrate with a good old barbecue.

What country and city let you film in their supermarket?
It was a small town close to Avignon, France. My good friend/producer of this video Gaston, knows the owner very well as they ride their motorbikes together.

Which one of the other skaters would you hire to work in a supermarket with you?
I would hire Adilson as he is always busting some freestyles when not skateboarding.

If you have to slam into food, what’s the safest most comfortable food to land in?
I would say watermelons would be safe, unless your Josef Skott as he hates watermelons.

What’s the secret to a good rolling handstand?
Training every day. I mean doing a handstand on a skateboard every day as a warmup!