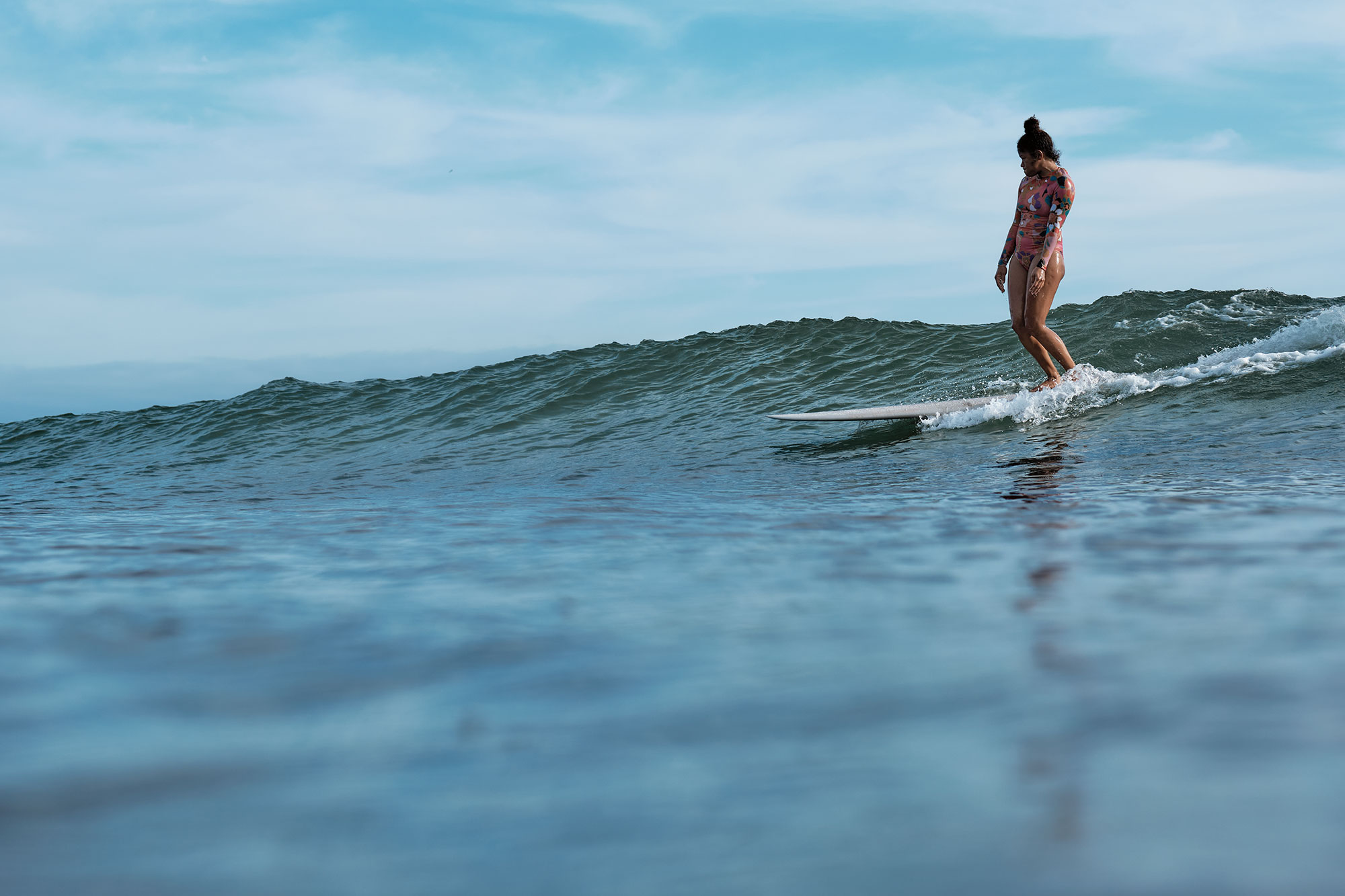 “There are a couple of iconic African American female surfers that we look to for inspiration,” adds Woody. “Sharon Schaffer, Andrea Kabwasa and Mary Mills are some of the first documented black female surfers in the U.S., and I think if I had seen images of these women when I was 12, I would have gravitated toward surfing earlier and not been deterred.”

Textured Waves broadcasts their message of inclusivity not just through social media, but also through blog posts about everything from celebrating unsung black shredders to curly-hair-care techniques. What excites the group most, however, is exploring creative new ways to approach the conversation of diversity in surfing. It’s a conversation that recently resulted in a short film called “Sea Us Now”, made in collaboration with the women’s swimwear brand The Seea, which aims to challenge our ideas about “idyllic” beach scenes from bygone eras by showing us what wasn’t there—namely, people of color. 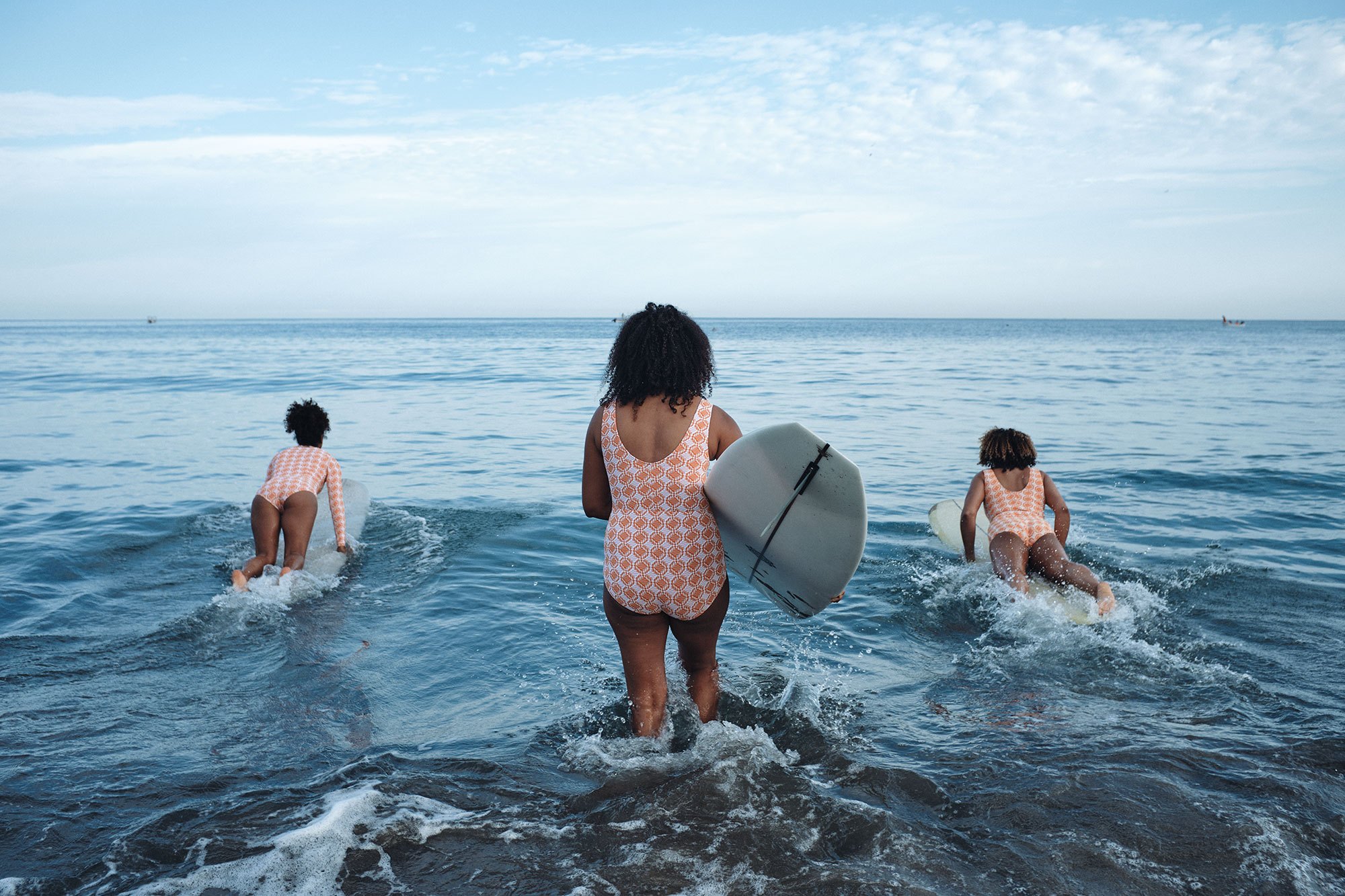 “The storyline was born from living here in Santa Cruz,” says Woody of the project, which both stars and is directed by women of color. “Santa Cruz is one of the first places on the mainland where surfing arrived, and we just don’t see ourselves in that history. This project is not only about re-imagining what things might have been like had we been able to partake in that beach culture, but also about how, despite history, we can forge ahead and create pathways for what we want to see now and in the future.”

While in production for “Sea Us Now” (which you can now watch above), the Textured Waves crew rocked up to a California beach break in 1960s station wagon, pulled their single-fin logs out of the back and paddled out in matching vintage-inspired suits. The only thing missing from this alternate-reality, retro surf scene was the vacant lineup—the place was packed. But then again, when you’re making a film called “Sea Us Now”, having an audience is probably a good thing.