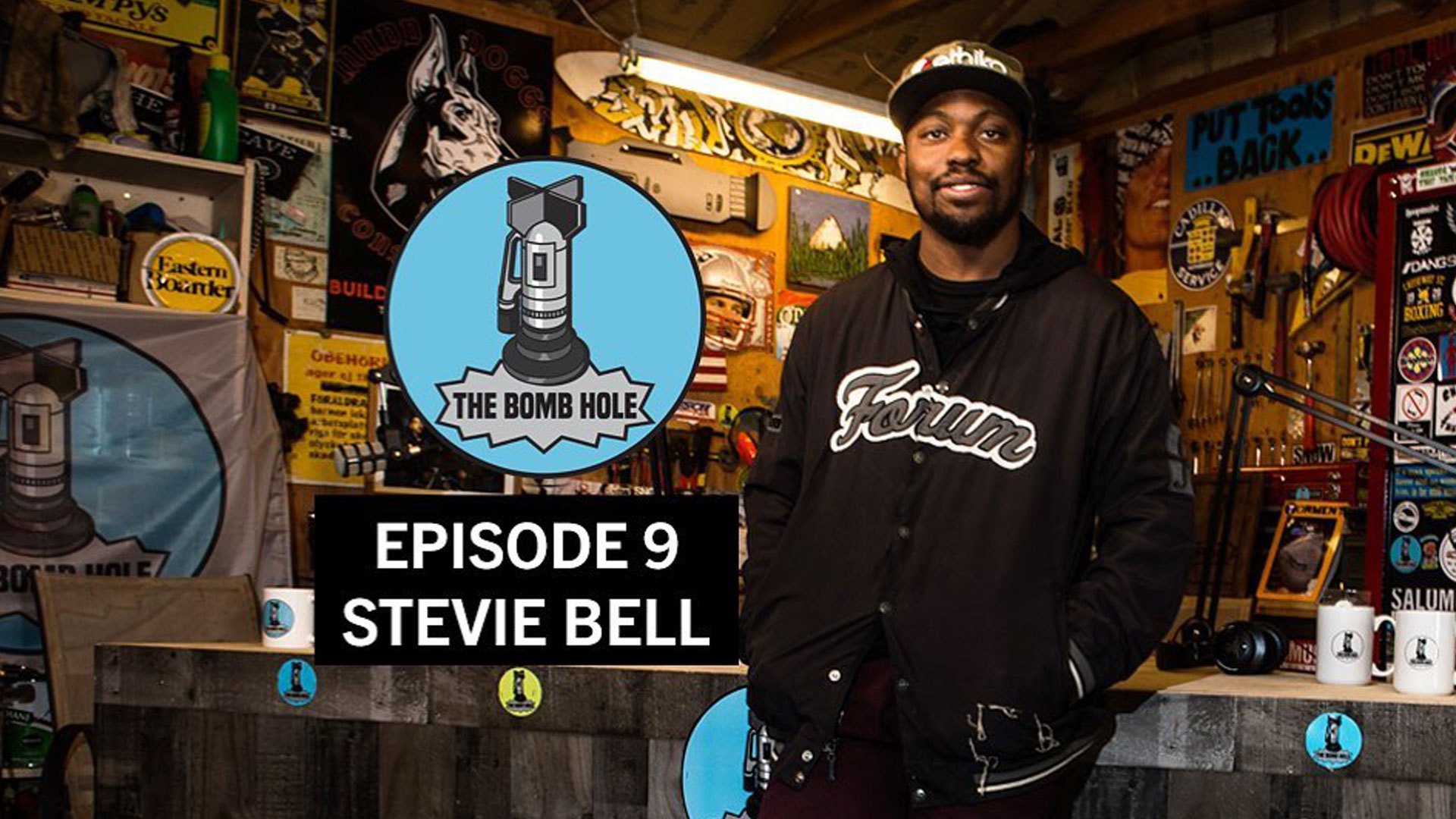 Not long after his breakout part in Technine’s One Love, Stevie Bell received the call from Forum and was fast-tracked onto one of the top teams in the game, filming alongside an absolutely legendary crew, logging unforgettable parts of his own and catching the tail end of the lauded Forum heyday—and the world tours and big-league budgets that came in tow. Have no doubt, he’s got all the stories to match. Kick the feet up and loosen the belt, this one will have you in stitches.

A $50,000 hotel bill in Sweden, traveling the world for video premieres with one of the most iconic teams in snowboarding. Life as a Forum Snowboard’s team rider seen through the eyes of one of the most prolific Black snowboarders our sport has ever seen. Stevie Bell sits down with the Bomb Hole and tell’s us what his life was like at the height of his career as well as gives us his view on current events and what it’s like to be a father.