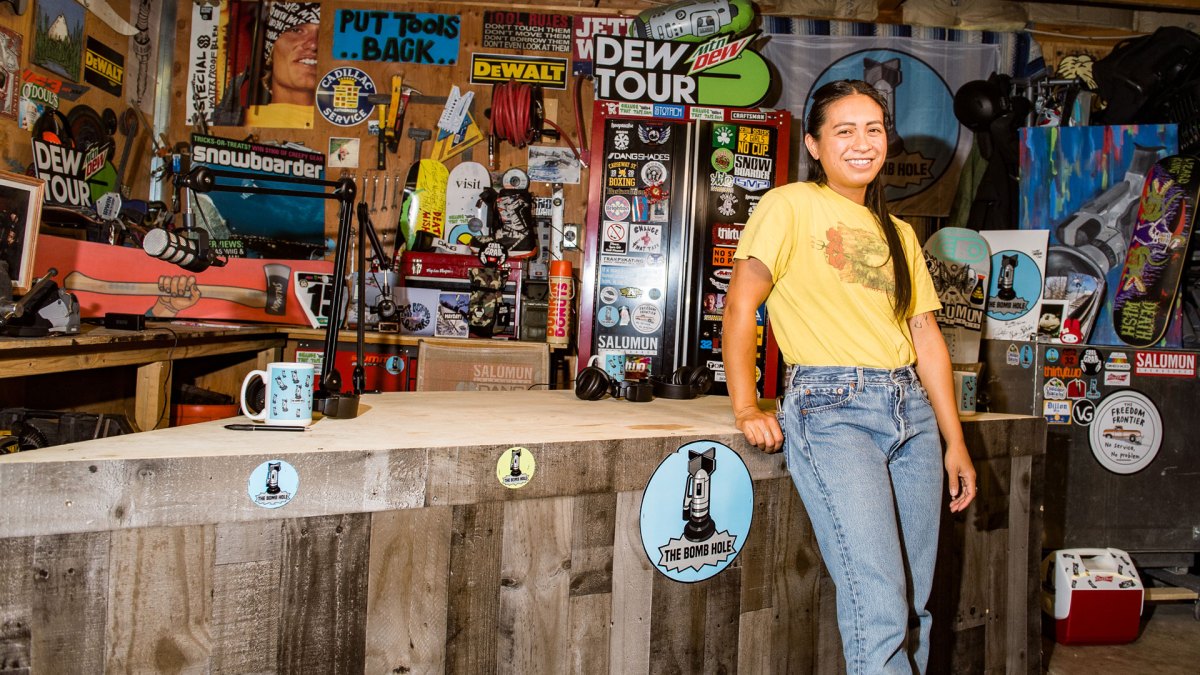 From The Bomb Hole desk:
Inclusion on the slopes, Soy Sauce Nation, the current state of women’s snowboarding, an anticipated video part for 2020 and even some talk about Aliens! This week we sit down with Nirvana Ortanez and talk about her journey from riding the slopes of California’s Mountain High to shredding with some of snowboardings most progressive riders in Snowboarder Mag’s upcoming movie release “Tangle”. Nirvana gives us a fresh look on snowboarding from an Asian women’s perspective. She is down to earth and one of the nicest personality’s in the snowboard community and is also this week’s guest on The Bomb Hole!