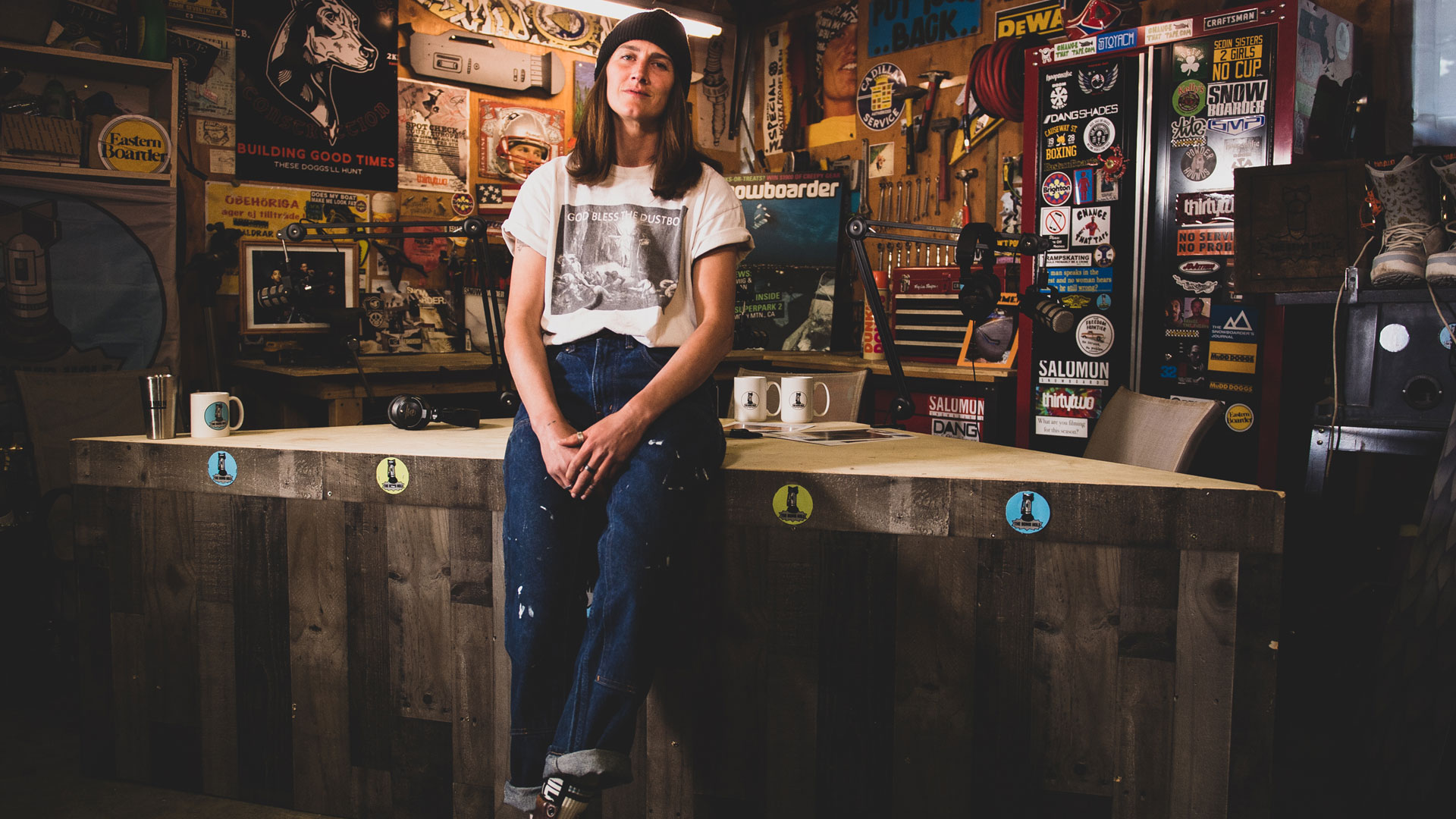 You could make a strong argument that there is not enough straight talk in snowboarding, at least publicly. If this is where you find yourself, this chat with Desiree Melancon will be refresh ya like a trip back to December 2019. In this latest episode of The Bomb Hole, one of snowboarding’s most outspoken personalities dishes on everything from the female athlete paradox to the precariousness of mental health and much more.

From the desk of The Bomb Hole:

Laughter, female perspective, suicide awareness, magazine covers, life struggles, Rider of the Year award and much more! Desiree talks about it all.

Desiree is one of the most prolific females in the sport of snowboarding. Her work over the years has without a doubt helped paved the path for females coming up in snowboarding today. Not only does she snowboard at the top level but she is out producing video projects, shooting photos, making amazing art and designing her pro model gear. There is nothing she is scared to take on and she will always rise to the occasion to push her limits and the sport of snowboarding for women and in general.

We have an amazing conversation about everything from women’s rights and their position in the world of sports, as well as ideas on how to push forward in today’s world. Desiree is one smart, bad ass women and is not scared to say what is on her mind and we love her for that. We also break into a topic that is not touched on enough and that is mental health and suicide awareness. The more we talk about it the more we can all help each other in this crazy world we live in.

Sit back and get ready for another episode of The Bomb Hole where we have a refreshing conversation where BudDiesel get the female perspective from a woman who has so much passion for the sport and the snowboarding community. Get ready for some serious ups and downs as this episode is an emotional roller coaster!