TWS 10: Deadhippie’s Tips For Skating In Your 40s 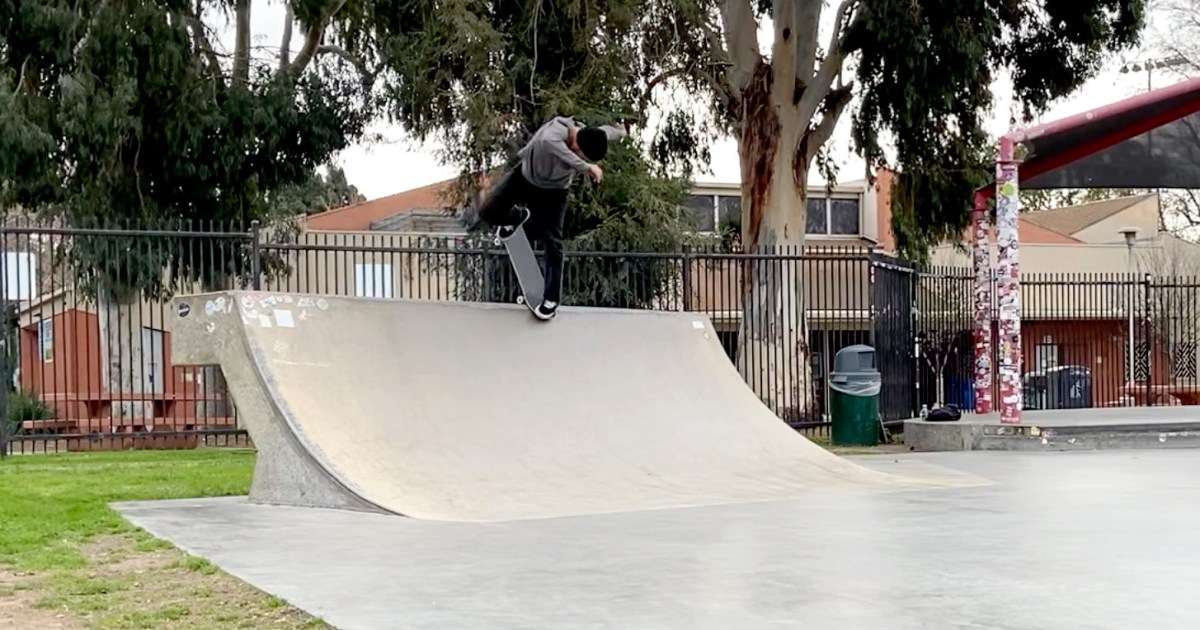 Right about when lockdown went into effect here in LA, I started skating more than I have ever skated in my life. It wasn’t so much a plan, but more just out of boredom and mental welfare necessity after being isolated in an apartment with two kids home from school for a year. I turned 44 last December, but am somehow now skating more, learning more new tricks, and breaking down more longstanding mental/physical roadblocks than ever before. Of course, no matter what your skill level—the more you skate, the more you learn. The more you learn, the more fun it gets. And, the more fun it gets, the more you want to do it, and onwards into exponential bliss. But how do you start that fire in middle age and keep it burning? How do you inspire and/or confound Boil The Ocean? Here (in no particular order) are 10 tips that helped me.

1) Take nothing for granted.
I should probably start with a disclaimer: This is all temporary—a daily reprieve from our inevitable reckoning. I wish I could say there is some foolproof formula to riding your skateboard in your forties and beyond without injury, pain, or the occasional midlife crisis. However, there is not. Every session is a crapshoot. It can all end at any moment. Many of us are already too physically beaten up at this age to even do it. So every time we do get to roll post-forty is a miracle. Be grateful. Have zero expectations, and do it for those who cannot. There is no guarantee you can do it again tomorrow.

2) Stay local and start from scratch.
As terrible as it was in most respects, lockdown actually forced a number of positive changes for my skating. It forced me to change the patterns I had spent decades hardening. Many of which were actually keeping me from progressing. Instead of driving to spots as I had done in LA for many years, I started skating right outside my apartment and around my neighborhood. Once I started rolling around alone and breaking up my set patterns—I was able to start all the way back at the beginning. Even when I was with my two kids, there wasn’t much to do but take them to empty parking lots and roll around. I immediately felt like skaters had a huge leg up when lockdown hit. We were already accustomed to hanging out in the kind of grey area trespassing zones like schoolyards, commercial spaces, and parking structures that became the gyms and parks for all humanity during COVID. On my one night off from dad life on Thursdays, I started skating the yellow bench at the elementary school across the street from my apartment, starting with basic 50-50s and building from there.

3) Focus on rolling.
Before anything else—skateboarding is about rolling. If you’re not comfortable rolling, you won’t be (or look) comfortable doing any tricks either. Every session now, that’s all I focus on—rolling. Find your line and keep drawing it. The tricks will spring up naturally around you if you tend your garden right. But the tricks are just pretty flowers. They grow from the soil that you are in charge of keeping fertile. Rolling tends that soil.

4) Looooong warm ups.
Obviously, one of the main concerns is physical maintenance. Skateboarding is dangerous. Even when done without slamming—wear-and-tear on knees, ankles, feet, elbows, wrists, shins, and onwards is more or less unavoidable. However, with proper maintenance, much of the damage can be mitigated. Stretching is important but what really matters for me is following a slow progression during the session. Don’t rush anything. After I get rolling, I try not to skip any steps from first scratch grind to first Ollie to first boardslide on the bench. Create a practice you can maintain. Listen to your body. Eat a good meal beforehand, drink plenty of water, and take frequent bathroom breaks.

5) Do it for yourself and don’t be afraid to skate alone.
By far the biggest change to my skate patterns that helped me was skating alone. I had not truly skated alone in the streets since my teen years. I love the social aspect of skateboarding but what truly made me fall in love with it as a kid was the romantic trilogy of just me, my skateboard, and my imagination. In many ways skateboarding is a fantasy inside our heads turned reality. Sometimes we need a little delusion to convince us we can do the impossible. I needed some space from other people to cultivate that creative delusion again.

6) Self-filming helps me.
Again, nothing is better than filming with your friends at times, but to attempt and make tricks I had deemed outright impossibilities for myself (I think the first breakthrough I had was frontside bluntslides on my yellow bench), I noticed it helped me commit and go for it if I set up my tripod and camera. Like skating alone, filming alone helps me get into that zone. Of course, lockdown was the perfect excuse to become your own cameraman. But when it’s really clicking and I’m trying a trick, I can almost go into a subconscious dream state. It’s like having an out of body experience—just watching yourself try this amazing trick over and over until you’re rolling away. It’s the highest high I’ve ever felt. And for whatever reason, it often helps me reach that state by turning on my camera.

7) Be prepared to look ridiculous.
After lockdown softened slightly, I began taking my self-filming shtick to Stoner and Courthouse. As a 44-year-old dad in the throws of male pattern baldness, a graying beard, and baggier pants than somebody my age is supposed to wear, there have certainly been moments of intense self-reflection as I’m struggling to set up my selfie stick. Most of the kids at the park were born long after I started skating (1986). I’m probably older than many of their parents. Meanwhile, most of the people near my age will only be skating the bowl at The Cove on Sunday. Do I look ridiculous? Probably. But at my age, who gives a fuck.

8) Treat yourself to some nice gear.
A few years back I made a decision to start supporting brands I liked financially. Prior to that, I pretty much rode and wore whatever free gear and shoes the industry was gracious enough to offer up to a lowly mag writer. But there is something to be said for buying the exact pants you want. Everything you wear or ride is part of the fantasy. For my fantasy to work I need to be wearing the right gear and riding something I believe in. It’s hard to love skateboarding when you hate your setup or your shoes. Beyond the touchy feely—foot comfort is also critical. The shoes you wear will either mitigate or cause chronic foot pain, while fresh bearings and clean grip can save lives. Choose wisely.

9) There will be blood.
Even if you follow all the best advice, have the best gear, and the best karma on the planet—you will still slam—sometimes, brutally. On occasion, those slams will be bad enough that you might question why you chose to try to ride your wooden toy in middle age in the first place. Because even if you can’t walk, you’re still going to have to pick the kids up from school in an hour. But in the immortal words of one Danny Way, “You gotta pay to play.” Nobody said it was easy.

10) Warning: skateboarding at any age is highly addictive.
And learning new tricks in your forties is the serotonin equivalent of freebasing crack cocaine. Side effects may include flippant happiness, delusions of grandeur, extreme weight loss, an inability to leave the skatepark or schoolyard for hours on end, a state of Zen, and tons of lifelong friends. Please discontinue use if any of the following symptoms appear: boredom (seek out new spots. New spots can be as exciting as new tricks), anger (throwing your board in your forties looks really stupid), or cardiac arrest. Until then, roll until the wheels fall off.