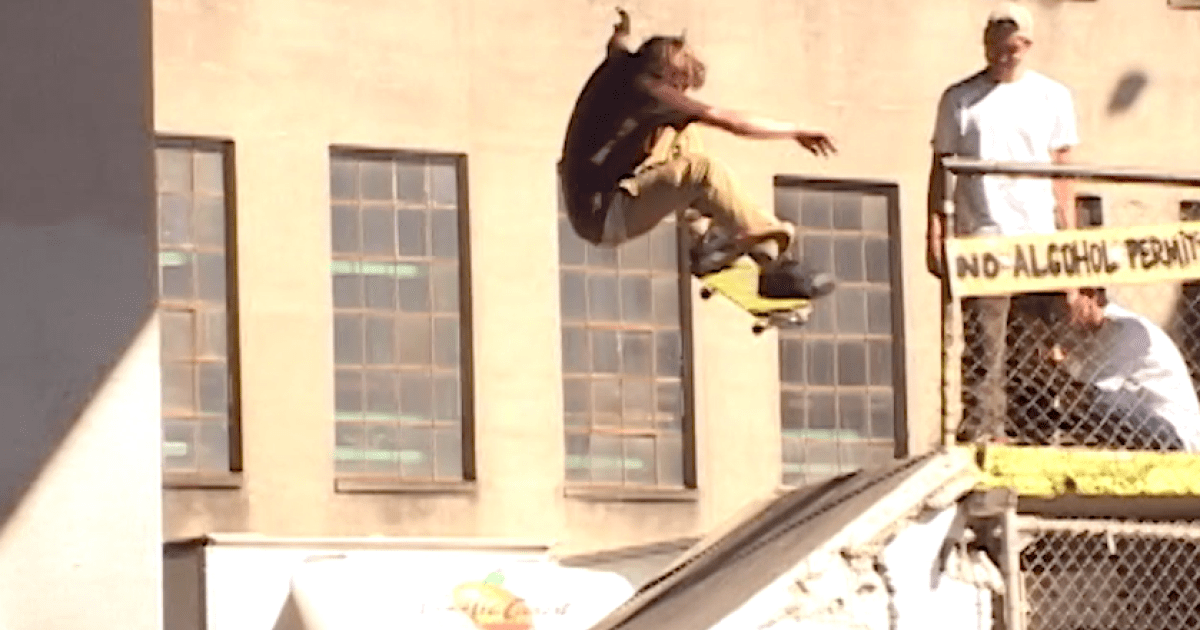 It’s hard to put into words just how fun the Are you alright? trip was. Traveling with some skaters you had on your wall growing up, driving them in a city-sized bus RV, and sleeping the entire time in between the steering wheel and windshield was exactly where I wanted to be at that point in my life.
I’d never met Clint Peterson before, but I liked his skating so I cold called him to see if he wanted to go on this trip. He was down to go. It’s funny how now a days if I was invited on a trip like this I would ask lots of questions, “Where are we sleeping? Who’s driving? How long? who’s going/where are we going?” I don’t think he asked any questions except for “Where do I need to be to get picked up?” Our only intention was skating, and seeing where the road took us.
We partied a lot, we skated a lot, Jon and I knew nothing about RVing—not when to dump the water, where, etc. We definitely had issues with that, and learned the hard way 😉 This type of skate life was how I learned the ropes of navigating the world. There are pros and cons to that, and looking back I still cringe at the way I sound and how I was acting. If I could change anything it would be my maturity (if I had a magic wand that’s what it would change). Be prepared for some funny episodes to come.