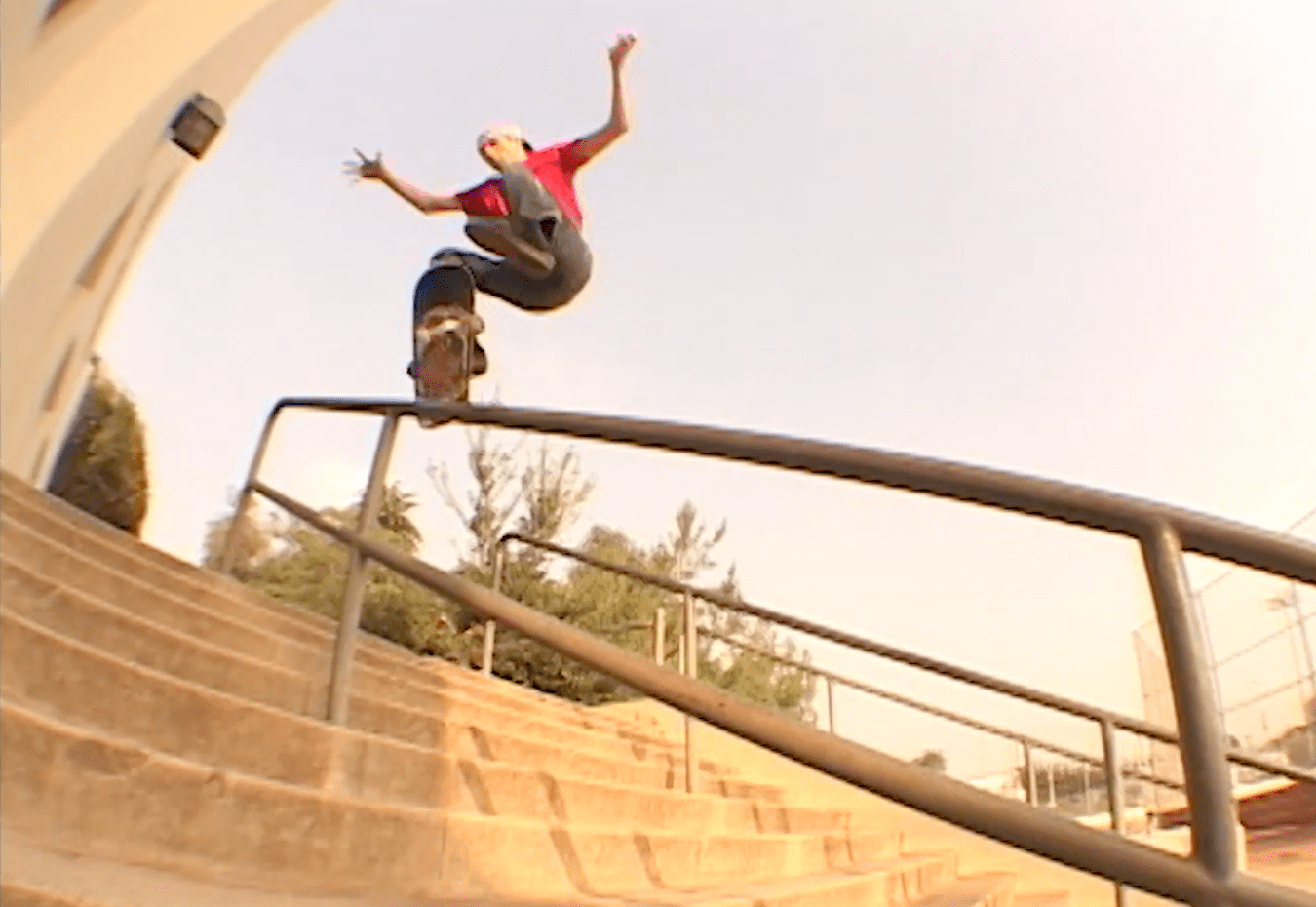 Even when I watch these tapes, it’s hard to put myself at these spots filming the skaters. So far every episode has been my first few weeks at Transworld, I got hired and immediately started working on Free Your Mind. I think Leo Romero will be in a lot of these episodes because I had just come off working for Foundation so those guys were who I was filming for a year or so. Daniel Shimizu was and is still my best friend, we lived together so I would sucker him into coming along skating with me all the time. He will probably be in a lot of these episodes.

The John Allie session, I’m not certain, but I think this was the first time I met him and Oliver Barton. I’m pretty sure Ollie invited me to this session—I was definitely nervous, I had never filmed a trick like this before. John did the kickflip frontside board so easy, like he had skating down to a science.

The warehouse session I vaguely remember, I think the 508 guys told me about this spot, not sure though. Rob Welsh and Joey Pepper were in LA to film with me for FYM. Those days I went anywhere and everywhere, I didn’t care how far any spot was, all I cared about was getting the skaters to a spot they could get clips. Rob G. did the same trick as Joey Pepper because the 508 guys showed up later.

The filming in this makes me cringe. This episode and the last episode’s pool session were my first times filming anyone skate a pool. I didn’t know what the filming etiquette was, what things to show—death box, the light, love seats, etc.

The LA High session was awesome, another one I barley remember. Joey Pepper is so damn good and Rob was always talking shit. Just wait for a few more episodes and you’ll see Rob make that backside noseblunt.—Jason Hernandez