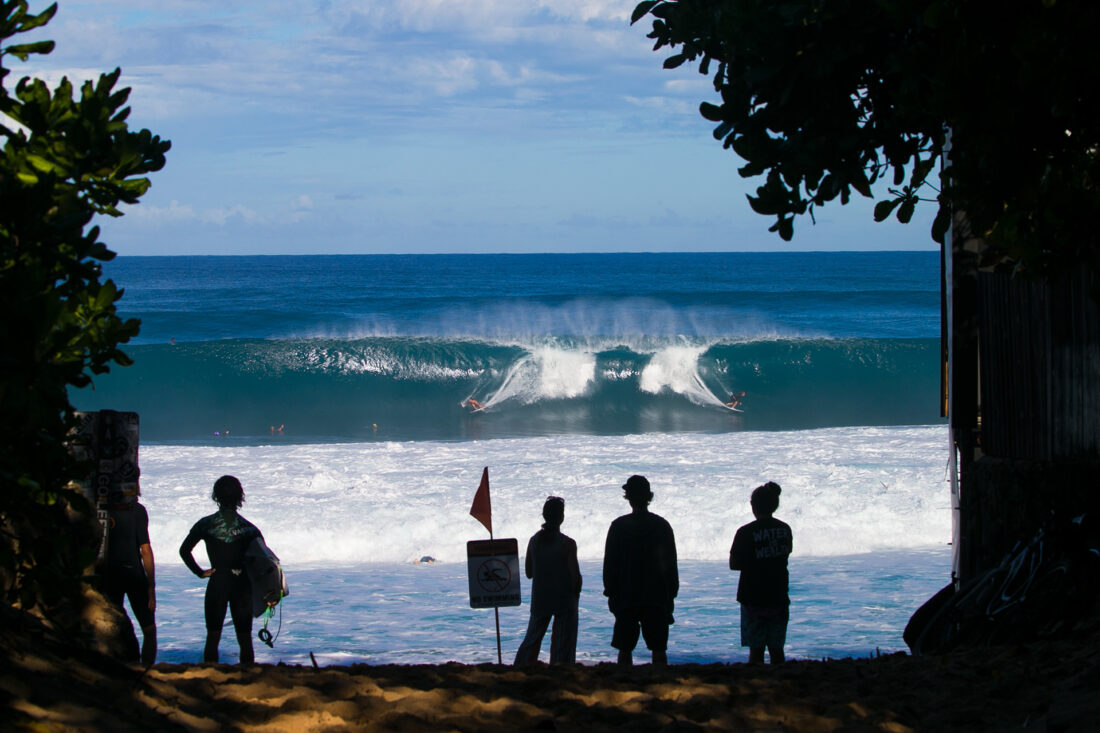 For over 35 years The Vans Triple Crown of Surfing, the definitive three-event series on Oahu’s North Shore, has been the venue of some of the most dramatic and groundbreaking performances in competitive surfing history. Held at the three iconic breaks of the seven-mile miracle, Hale’iwa, Sunset, and Pipeline, the Triple Crown is an unrivaled test of a surfer’s grit and determination as they must perform in three of the most powerful and challenging waves on the planet.

In 2020, Vans took the radical step of introducing a new digital format for the series, this evolution allowed a diverse field of competitors just over a month to accumulate their two best rides at each break, submitting footage of their waves for a WSL Judging Panel review, and awarding both overall champions and winners of each venue. “This was one of my favorite formats to surf in competition. It allowed for so much more freedom, and you’re really going for broke on every single wave,” said John John Florence, who claimed his fourth Vans Triple Crown championship title of his career with this win. “The digital format pushed the level of surfing a lot, and to see all these surfers pushing at that kind of level at Haleiwa, Sunset & Pipe—it was really fun.”

Additionally, the 2020 Digital Vans Triple Crown of Surfing saw a welcome return of female competitors for the first time in a decade. “Being a Hawaiian surfer, especially a female Hawaiian surfer, it’s always been a dream of mine to compete in the Vans Triple Crown,” said Carissa Moore, who earned her first Vans Triple Crown Title during 2020’s digital debut of the event. “It’s a coveted title being a Hawaiian and to showcase your skill on some of the most powerful waves in all of the world, especially in our backyard. I really enjoyed the challenge.”

The Format
One of the wonderful aspects of the Vans Triple Crown, and the digital format, in particular, is having the spotlight shine on the other jewels of the coast. While the traditional format of the event allowed for 10 day waiting periods at each venue, with at least three full days of competition to execute each event. The digital format allows competitors to cherry-pick the best sessions of the four weeks at all three spots. Some of the days, when the waves were firing competitors were putting in sessions at multiple venues in one day. While this loose format raised the bar in both the quality of waves and performance, it provided the seasoned competitors with its own set of unique challenges, namely with stamina. “I was surfing for hours and hours at Hale’iwa, Then I came in, and we’d looked at Sunset, and there was no one out. So, I was like, ‘Ok, I have to go out now.’ recalled John John Florence. “It was, by far, the most tiring event I’ve ever surfed.”

The second challenge, being that this was a video submission-based event, was ensuring that your waves were captured. With the proliferation of personal filmers, flocks of drones, and GoPros aplenty, it’s hard to imagine that a wave goes unrecorded during the North Shore season. However, with the sheer volume of action that went down, beginnings of, or entire rides were missed by personal filmers. There were many evenings spent by athletes desperately trying to track down footage of their waves to get them uploaded by the submission deadline. In a nod to the sense of community shared by all surfers, while this was a contest, everyone was genuinely helpful in sharing footage, even if it was with a competitor.

The Venues
“The Vans Triple Crown is three world-class venues that are all exceptionally high risk. And, whoever is able to risk it for that month, comes out on top. It shows who is ready for the real deal. It takes a lot of commitment to win the Vans Triple Crown. You definitely have to be all in.” – Rainos Hayes, former Vans Triple Crown competitor, and respected surf coach.