Were These Guys the Greatest Surf Adventurers of All Time? 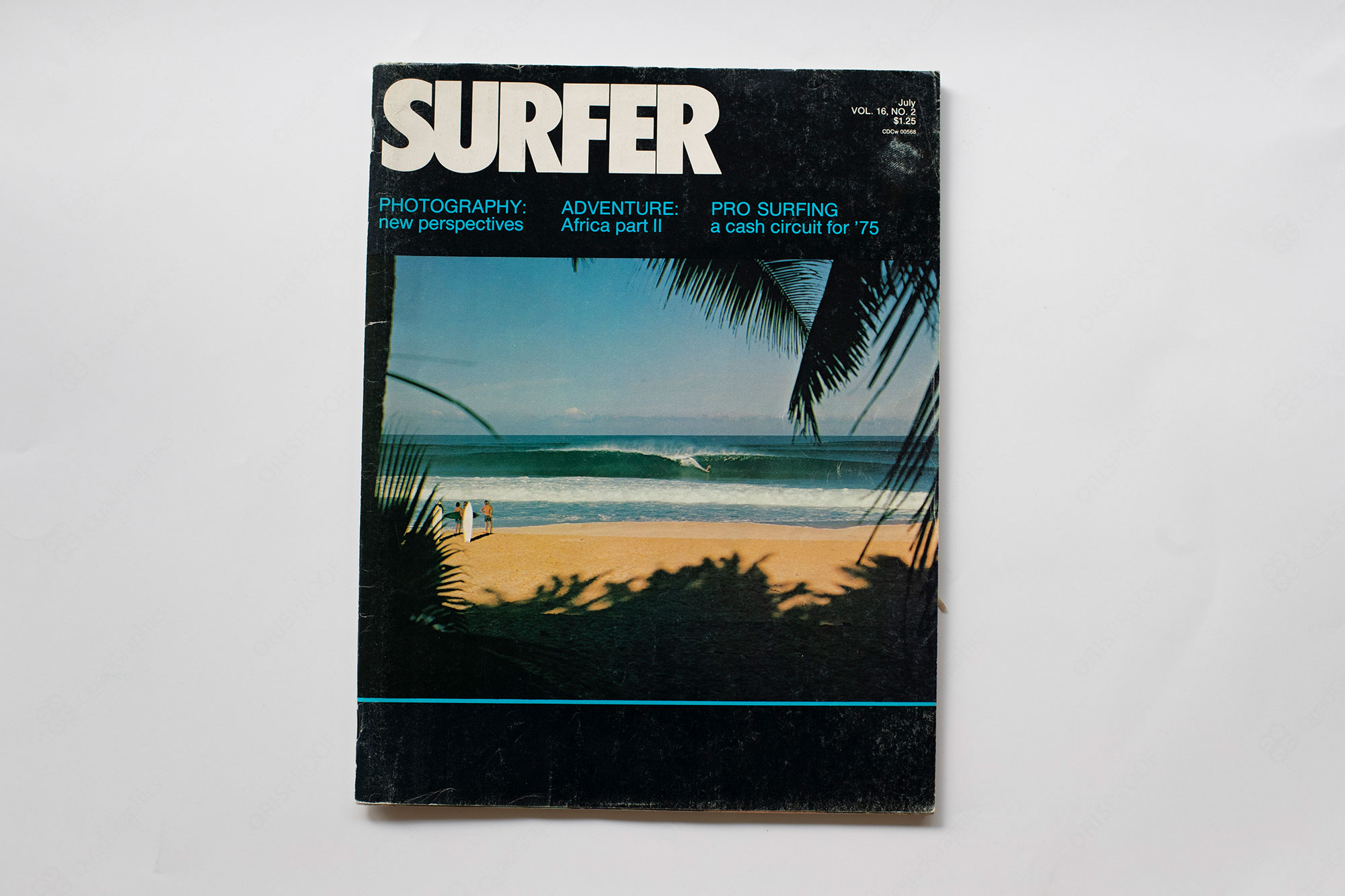 “We’d all paid our dues at various frontiers,” wrote Southern California surfer Kevin Naughton in a dispatch from Africa published over the course of three issues of SURFER Magazine in 1975. Or was it Naughton’s traveling partner, Southern California photographer Craig Peterson who wrote that? The duo famously penned their epic travelogues in the third person, with the narrator attributing quotes to both Naughton and Peterson, so we can’t be sure.

In any event, in Part II of Naughton and Peterson’s Africa feature, the line about paying dues serves to paraphrase a campfire conversation between an international gaggle of surfers—our two American narrators, Tito from Brazil (whose epic 4×4 rig makes him the OG #VanLife acolyte), and a group of Australian surfers led by 1973 Australian National Champion, Richard Harvey. It’s a reference specifically to issues related to customs enforcement (“border hassles,” as our narrators call them).

But taken out of context, the line could easily serve as the summation of our shared experiences as traveling surfers. It’s the gist of the stories we tell when—like Naughton, Peterson, Tito, and Harvey did nearly 50 years ago as waves thundered behind them on that African beach—we encounter surfers from other parts of the world. Every surfer can relate on the subject of dues paid in exchange for waves; greasing a highway patrolman, evacuating a stomach bug, wearing a piece of exposed reef or a brutal, local-hootch-induced hangover, etc.

It’s partly why, today, many find stories of surf travel hardly worth the ink. By now, we’ve all done some version of these things, and it often feels like all the true frontiers have long since closed.

But when Naughton and Peterson first left Southern California for the frontiers of Mexico and Central America in ’73, then later Africa where they filed the story in question, they were pioneers. And, as they say, “pioneers take the arrows.”

Naughton and Peterson were just teenagers when they left Southern California in the early ‘70s for parts unknown. By the time they reached Africa they’d become household names in the world of surfdom for their wanderlust-inducing travel stories, and lightning rods to some degree for splashing photos of underground, already pioneered spots like Petacalco on the pages of SURFER.

They were a complementary pairing, to be sure. Peterson, the kneeboarder with a natural feel for photography (and a Ron Stoner-cribbed telephoto lens) snapped the majority of the surfing action, which was mostly of the hulking, yet graceful Naughton.

When the duo left the States in ‘73, nearly 10 years after Bruce Brown premiered “The Endless Summer” to high school gymnasiums of frothy Southern California surfers, the U.S. was in a state of cultural upheaval. The Vietnam war was still raging. The Watergate scandal threatened to upend democracy. Pollution and urban decay rendered many cities dystopian hellscapes. 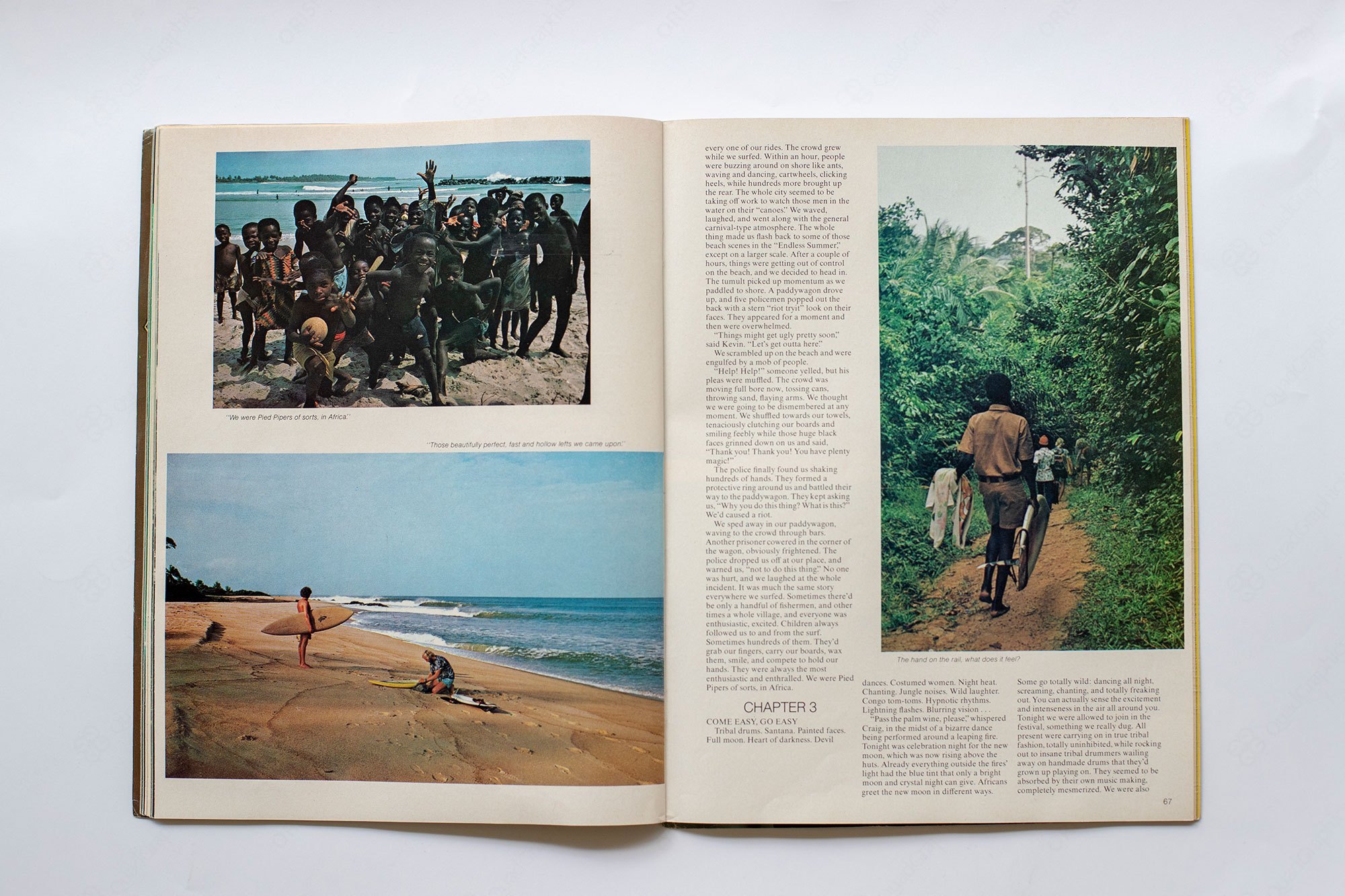 Naughton and Peterson left it all behind, satiating an audience hungry to do the same by recounting their surf soaked adventures. Along the way they invented the checklist for surf travel stories: mixing, mingling and imbibing with exotic cultures? Check. Precarious sussing out of promising surf spots? Check. Unheralded scores, punctuated, of course, by a ceremonial naming of a new break? (Fantis, Capemounts, Bushman’s, Victoria’s, Tabaskis, and Sharasy Reef were just a few) Check and check.

It wasn’t all just rote recounting, though. The duo had style. New journalism was the approach de rigueur and Peterson and Naughton, like any good acolytes of Tom Wolfe and Hunter Thompson, immersed themselves in their narratives, adopting fiction techniques and deploying conversational style with plenty of esoteric language (“lookit!” “Didja see that?”), which certainly endeared them to the surfers of the day.

The Africa sojourn took the duo through Ghana, Senegal and Liberia among other locales, though the exact countries are never mentioned, which makes Naughton and Peterson trailblazers of another surf travel story trope: the smokescreen.

Though the dream of pioneering new breaks and surfing them with no one around might be the most enduring legacy of the Naughton-and-Peterson-style travelogue, the parts of their stories that have aged the best have little to do with waves. It’s how they describe the time between scores that still feels relatable, regardless of how exotic your own surf travels have been. 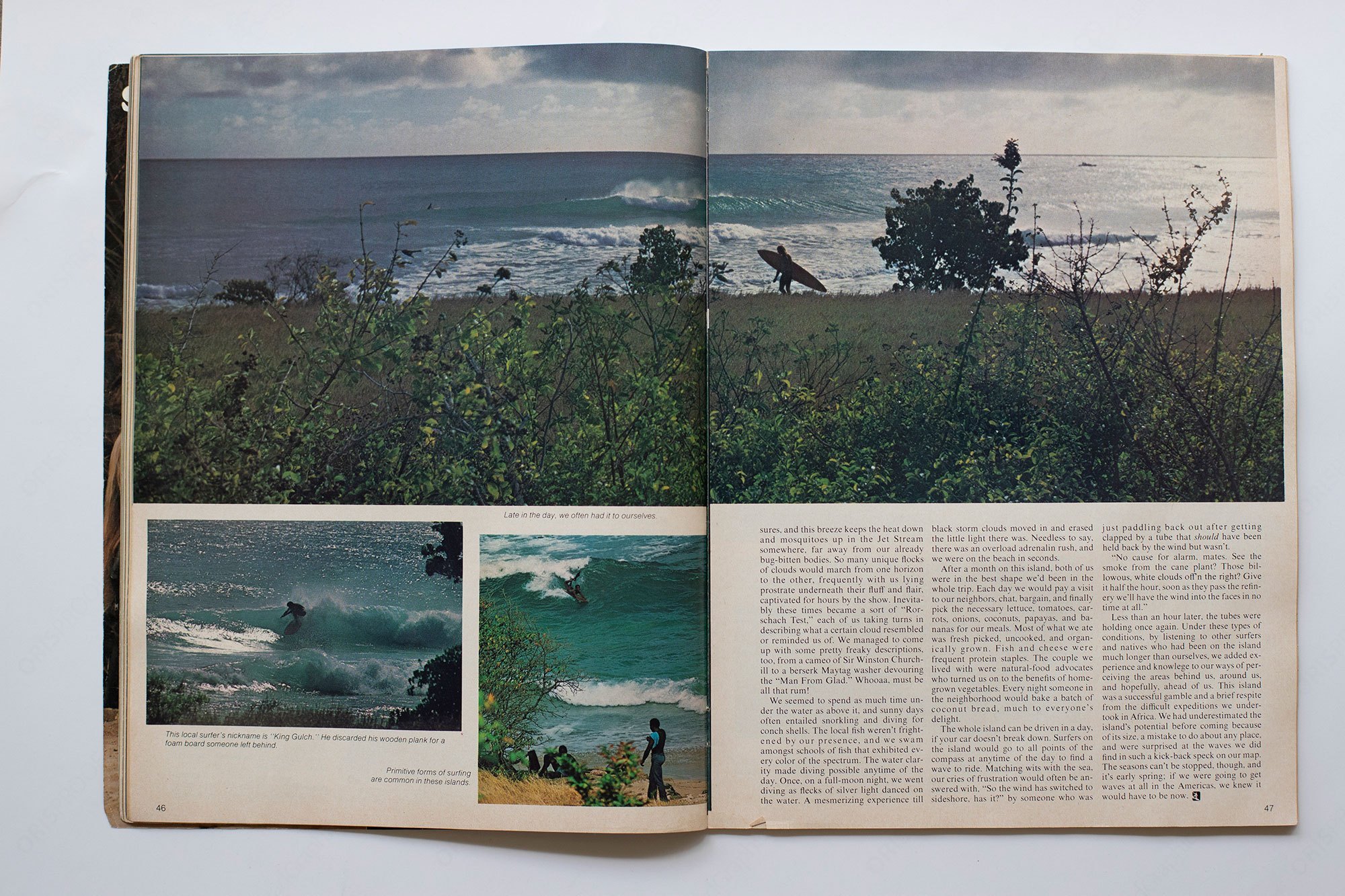 “On a clear night when millions of stars provide a moving light show, talk comes easy on almost any subject under and above the sky,” they write during a particularly long stretch of strikeouts, before recounting a list of more than two dozen conversational topics including music, religion, U.F.O.s and “places we’re going, places we’ve been.”

It’s one of the most beautiful and universal truths of surf travel that downtime out of the water—whether surfed out, surf-starved or perhaps just a little stoned—allows ample opportunity for deeper human connection and shared understanding. We’ve all paid our dues in search of surf, but sharing those adventures with others makes it feel like there’s always plenty left in the account.

[This article originally appeared in SURFER Vol 60, written by Matthew B. Shaw]