What Can a Surf Comp Mean for a Community in the COVID Era? 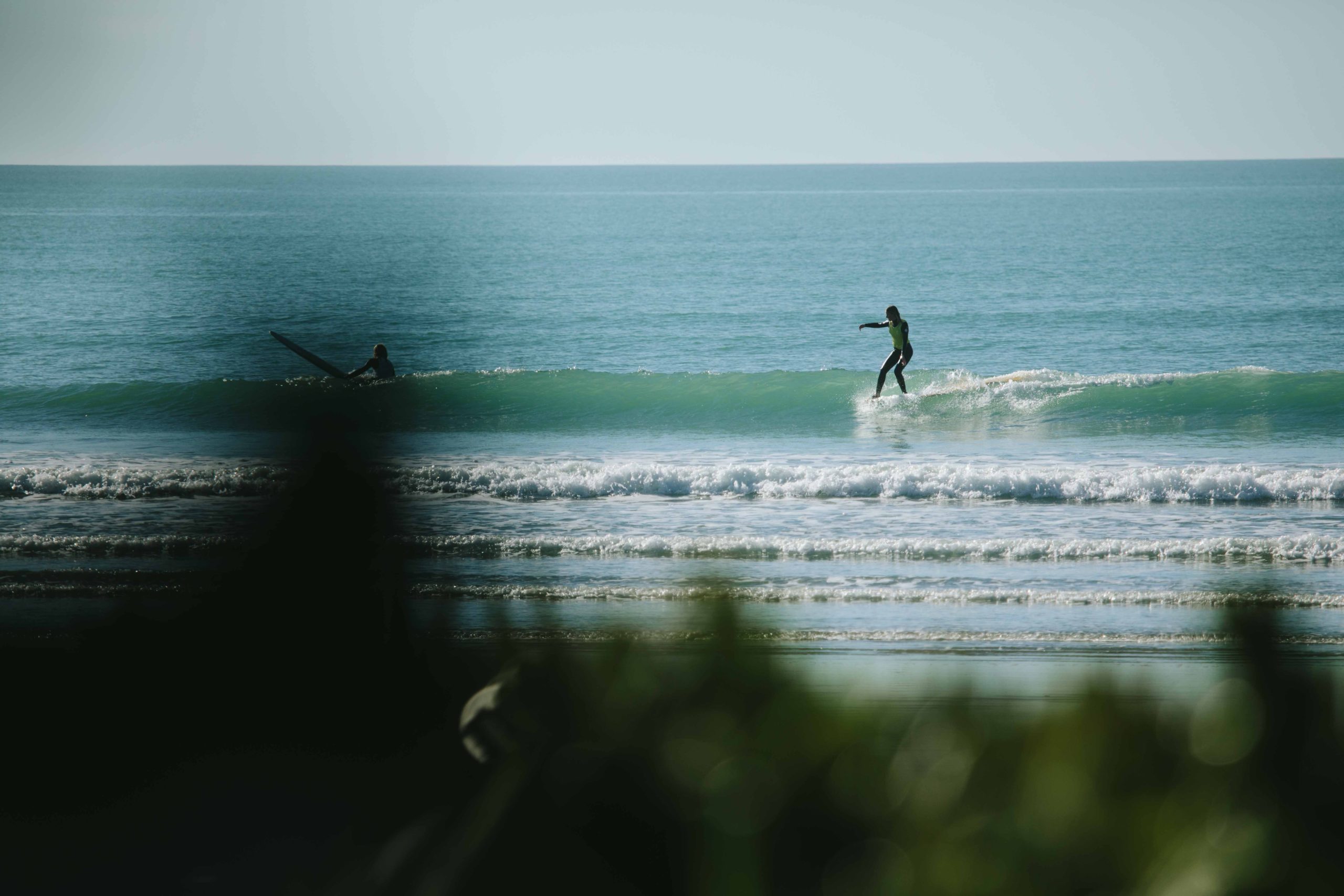 For surfers, the inevitable cancellation of summer travel plans represents another not insignificant COVID-19-related disruption to life as we know it. And for a globally-minded, rather nomadic group of classic-log-inclined surfers, that disruption has put a pause on what — in the last few years — has become a sort of unsanctioned longboard tour, with stops in Bali, Mexico and New Zealand, among other locales. The latter of those three events, the popular Single Fin Mingle, was set to run in Christchurch in March. But as the coronavirus raged across the globe and the New Zealand government plotted its own restrictions on mobility, Mingle impresario and Kiwi surfer Ambrose McNeil pressed pause on the event.

“We had more than 50 longboarders planning to travel over so we knew we had to announce that the event was off before any more arrived,” says McNeil. “It was heartbreaking but it was pretty clear that there was no way we were going to be able to run the event anywhere close to what we had planned.”

Soon after McNeil canceled the Mingle, New Zealand implemented one of the world’s strictest lockdowns, closing its borders, restricting nonessential business, confining the population to their homes, and essentially banning surfing outright. A month later, that lockdown proved to be one of the most effective in stamping out the virus, as the island nation has now lifted all COVID-related restrictions and, as of July 28, has just one active coronavirus case.

By June 1, the Single Fin Mingle was, as McNeil says “ready to roll.” McNeil and his team strung the content together for the weekend of July 24-26 and under bluebird skies, a mostly local crew was able to not only compete in pretty flawless logging conditions in Christchurch, but gather together and rage into the wee hours sans-social-distancing. In effect, the event could serve as a beacon of hope for a post-COVID world; like McNeil and his Kiwi compatriots, we will mingle once again.

We recently caught up with McNeil to ask him about the 2020 Single Fin Mingle and how the event for two years in a row now has offered an opportunity for healing for the local community.

An event participant, showcasing why the Single Fin Mingle has become a destination event for a kind of nomadic, classic-log inclined surfer.

So the 2019 Single Fin Mingle took place right after the Christchurch mosque shooting. I know that year’s event offered an opportunity for some healing for your community there. What about this year? Was it similarly rewarding or healing in the face of this global pandemic?

Yeah totally. The event is always such a special celebration of our community coming together. I think last year the celebration of love and togetherness in the wake of the tragedy in Christchurch was so important for our city. This year it was so evident how grateful our attendees were –everyone realized how fortunate they were to be at the event considering what has been going on in the world.

The mingle has always hosted an international crew. Was it more local this year than in year’s past?

Yep, with the borders closed it was pretty much all Kiwis, apart from a few internationals who have been living here. Although it was disappointing that all of our friends from around the world couldn’t make it, there was something pretty special about an all-New Zealand event. It brought it back to the feeling of the very first year. Moreover, I think it was epic for all our best longboarders to have a chance to compete together and the standard of surfing was still world-class.

I know New Zealand has dealt with the pandemic a bit more efficiently or successfully than us here in the States, but were y’all able to gather like in the past? What kinds of restrictions of safety measures did you have to put in place?

All hail [New Zealand Prime Minister] Jacinda Ardern! It’s amazing what good leadership can do. I’m sure being a small ssland at the bottom of the world has been beneficial in this pandemic, but if it wasn’t for our Prime Minister’s decision making we would have lost tens of thousands of lives to COVID19. In regards to the event, other than keeping a record of attendees’ details and promoting good hygiene, there were no restrictions or health measures we had to put in place. We had over 700 people at our Saturday night concert so we definitely owe Jacinda a beer for that one. 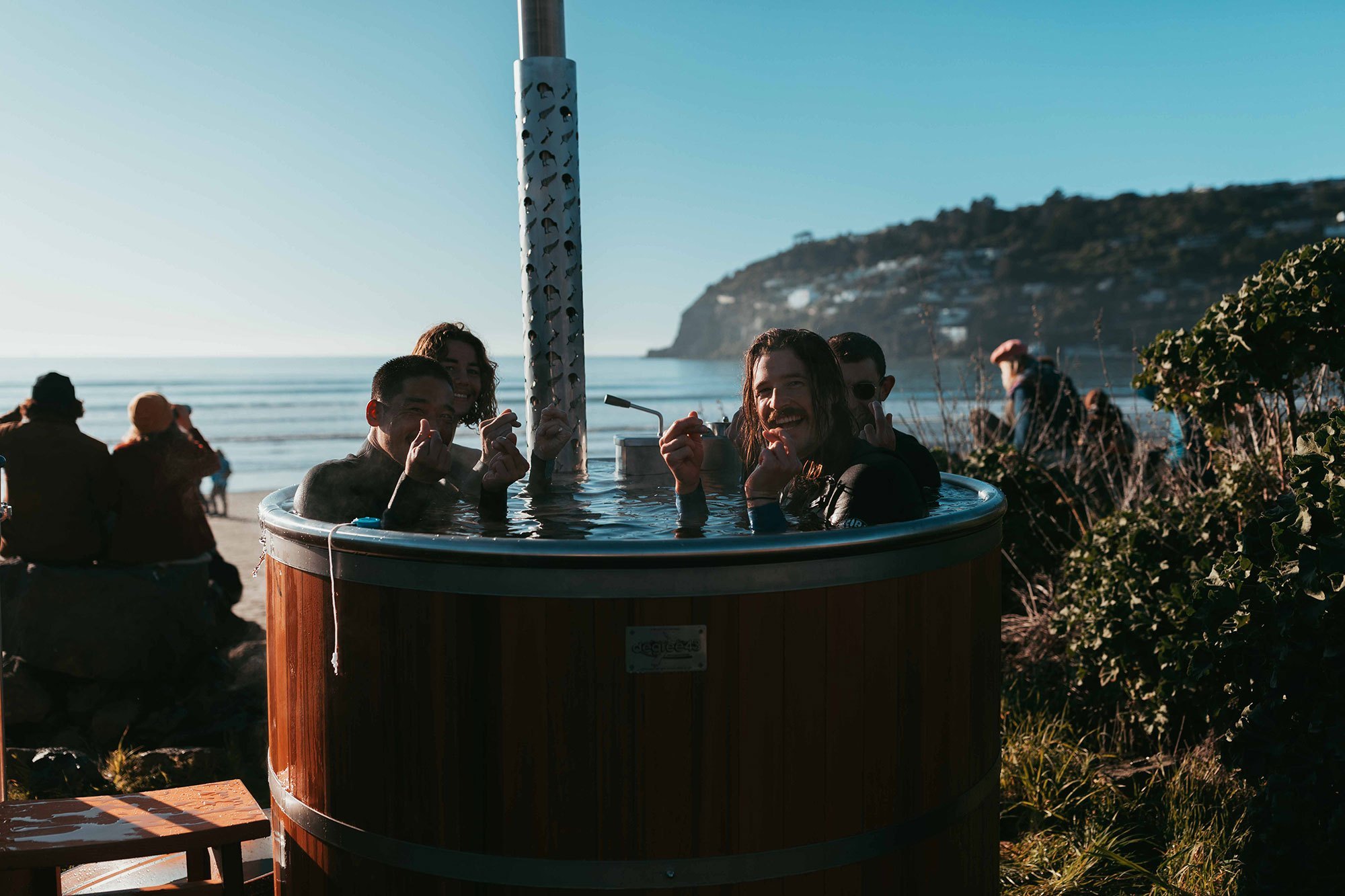 An image that’s equally engrossing for the natural landscape as it is for its portrayal of human interaction. Single Fin Minglers, mingling in post-pandemic New Zealand.

Alright, give me some highlights from the weekend’s action and events. The waves looked pretty damn perfect for a log comp.

There were lots of highlights, but I think the biggest was definitely the weather! Like it’s the middle of winter down here and has pretty much been raining for two months with most days sitting around 44 degrees. So the fact that the one weekend we decided to run the event it was flawless — blue, sunny skies — was pretty amazing. The waves were small this year, but perfect conditions. So all in all made for a pretty idyllic weekend at the beach. Oh and the party I was talking about, that was insane!

IWell you’ve been running this thing for a few years now — when you look back at all the events, what’s been the most rewarding aspect of the Single Fin Mingle for you?

Making people happy. I know that might sound a bit cheesy to some, but at the end of the day, I’m not sure why else you would run an event.