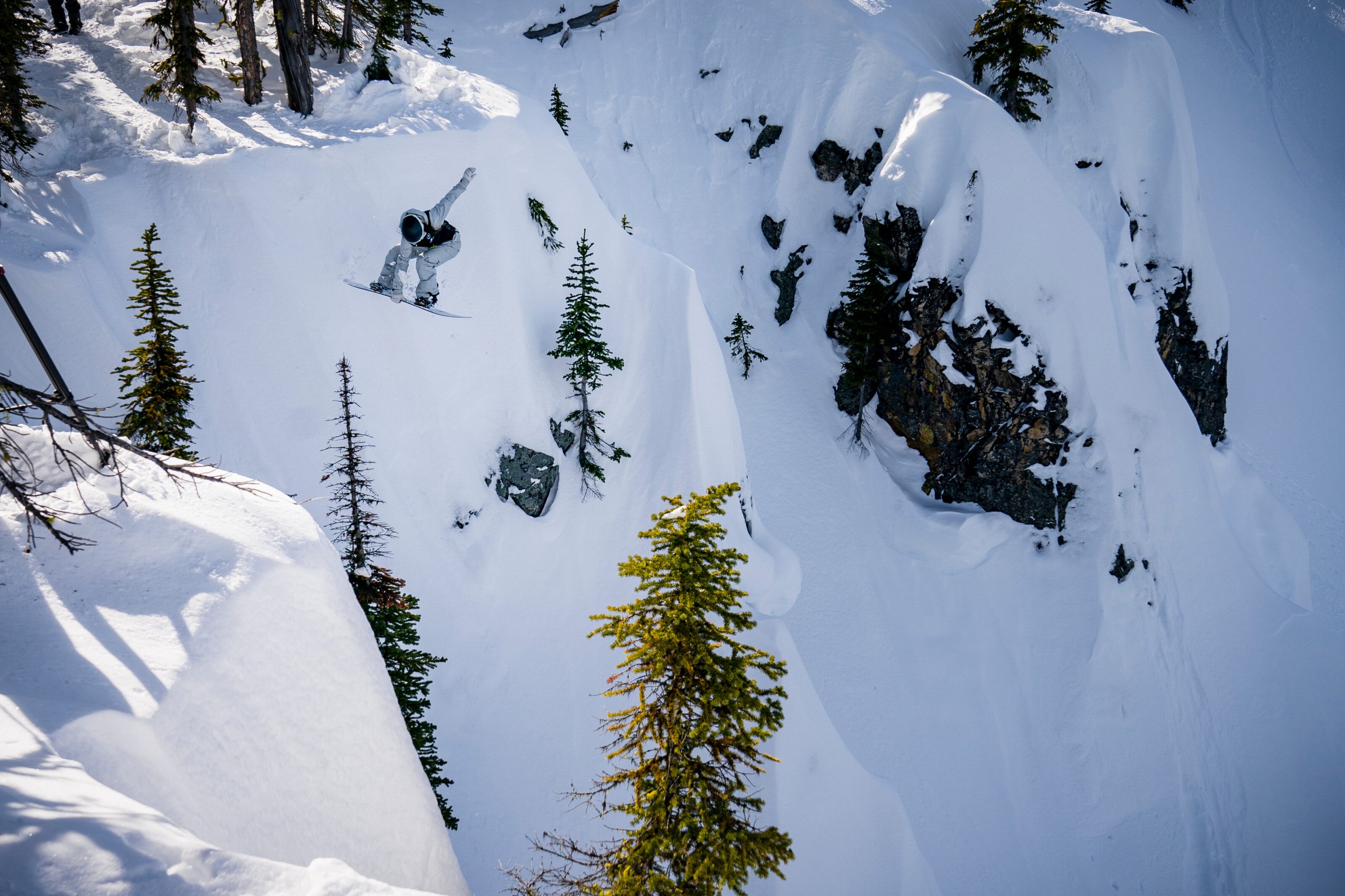 Full broadcast and recap below:

With the lines and video parts judged, Canadians Chris Rasman and Robin Van Gyn take the win in British Columbia. Both riders pushed the boundaries of backcountry freestyle riding to earn trips north to Alaska to compete at the HempFusion Natural Selection at the Tordrillo Mountain Lodge super final and Model Year 2022 Polaris Snowmobiles. Watch more at Red Bull TV.

On day three, riders dropped into showcase lines of their choosing. Mark Sollors launched first with riders taking turns tackling their three runs. They navigated through a zone with a bit of everything from cliff bands and chutes at the top, to pillows and boulders ideal for freestyle tricks in the mid-section, and thousands of trees to slip around throughout. As in Jackson, there were no pre-runs, so all lines needed to be tackled on-sight.

Rasman, who had the opportunity to compete at both the first and second event explained, “The Baldface Valhalla stop was completely different from Jackson; it was a raw and untouched backcountry venue. We had to select lines from completely natural terrain; look for transitions, memorize the landmarks, not get lost, and stay on our feet for a nearly two minute top to bottom lap like I’ve never ridden before.”

The show broadcasted exclusively on Red Bull TV held viewers in suspense until the very end when the winners, Rasman and Van Gyn, were revealed in a video call with Natural Selection Tour co-founders Travis Rice and Liam Griffin.

Rasman cleanly landed his first run through the zone starting with a cab 5 step-down into a chute, followed by a stylish Miller flip and back-to-back backside and frontside 360s, topped off with a laid-out backflip at the bottom. Paired with his video part, this standout line locked in his win. “Winning any of the Natural Selection stops would be an insane feeling, especially for someone like myself who has no history or experience with contests or podiums. All of the snowboarding I do is in the privacy of the backcountry, with the small crew that I’m documenting it with,” said the men’s winner. “When you dedicate your entire life to something, it’s hard to properly articulate the feelings you get when things work out for you.”

The other twice-invited rider on the Natural Selection Tour, Van Gyn, smoothly made her way through a pillow line at the top, nailed a handful of straight airs off cliffs and added a frontside 360 in her second run to secure enough of a lead to take the women’s side of the contest. “It feels awesome to sneak away with a win on my home turf surrounded by close friends. This experience was totally different from Jackson. Here we had to do more than just snowboard, we also had to think about filming and navigating the fully natural, varied terrain. There were so many things at play, you really had to be on it,” said Van Gyn, who also works as a backcountry guide at Baldface Lodge’s original tenure outside of Nelson.

Viewers worldwide are able to watch the highlights from British Columbia again and again on Red Bull TV, captured on the custom-built racing drones first used at the opening Natural Selection event in Jackson Hole, high-definition camera systems and on GoPros.

The Tour will culminate at the HempFusion Natural Selection at Tordrillo Mountain Lodge in Alaska, where the best snowboarders in the world will be crowned. Competing in Alaska will be Rasman and the top three men from the YETI Natural Selection at Jackson Hole; McMorris, Ferguson and Bang. On the women’s side Van Gyn will be up against the first and third place finishers from Jackson Hole; Sadowski-Synnott and Beaman, as second place finisher Haerty, was unable to arrive in the U.S. with current travel restrictions. The winners will be announced in the highlight show premiering in mid-April exclusively on Red Bull TV, and will each win an all-new, adventure-ready, 2021 Bronco Sport.

Looking forward to the super final, Rasman says, “This stop of the tour was a solid bridge and transition to the type of riding and experience needed to compete in the super finals. That doesn’t make me any less nervous about Alaska. I’m going up against three of my favorite snowboarders, some of the best in the world, in the largest and most beautifully frightening snowboard terrain this planet has to offer.”

Through the Industry Alliance marketing platform, endemic brands are able to directly support the events and their team riders competing on the Natural Selection Tour. Alliance members receive brand presence on streaming, broadcast and at the events, along with access to content and social assets from the Tour for marketing their team riders. The Natural Selection Tour thanks BOA, Burton, Mervin Manufacturing, Oakley, Quiksilver, Union Binding Company, VANS, Salomon, K2, The North Face, Jones Snowboards, Picture Organic Clothing, Smith Optics, Salomon and Spot Insurance for being the founding members of this industry-unifying effort.

Stay tuned to @NaturalSelection and @RedBullSnow on social media starting March 28 for glimpses of the action going down in Alaska. And premiering in mid-April, don’t miss the top action and announcement of the champions from the HempFusion Natural Selection at Alaska as it debuts exclusively on Red Bull TV.