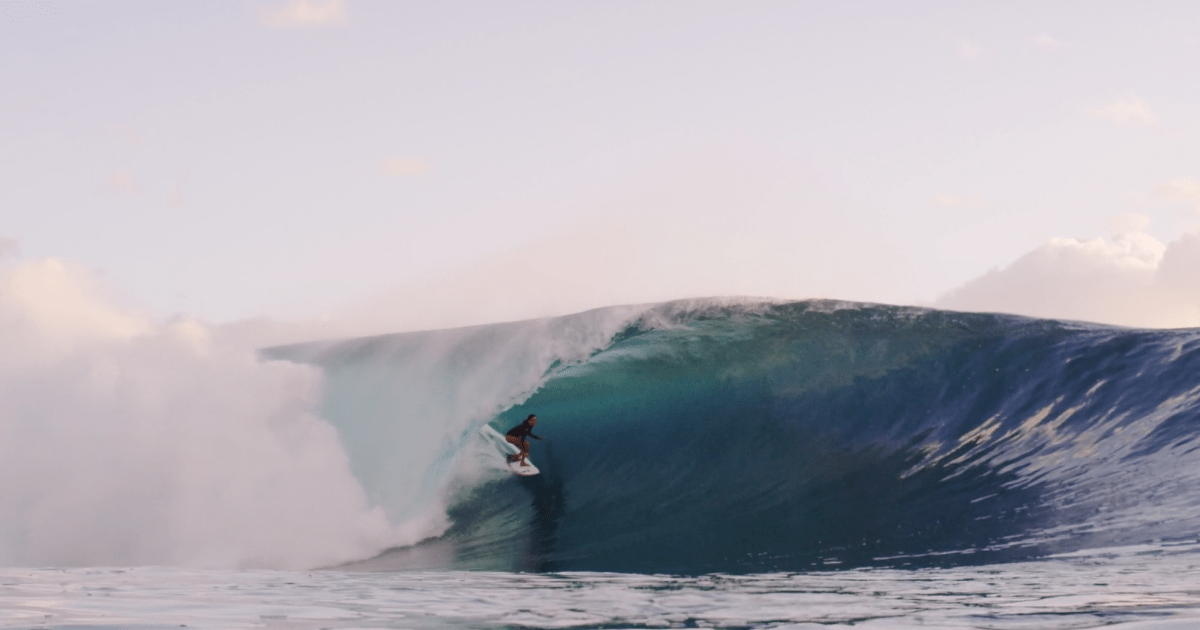 A couple of years ago, Tahitian charger Vahine Fierro won the award for “Women’s Best Barrel” at the 2019 SURFER Awards with this heavy tube. Since then, her name has ricocheted throughout the surf world and has become associated with heavy Chopes caverns. Whenever the waves are heavy and firing at the End of the Road, you can expect young Fierro to be out there.

Filmmaker Morgan Maassen recently spent time with Fierro and her two sisters, Heimiti and Kohai, documenting their life on the island of Tahiti and and their sessions in waves of consequence. “Vahine, Heimiti, and Kohai exude the vibrancy of life, and do it together,” writes Maassen about the stars of his new edit, which you can now watch above. “Their bond is nothing short of magic; these young women are woven into each other’s growth and success. Watching them knock on the door of Teahupo’o one-by-one, Vahine leading the way into some of the heaviest waves I’ve ever seen women surf, is enthralling. And so, to visit them at their home, to spend time with the family, to explore nature and the sea with them, all the while chasing swells and watching these women charge bigger and bigger surf, has been utterly moving. I am such a huge fan of these sisters, and the opportunity to point my lens at them as they live and grow was the thrill of a lifetime.”

Hit play to watch the Fierro women thrive in their natural habitat.