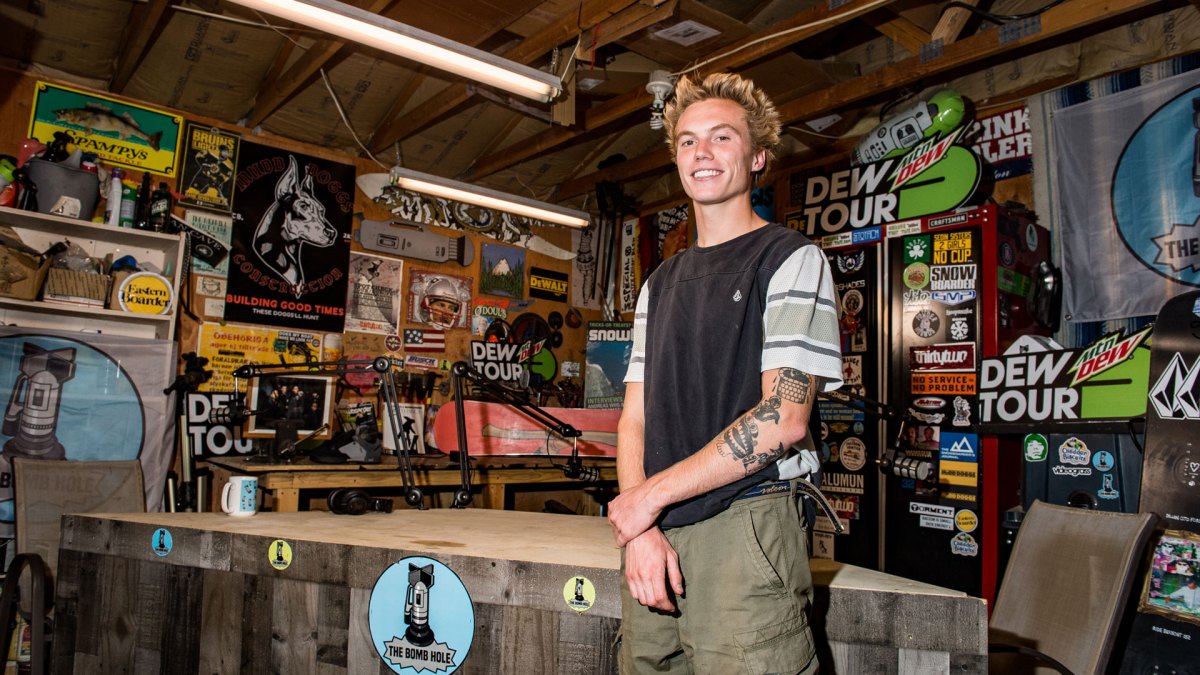 Reid Smith brings some honest New Jersey hilarity to The Bomb Hole set, dishing on maneuvering his way onto Volcom, chasing snowboarding around the country during high school, pork roll versus Taylor Ham, the Dustbox, who’s getting paid, his SNOWBOARDER cover and much more! Lots of bullseyes here, but he is wrong about Taylor Ham. Pork roll 100 percent!

Getting sponsored, the Dust Box crew, magazine covers, New jersey roots, and snowboardings changing of the guard. Reid Smith is one of snowboardings up and coming new shredders and has been leaving his mark in the industry with Snowboarder Mag’s latest cover and locking down an ender video part in one of last season’s top movies. We sit down with Reid and find out what it’s like to be a young rider in today’s hard market. Reid went from riding the small mountains of the east coast to living the dream in Salt Lake City and we talk about the journey on this weeks episode of the Bomb Hole!