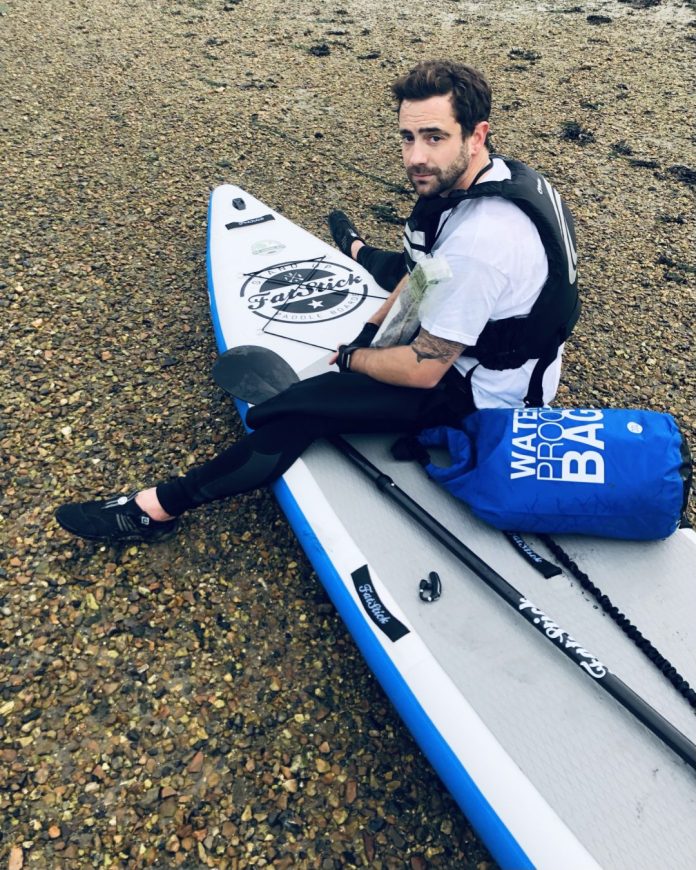 U.K. paddler, David Haze aka the Nomadic Paddler is training for his World Record run to cross four European lakes across four different countries in four days. Why is he doing it: Read on about Paddle 4 Change.

David Adams, a.k.a the Nomadic Paddler, has big plans and a big heart. David has plans to paddle lakes in 4 different countries in 4 days and set 4 World Records in the attempt. 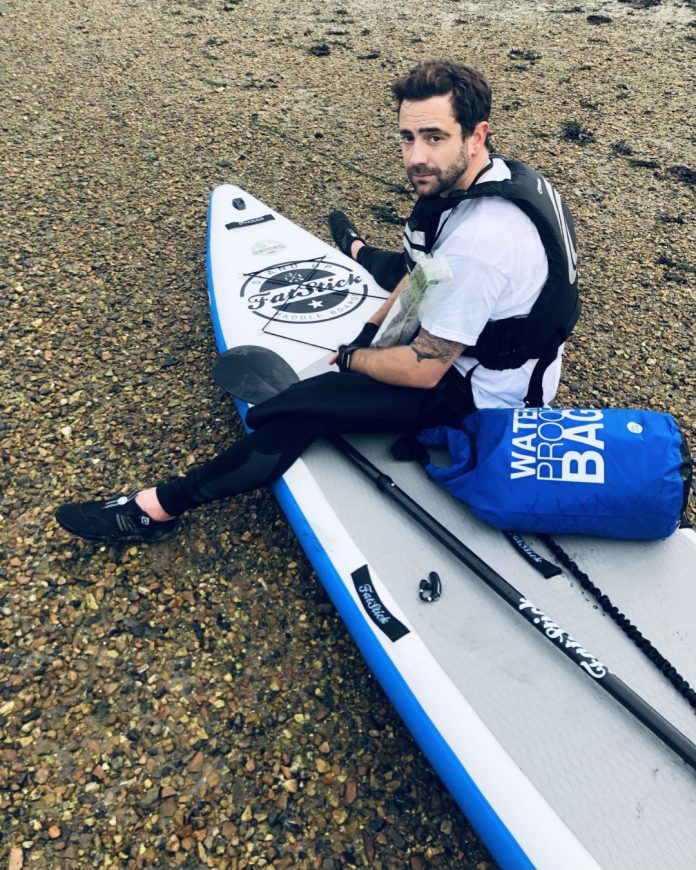 U.K. paddler, David Adams aka the Nomadic Paddler is training for his World Record run to cross four European lakes across four different countries in four days. Why is he doing it: Read on about Paddle 4 Change.

David Adams has a plan for March 2021. He wants to create four stand up paddle world record attempts as he crosses four separate lakes in Scotland, England, Northern Ireland and North Wales. Motivated by the need to inspire others and ‘paddle the world’, Adams will set out to do what no man or woman has done before.

“I hit some low points myself.
I discovered what was missing in my life:  Adventure.”

His first conquest will be Loch Awe in Scotland, approximately 30km across and easily ‘the most beautiful’ of the four lakes. From there, he will move to Lake Windermere in England for his second crossing of about 17km. After Lake Windermere (we just like saying that name 😉 David and his team will jump a ferry to Liverpool, Ireland to cross the Irish Sea and then drive north to Belfast. In Belfast, his next challenge awaits at Lough Neagh, the largest lake in the U.K. at 151 square miles. The following morning, he will head back to Liverpool where he and his team will again jump the ferry to take them to Northern Wales. David will finish at Bala Lake (Llyn Tegid) in Snowdonia to complete his 4th World Record in four days. 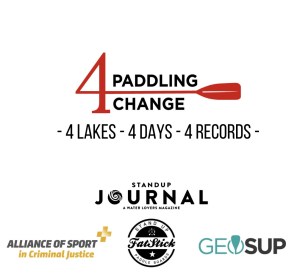 Help David Adams, the Nomadic Paddler, raise support for Paddle 4 Change and Alliance for Sport in bringing the power of sports to prisons across the U.K.

David created a fundraiser for his efforts called Paddle4Change. He wants his paddling to support a criminal justice advocacy program in the U.K. called Alliance of Sport.

The opportunity to repair one’s life after incarceration is a particular passion of his. He became inspired after having worked with Penal Reform Solutions while serving his second prison sentence at HMP Guys Marsh. David was released in April 2020.

“Whilst I was inside, I dreamed about that moment when I’ll have finished the final lake and am off the water, completely drained.
That’s what kept me going.”

His passion for paddling and this world record attempt is pointed at advocating for the building of a safe and better society through the use of sport within the Criminal Justice System. Alliance of Sport makes every effort to reduce violence, crime and offset the chance of individuals within the criminal justice system from reoffending. All of which are end goals this nomadic paddler would like to see. 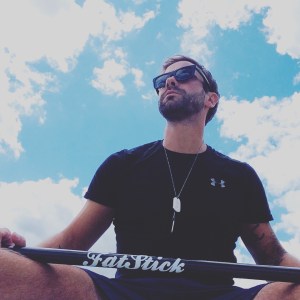 David Adams contemplates the criminal justice system and whom might benefit from the inclusion of more sports as a path back to success.

What Inspires You? David Adams Speaks to SUP

“After reaching the lowest point in my life, I realized I had been distracted from my true values and what made me come alive. I am now on a journey of ‘self discovery’, a quest to take my love for adventure, SUP and bringing people together out into the world. The aim is to inspire and motivate personal growth.

I want to live by my own example. That is why I am about to launch my ‘Paddling4Change’ challenge, a first of its kind SUP adventure.”

Everyone of us can help to create safer communities and harmonious environments by supporting fantastic charities like Alliance of Sport. If you believe in growthand want to help support a good cause, go to David’s JustGiving fundrasier at: Paddle4Change

If you’re feeling generous, leave a donation. 100% of the proceeds will go a long way towards making a difference in the lives of people who often need a second chance.

You can follow David Adams’ journey HERE at Standup Journal Online as we report on his progress, training and while on the course with him. We will offer updates in the weeks ahead as the Nomadic Paddler confronts four World Record attempts of his own making.